The Door: The Ark and the Good News

Why Did God Send the Flood?

The pre-flood world was exceedingly wicked and filled with violence. The Bible states that all flesh had corrupted its way on the earth. God sent the global flood to judge the evil world while preserving Noah’s family and representatives of land animals.

One of God’s specific instructions for Noah was to build a door in the side of the Ark. Noah and his family entered this door to be saved from the flood. Everyone outside of the ark perished.

“Make a roof for the ark, and finish it to a cubit above, and set the door of the ark in its side. Make it with lower, second, and third decks. For behold, I will bring a flood of waters upon the earth to destroy all flesh in which is the breath of life under heaven. Everything that is on the earth shall die.” Genesis 6:16-17

What’s Wrong with This World?

God created a perfect world, but our first parents, Adam and Eve, chose to rebel against their holy Creator. Their sin brought suffering and death into creation, and since all people are descendants of Adam, all have inherited a sin nature set against God. Furthermore, all have sinned and fall short of the glory of God (Romans 3:23). We live in a fallen, sin-cursed world where men love darkness rather than light.

Will God Judge the World Again?

The Bible states that God will judge this wicked world once again, but this time it will be by fire. In fact, Jesus compared the days of his return to the days of Noah. People were caught unaware by the judgment because they were so focused on the things of this world, such as eating, drinking, and marriage. Similarly, Peter prophesied that skeptics would come in the last days and would mock the biblical teachings of creation, the flood, and the coming judgment. We see these things happening in our day, and God always keeps His promises—judgment will come.

“Therefore, just as sin came into the world through one man, and death through sin, and so death spread to all men because all sinned.” Romans 5:12 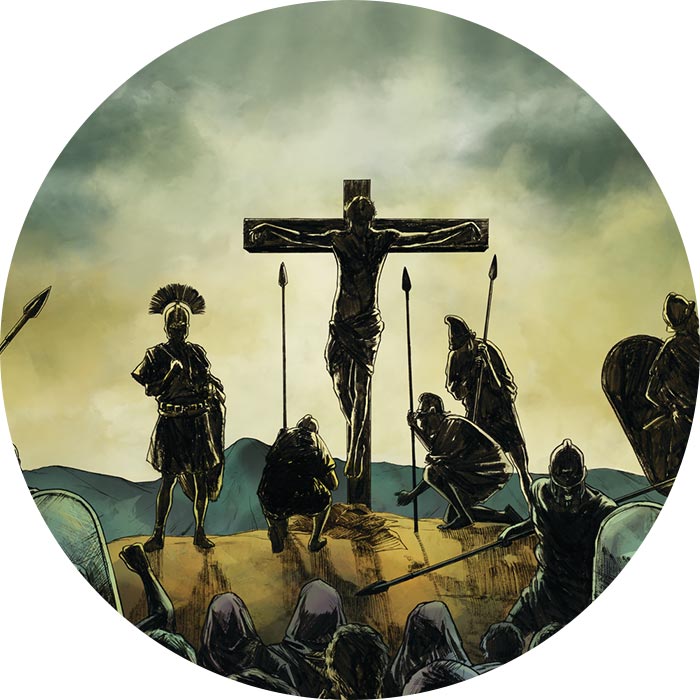 Noah’s family entered the ark’s door to escape the physical destruction of the flood. God has provided another “door” to save people from the coming eternal judgment. Jesus Christ said, “I am the door of the sheep” (John 10:7). In that culture the shepherd really was the door to the pen—they would rest in the entryway, ensuring that the sheep would be kept safe. Jesus, the Good Shepherd, is the door through which we must enter to be saved from our sin.

Jesus Christ, the Son of God, became a man, lived a sinless life, and then willingly died on the cross as a substitute. As man’s sin brought death, the Son of God died to redeem man from his sins. Three days later, Jesus rose from the dead, showing that he held power over death and demonstrating God’s acceptance of Christ’s payment for sin.

“For God so loved the world, that he gave his only Son, that whoever believes in him should not perish but have eternal life.” John 3:16 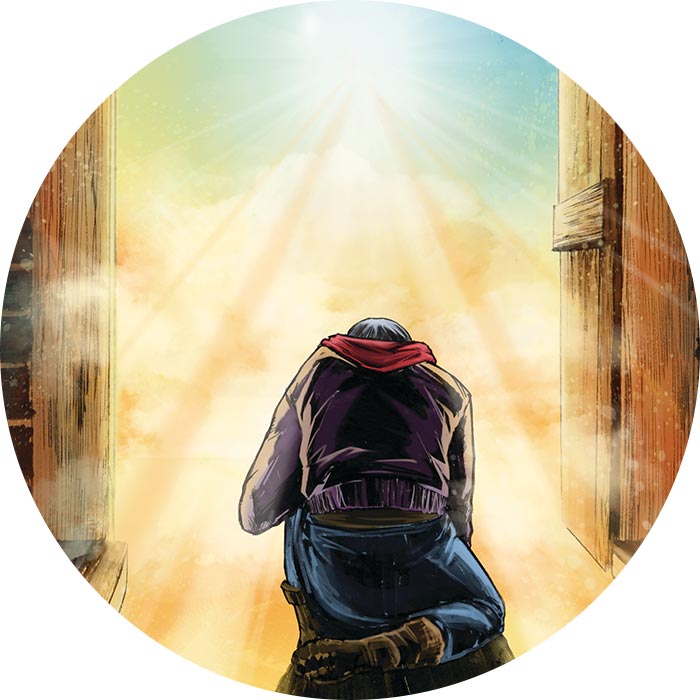 Who Needs to Be Saved?

Who is in danger of God’s coming judgment? The short answer is “everyone.” Since God is holy and perfect in every way, he must judge sin. As such, each of us deserves to face God’s justice because we have broken His laws. If you stop and examine your own heart, you will recognize times where you have lied, stolen, coveted, and failed to honor God as he deserves. On our own, each of us stands condemned to suffer eternally because of our rebellion, and we need someone to save us from God’s wrath.

How Can I Go Through This Door?

We cannot earn God’s forgiveness as manmade religions teach—it is only offered freely through the sacrificial death, burial, and resurrection of Jesus Christ. We receive God’s forgiveness only through faith in what Christ has done. This means that we repent of our sins, trusting in Jesus and believing that he died for our sins and rose from the dead. In faith, we acknowledge our guilt before God and plead with our Creator to forgive us and save us from our sins.

“If you confess with your mouth that Jesus is Lord and believe in your heart that God raised him from the dead, you will be saved.” Romans 10:9

Have You Entered the Door?

Have you placed your faith in Christ alone to save you from your sins? If not, we urge you to turn from your sins (repent) and call out to God for his merciful forgiveness. Enter the door of salvation today.