Media reports from around the world have focused on Kentucky in the days following the announcement of the Ark Encounter project. Scores of publications such as The New York Times and The (London) Independent have covered the story.

Headlines such as “Kentucky creates a theme park of biblical proportions” and “Kentucky Creates 900 New Jobs—By Building Noah’s Ark” are appearing in Internet searches and at newsstands across the globe.

Answers in Genesis founder and president Ken Ham has written a Facebook post entitled, “A tale of two newspapers,” which describes the anti-Christian agenda that was apparent in an article in the Louisville Courier-Journal, as opposed to a Daily Mail (from the United Kingdom) article that presents the Ark Encounter project as a real news item. 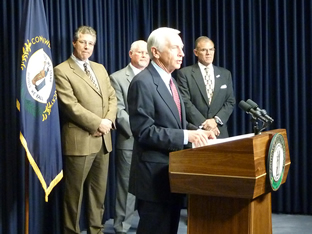 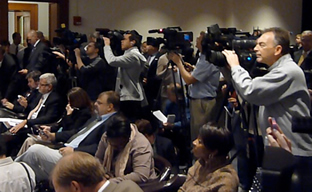 Our weekly Facebook question comes from Charles B., who asked, “How did you estimate the type of village (buildings, homes, workplaces, environment) people lived in before the Flood?”

According to the AiG design director, Patrick Marsh, the village buildings are based upon what we find after the Flood. “Walled cities were prevalent after the Flood,” says Marsh. “What the buildings were made of depends on the region—whether they were made of stone or brick, but we have a good idea of what these ‘city-states’ might have looked like.”

Great question, Charles! Thanks for asking.

Previous Article Piecing Together the Ark Encounter Next Article Did We Strike a Chord (Or a Nerve)?