Has Noah’s Ark Already Been Discovered?

An odd geologic formation located about 15 miles from the summit of Mt. Ararat is gaining notoriety once again. Many people have contacted us inquiring about whether or not this boat-shaped object is truly the Noah’s Ark as some people have claimed.

Popularized by men like the late Ron Wyatt and his organization, Wyatt Archaeological Research, the formation known as the Durupinar Site is approximately the same length of the Ark as described in Scripture. Supporters of this site claim that numerous artifacts have been found in the region and the way these things are presented seem to make a compelling case that the Ark has been found. However, a little bit of digging has given us more than enough reasons to conclude that Durupinar Site is not Noah’s Ark. 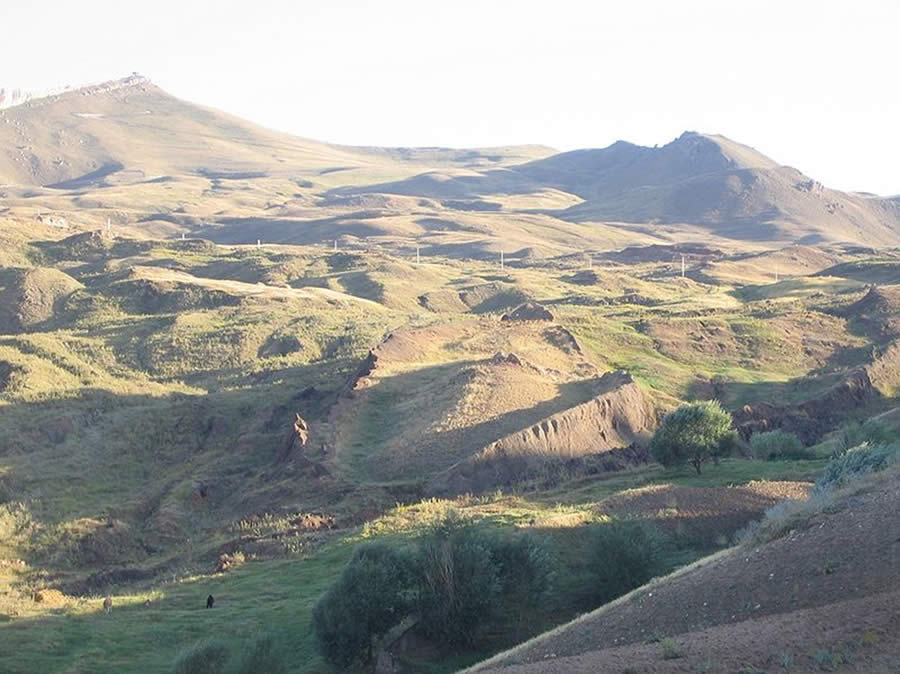 The formation in the middle of this image is known as the Durupinar Site. Although popularized as the remains of Noah’s Ark, we have multiple reasons to dismiss these claims. Source: Wikimedia Commons.

Indeed, it is strange that claims about this structure have resurfaced since the original hype over the site goes back more than 30 years. Despite the assertions made by those who think this is the resting place of Noah’s Ark, qualified geologists and archaeologists who would love to find Noah’s Ark have dismissed it as a natural formation.

In response to Wyatt’s assertions about this site, Dr. Andrew Snelling (Answers in Genesis) wrote a detailed critique over 20 years ago where, in point-by-point fashion, he debunked the major claims made about this site. But Dr. Snelling is not the only creation geologist to reject the Durupinar Site. Dr. John Morris (Institute for Creation Research and long-time Ark researcher who has made multiple trips to Mt. Ararat) wrote these words about the site:

First discovered from the air many years ago it has been well studied by numerous scientists, and nearly all are convinced that it is of geologic significance only. I have personally conducted two rather complete geologic surveys and have had access to most of the subsurface and core-drilling data gathered by others, and am convinced (as is nearly everyone) that nothing there is present which does not have a perfectly rational and simple geologic explanation.

While it would be thrilling for the remains of Noah’s Ark to be discovered in our day, we do not believe this has been done. Yes, it would rank among the greatest archaeological discoveries of all time and would be another piece of evidence in a long line of evidence that confirms biblical history. But we would hasten to remind people that the Ark’s discovery would not persuade the majority of skeptics to repent of their sins and trust in Christ. Those who do not want to be persuaded will develop just about any excuse to remain in their unbelief.

Jesus taught something similar when He told people about a beggar named Lazarus and a rich man. In response to the rich man’s request that someone warn his brothers about the terrible judgment awaiting them if they did not repent, Abraham replied, “‘If they do not hear Moses and the prophets, neither will they be persuaded though one rise from the dead’” (Luke 16:31).

We need to stand on the authority of the Word of God and boldly proclaim the earth’s true history beginning in Genesis. But our ultimate aim is not to merely convince people to believe in the Flood and Noah’s Ark. Our goal is to use these amazing events in history to point people to the most important truth: Jesus Christ the Son of God came to earth as a man to die in our place, bearing our sins, and He rose from the dead three days later.

The Ark Encounter will serve as a testimony to these truths. The global Flood serves as a vivid reminder of God’s judgment upon sin, and Noah’s Ark reminds us of God’s grace and mercy in the midst of that judgment. Similarly, God will one day judge this world again, this time by fire, but He has provided the means of eternal salvation from sin and its punishment through the work of Jesus Christ 2,000 years ago. Those who turn from their sins and place their faith in Him will be saved from the wrath to come.