This concert has already happened. Please check the Events page for future programs.

We are excited to have Steven Curtis Chapman as the first public performer at the Ark Encounter since its grand opening on July 7, 2016. Over the course of his three-decade career, Steven Curtis Chapman has won 58 Dove awards, five Grammys, and one American Music Award. He has sold nearly 11 million albums and has had numerous No. 1 radio hits, including “Live Out Loud,” “Love Take Me Over,” and “Speechless.”

Come be encouraged by the music from Steven Curtis Chapman and awed by the life-size Noah’s Ark as you discover the historic truth of God’s Word. 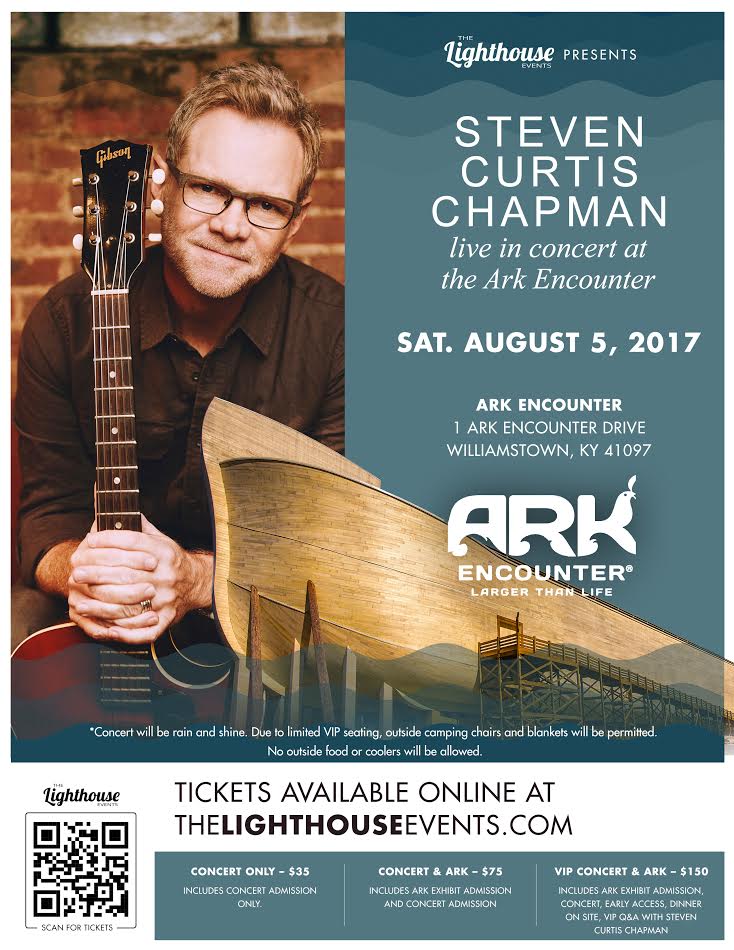