Noah wasn’t exactly a spring chicken when he and Mrs. Noah had their children. He was around 500 years old! Perhaps God withheld children from them for many years or perhaps Noah married late. We just don’t know.

How Old Were Noah’s Sons?

Japheth was probably 100 years old when the Flood came. Based on the genealogy in Genesis 11, it seems like Shem would have been about two years younger. Ham was the youngest brother, but we are not told how much younger he was..

Like their parents, they were likely what we at Ark Encounter call “middle brown”—neither pale nor very dark. Although they would have been near 100 years old when they boarded the Ark, they were fit men in their prime.

What Does the Bible Say About Noah’s Sons?

The Bible does not tell us much about Noah’s sons until after they left the Ark, and then it is only about their responses to an unfortunate situation. And like their mother, their wives are unnamed in Scripture. What were Japheth, Shem, and Ham like prior to and during the Flood? We’ve had to make some educated guesses about them and their wives.

We decided to make Japheth the son who excelled in farming. He is adventurous and looks forward to the future. His wife, Rayneh, is artistic and makes crafts. In her limited spare time, she enjoys sketching and painting the Ark’s animals.

Shem’s descendants included shepherds like Abraham, Isaac, Jacob, David, and eventually the Good Shepherd, Jesus Christ. As such, we depict Shem as the expert in caring for animals with a special interest in learning about God’s truth. His wife, Ar’yel, is a perfect match for him. She is intelligent, logical, and also enjoys studying. 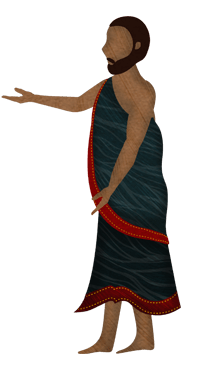 Noah was obviously gifted in construction, so we decided that this trait should be passed on to his youngest son. Ham enjoys building things with wood and metal, and he is the most ambitious of the sons. His wife, Kezia, is also a hard worker, and she is more interested than the other women in dressing up and looking her best.

Who’s Related to Whom?

We’re all related. While we all can all be traced back ultimately to Adam and Eve, Noah’s sons all bore the DNA of Noah and his wife. Together, their DNA and that of their wives generated humanity’s entire genome. 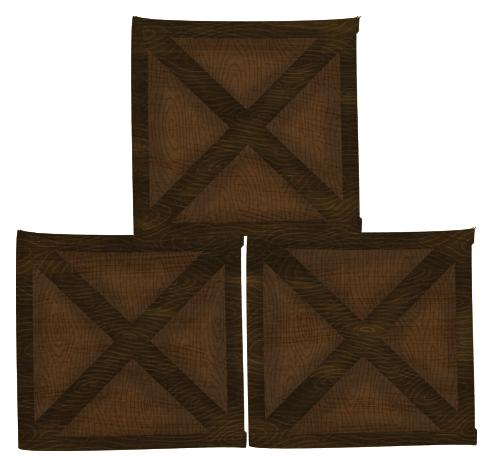 The Ark was not only home to representatives of all land-dwelling, air-breathing animal kinds. It was also home to Shem, who would become the great (x7) grandfather of Abraham, through whom the whole world would be blessed in his descendant, Jesus Christ.