The Ark Encounter, a life-size version of Noah’s Ark in Northern Kentucky, yesterday welcomed more than 8,300 VIP guests and 150 media representatives prior to the grand opening for the public on July 7. 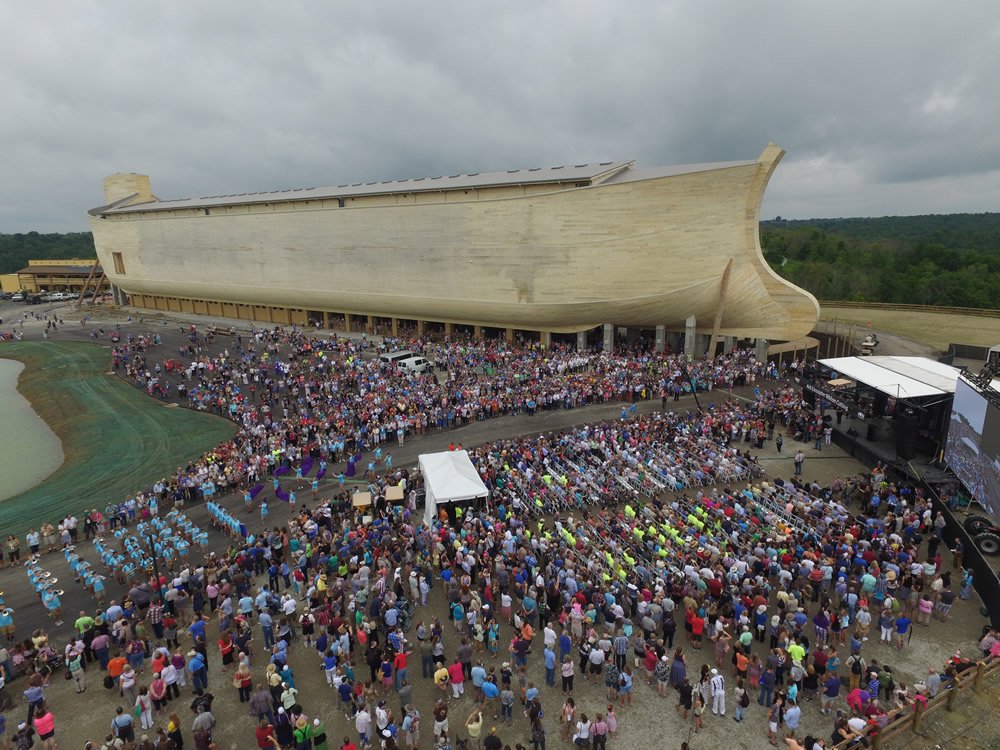 The Ark Encounter, a one-of-a-kind historically themed attraction, was built according to the biblical dimensions in Genesis 6; it stands seven stories high and is 510 feet in length. It is the largest freestanding, timber-frame structure in the world, located on 800 beautiful acres in Williamstown, Kentucky, south of Cincinnati, Ohio.

The massive project is the vision of Ken Ham, founder, president, and CEO of Answers in Genesis and the popular Creation Museum, which is located north of the Ark Encounter.

During a press conference yesterday, Ham addressed a packed crowd, speaking to the importance of this family-oriented, historically authentic, and environmentally friendly attraction.

In a world that is becoming increasingly secularized and biased, it’s time for Christians to do something of this size and this magnitude.

“In a world that is becoming increasingly secularized and biased, it’s time for Christians to do something of this size and this magnitude,” said Ham.

The Ark Encounter is strategically located off I-75, a one-day drive from nearly two-thirds of the US population. An independent feasibility study by America’s Research Group (ARG) estimates between 1.4 million and 2.2 million individuals to visit within the first year. This same group predicted the Creation Museum would receive 400,000 visitors in its first year and 404,000 actually came within that timeframe.

Ham noted that with the Ark Encounter, “the research indicates a large percentage—maybe 40 percent or more—will be non-Christians. People from all over the world have heard of Noah’s Ark.” Ham added, “I believe you’re going to find all sorts of people from all walks of life with all sorts of religious backgrounds who are going to come here. And even if they don’t share our biblical view, they can’t help but be impressed by the structure, craftsmanship, and by the attention to detail of the world-class exhibits inside. And who knows? Maybe they’ll be challenged to even talk about the Bible.”

During an official ribbon cutting ceremony in front of a portion of the 43,000 supporting donor families from across all 50 states, Kentucky’s Lt. Governor Jenean Hampton, representing the Commonwealth’s Governor Matt Bevin, welcomed the crowd.

“We are so blessed that this great, great attraction was built here in Kentucky,” said Hampton. “It’s just an honor to have this here. We hope to see millions come to Kentucky to see the Ark Encounter.” 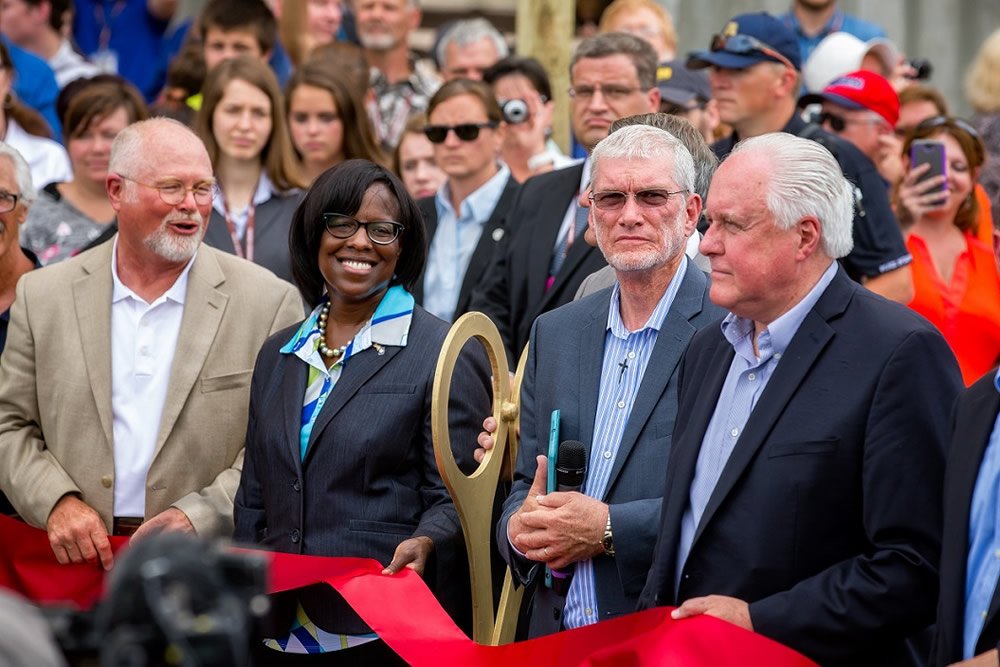 The Ark Encounter was built to answer the most-asked questions about the account of Noah and to present the gospel of Christ. Ham reminded the crowd that this theme park is not just about entertainment, but also about presenting the Christian message.

The Ark Encounter was built to answer the most-asked questions about the account of Noah and to present the gospel of Christ.

“The Ark is a reminder,” said Ham. “To remind generations of the truth of God’s Word. It’s our way of presenting this to the world.”

To accommodate the crowds expected within the first few weeks, the Ark will welcome visitors within the first “40 days and 40 nights” from 9 a.m. to midnight, after which hours of operation will be 10 a.m. to 6 p.m. Tickets are available at ArkEncounter.com and at on-site ticket offices. Admission is $40 for adults, $31 for seniors, and $28 for children; parking is $10. There will be other ticket options, including combo tickets for the Ark and its sister attraction, the Creation Museum, plus a seven-day unlimited ticket to the Ark and Creation Museum.

The Creation Museum in Petersburg, 40 miles from the Ark Encounter, has been visited by over 2.6 million guests since opening in 2007 and has proved to be a major family attraction in the Midwest.