Named for the striking golden plumage on their heads, these beautiful cranes are the national bird of Uganda! 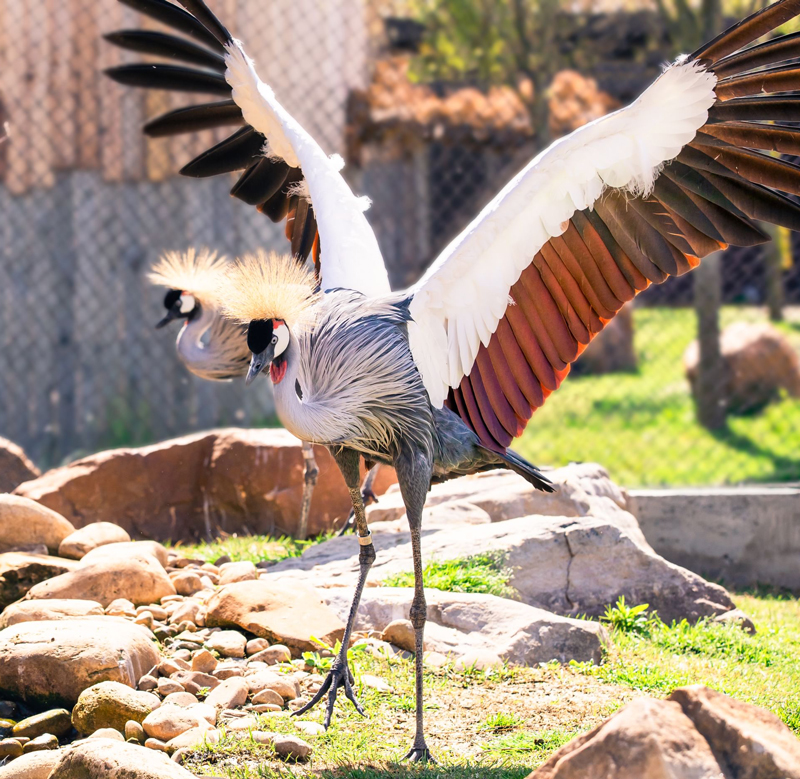 Cranes participate in flamboyant dance routines involving head-bobbing, wing-fluttering, leaps, bows, sprints, and short flights. These dances are used in courtship, but young cranes will also dance to develop social skills, and sometimes cranes will dance for no particular reason at all!

Cranes are very vocal, and their calls can be heard up to three miles away. Mated pairs have “unison calls” that announce their presence. These songs involve the males making a series of low, long calls while the females emit high-pitched, short calls.

African crowned cranes have an impressive six-foot wingspan and are one of only two crane species capable of perching in trees since they possess long hind toes.

To find food, these cranes stomp their feet as they walk, which flushes out potential food items. They will often follow large herds of African herbivores to feed on the critters disturbed by their movement.

Pairs often mate for life, and their eggs are light blue!