Over 600 places in Australia are named after emus, and they’re even featured on the country’s coat of arms alongside kangaroos! 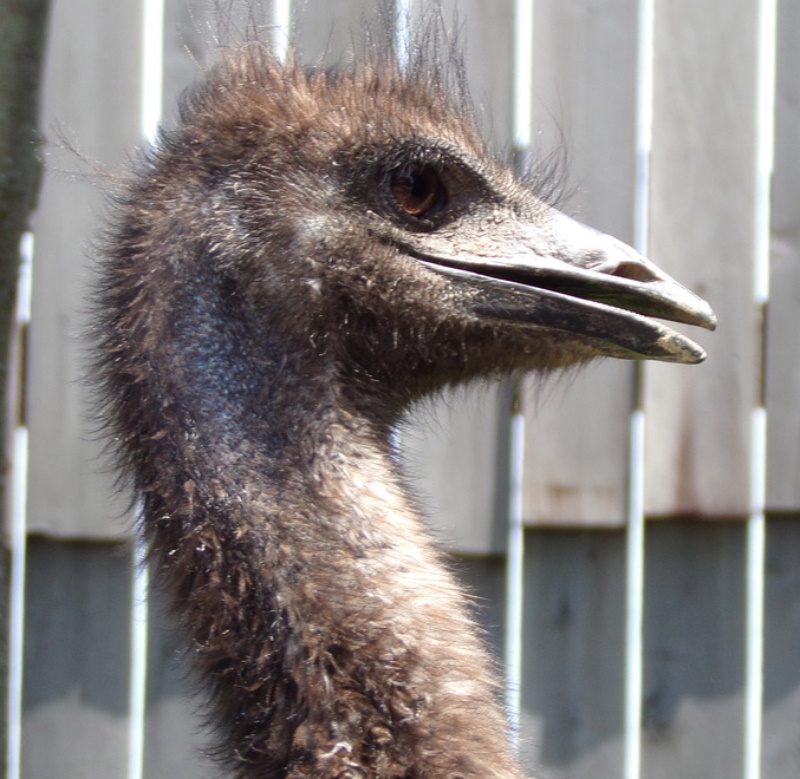 The origin of the word “emu” is uncertain, but it may be derived from the Portuguese word ema, a term for a large bird.

Emus are very vocal and have throat pouches that emit a variety of booms, drums, grunts, and hisses that can be heard over a mile away.

Emu feathers are unique because two feathers grow from each follicle. Their feathers are not waterproof and do not hook together, giving them a shaggy appearance.

Their eggs are blue-green in color, weigh over a pound, and are equivalent to 12 chicken eggs in volume.

Once females lay their eggs, they may stick around to defend the nest for a while but ultimately depart and leave the males to care for the eggs and chicks alone. Males forgo food and incubate their nests for eight weeks, losing up to a third of their body weight in the process. Fathers then raise the chicks for the next 12–18 months.