Contrary to popular myth, porcupines do not shoot their quills! 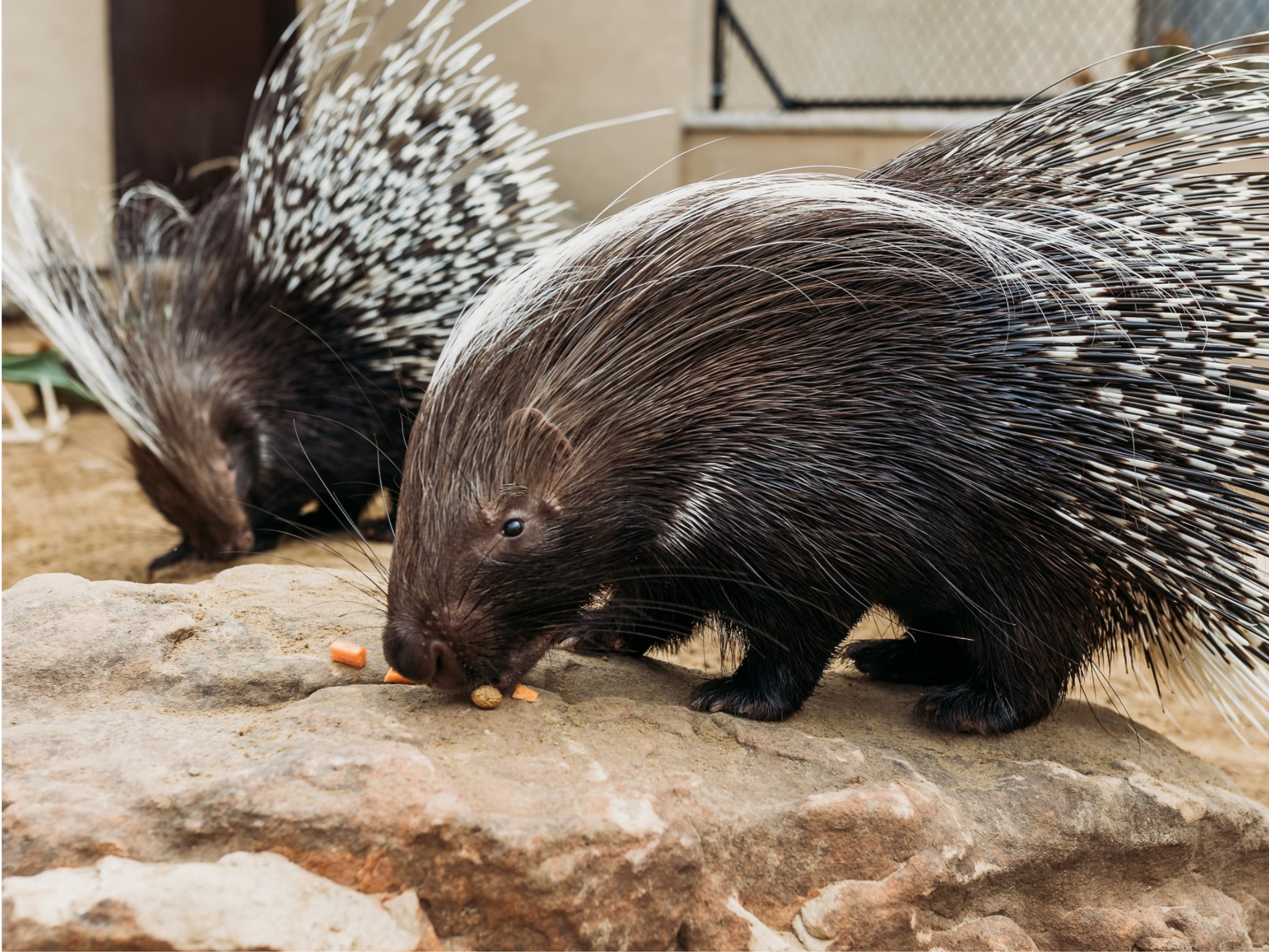 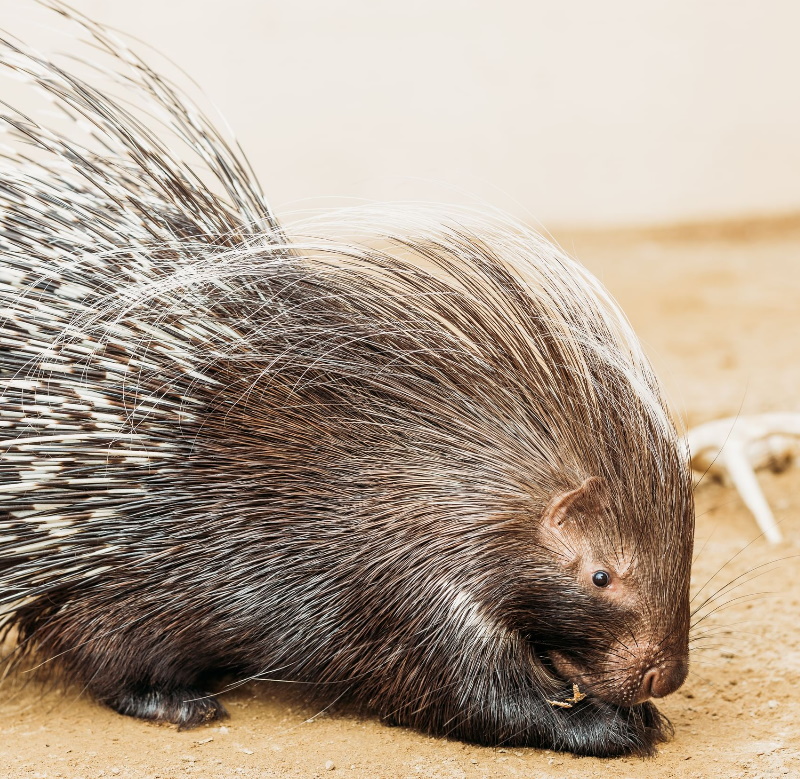 Porcupines are rodents, so they must constantly gnaw on objects to wear down their ever-growing incisors. In fact, the word “rodent” is derived from the Latin rodere, which means “to gnaw.”

African crested porcupines give plenty of warning before “quilling” a potential threat. First, they flare up their quills to make their bodies appear larger. Next, they stomp their feet and rattle their tail quills. Lastly, they will turn around and ram into the predators backward. The quills stick into the skin of the predators and then detach, and the porcupines can run away.

These animals are quite vocal and produce a variety of clicks, chuffs, growls, grunts, snorts, and whines. They also use body language to communicate, including jumping, rattling, spinning, and stomping.