How Did Noah Feed and Care for the Animals?

According to the Bible, Noah’s Ark was a safe haven for representatives of all kinds of air-breathing land animals and flying creatures. During the year-long global Flood, Noah and his family took care of feeding, watering, and cleaning up after thousands of animals.

Our researchers estimate a maximum of around 7,000 animals were on board the Ark, and Noah still had sufficient space for food, water, and other storage. That’s a pretty big floating zoo, but not unmanageable.

Explore How Many Animals Were on the Ark

Was It Just a Miracle?

Although God could have miraculously provided for the daily care of these animals, we don’t have to appeal to miracles. In fact, many solutions to seemingly insurmountable “problems” are rather straightforward.

Getting the Family Involved

Remember, Noah wasn’t the only human on the Ark. He was accompanied by seven other family members, who would have been a huge help in the daily tasks of caring for all those animals.

Learn More About Noah and His Family 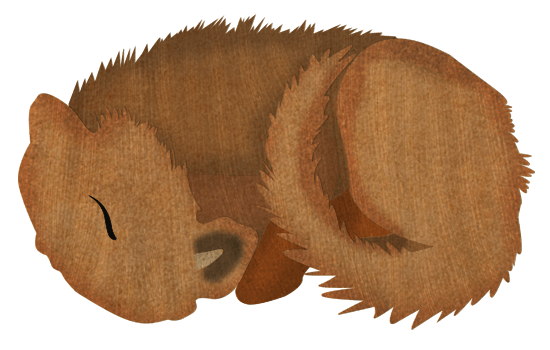 Did the Animals Hibernate?

Some people think the animals must have hibernated in order for Noah to feed, water, and clean up after them. However, hibernation was not necessary for the animals to be adequately cared for on the Ark. It only would have made it easier.

Noah probably stored the food and water near each animal. Even better, drinking water could have been piped into troughs. The use of some sort of self-feeders, as is commonly done for birds, would have been relatively easy for most animals. Come explore the possibilities at Ark Encounter.

What About All the Manure?

The key to keeping the enclosures clean was to avoid the need for Noah and his family to do all of the work. The right systems could also prevent the need to frequently change animal bedding. Noah could have accomplished this in several ways, such as slatted floors or multiple-level cages.

Air Quality on the Ark

Ventilation would have been important for providing fresh air and especially for dissipating body heat. A basic, non-mechanical ventilation system was sufficient for the Ark. In fact, the density of animals was much less than we find in some modern, mass animal housing such as chicken farms.

Not a Luxury Cruise!

While the voyage of the Ark may not have been comfortable or easy, it was certainly doable, even under such unprecedented circumstances.

Discover some simple yet ingenious ways Noah may have fed the animals on the Ark.