Has the Ark Been Found? Site One: Durupinar

The search for Noah’s Ark has captured the imagination of people around the world. The Ark’s discovery would be profoundly significant, but we have our doubts that it has been found in recent times. This blog series will survey six of the most popular sites alleged to be the final resting place of Noah’s Ark.

Popularized in the 1980s by Ron Wyatt and others, this “Ark-shaped” formation lies approximately 15 miles from the summit of Mt. Ararat. Wyatt claimed to have found numerous artifacts in the vicinity to corroborate his claims. In the past few years, the Durupinar site has again risen to prominence after being promoted on several websites as the real Noah’s Ark.

Despite its “Ark-like” appearance and popularity, Christian geologists and archaeologists who would love to find the Ark and who have visited the location have roundly rejected the Durupinar site as nothing more than a geologic formation (e.g., see here, here, and here).

In fact, several similar-looking formations can be found in the region as a simple “Google Maps” search demonstrates (click here to see the Durupinar site, and then simply zoom out a little and move around the map to find other “Ark-like” formations). These formations are caused by mud flowing around uplifted rocks.

For a geologist’s detailed critique of the claims and artifacts that supposedly support this place as Noah’s Ark, please read Dr. Andrew Snelling’s exposé of Ron Wyatt’s claims. 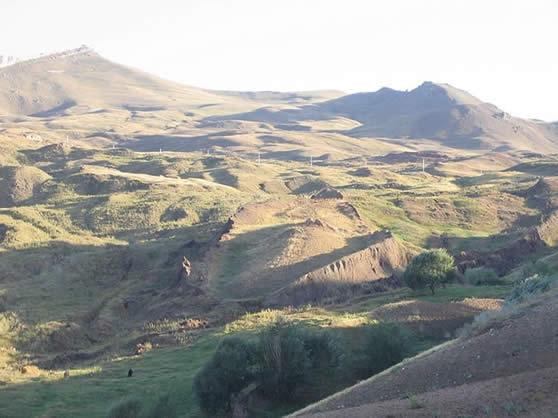 Often heralded as the remains of Noah’s Ark, the Durupinar site is actually just one of many similar-looking geologic formations in this region of Turkey.

We may never have the opportunity to get a look at the real Ark described in Genesis, but we are building a full-sized Ark that will proclaim the gospel and the truth of God’s Word to an unbelieving world. To find out more about the evangelistic Ark Encounter project, please visit ArkEncounter.com.

Previous Article Has the Ark Been Found? Next Article Forgotten Fauna: Barylambdids