In this series, we thought it might be fun to show you some extinct animal “kinds”—varieties that Noah interacted with that we do not. We’ve already covered the entelodont and macraucheniid “kinds.” Now we’ll take a look at the barylambdids. 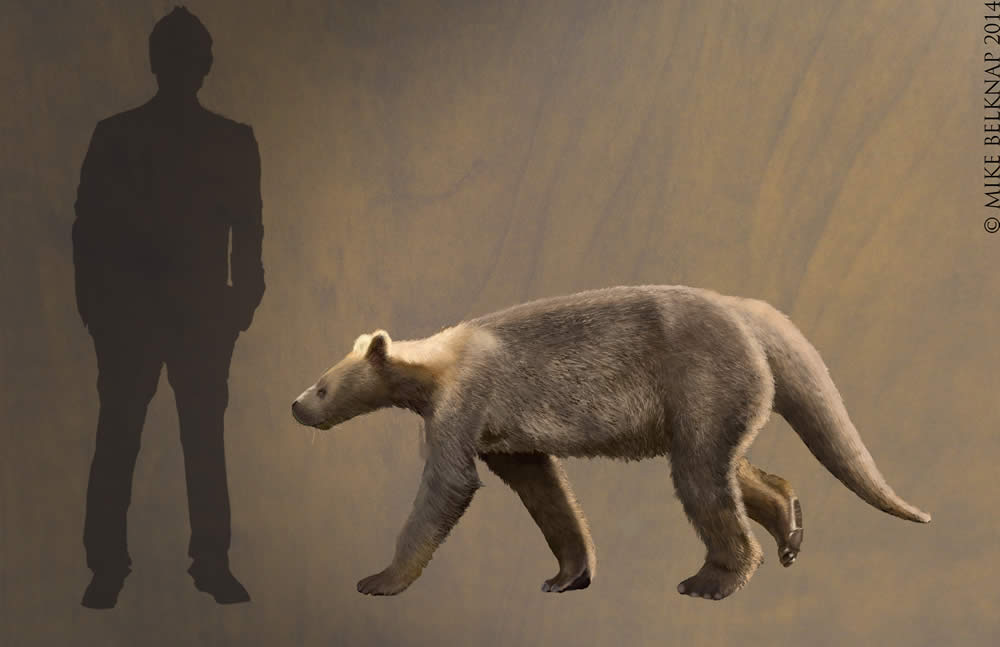 Barylambdidae is a family of an extinct group of creatures called pantodonts. While pantodonts varied a bit by shape and size, barylambdids were quite uniform. In fact, there is presently only one genus in the family: Barylambda, as you might have guessed. As with all other known pantodonts, barylambdids were herbivorous—that is, they ate plants.

Fossilized remains of barylambdids have only been found in the Western United States and Mexico, and only in sediment that likely corresponds to the early post-Flood catastrophes. It seems that barylambdids had a decent post-Flood launch, reaching North America early on, but died out shortly thereafter.

Known barylambdids stretched about 8.2 feet (2.5 m) in length and weighed about 1,400 lbs. (≈640 kg)—roughly the size of a modern polar bear. For the time and location, barylambdids were unusually large.

Even by today’s standards, barylambdids were heavily built. Their bulkiness was especially apparent in their tails, which were deep and relatively long and broad. It is likely that barylambdids accessed higher vegetation by rearing up on their hind legs, utilizing their thick tails for extra support. The limbs of barylambdids were also stalky—a trait magnified by wide, five-toed, plantigrade feet (meaning they walked with their heels on the ground like we do). Barylambdid heads were proportionately small, as were their brains. Overall, they may have resembled the giant ground sloths of the Ice Age.

Barylambdids were yet another strange and fascinating example of God’s marvelous animal designs.

Previous Article Has the Ark Been Found? Site One: Durupinar Next Article Ark Encounter in the Headlines Again!