Has the Ark Been Found? Site Three: Ahora Gorge

The Ahora Gorge is an enormous chasm on the northeast side of Mount Ararat. Dropping more than one mile from the peak of the mountain, the Ahora Gorge has been at the forefront of Ark-seeker expeditions for about a century. 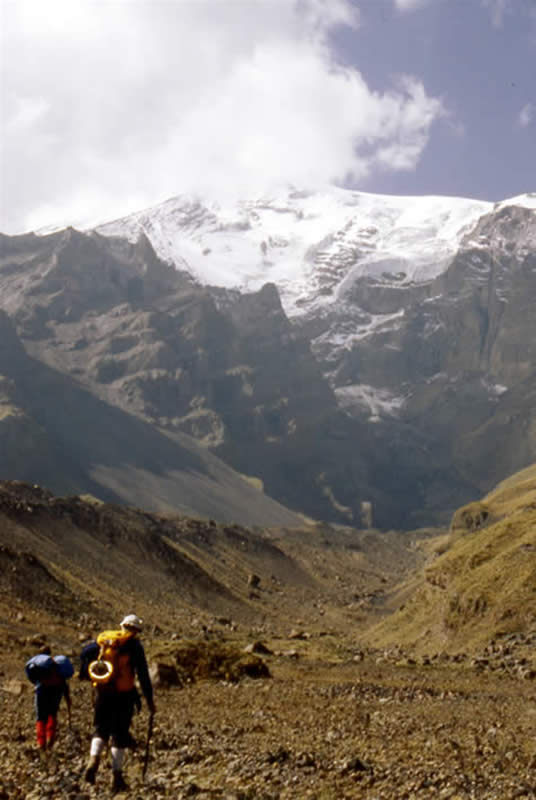 The Ahora Gorge is deeper than the Grand Canyon at many points. Photo by Dr. John Morris.

Interest in this location was sparked by the claims of George Hagopian. He claimed that when he was a young boy in 1908, his uncle took him up Mount Ararat to the Ahora Gorge area. Hagopian said that they found something that looked like a large ship partially buried by snow and ice. He claimed his uncle stood on a rock pile and lifted him up so that he could walk on the roof. 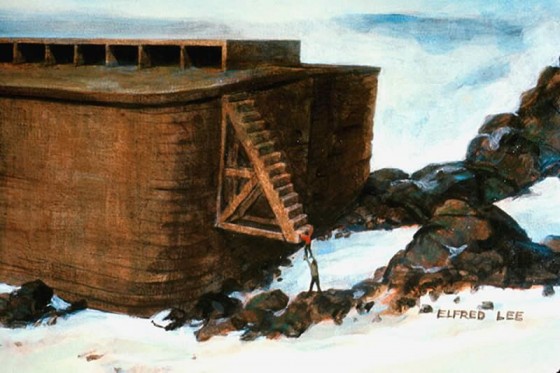 Here is one of the paintings by Elfred Lee based on interviews he had with Hagopian.

At least a dozen expeditions have explored the Ahora Gorge since Hagopian reportedly walked on the Ark’s roof. However, to date none of these adventurers has been able to find the remains of Noah’s Ark at the Ahora Gorge, even though satellite imagery has been used, and explorers have searched the gorge when the glacier in it has melted back.

It is very tempting to dismiss Hagopian’s incredible claims as the imaginations of a young child. Consider the following complications with his story. Hagopian offered conflicting reports of his adventure. Was he 8 years old or 10 years old at the time? Was it in 1905 or 1908? Also, it is hard to imagine a young boy making this very difficult and dangerous journey without proper training.

Perhaps the greatest problem with claiming this site as the resting place of the Ark is the fact that the Ahora Gorge is on Mount Ararat.* This dormant volcano last erupted in 1840, and many much larger eruptions occurred during the post-Flood Ice Age. How would a wooden structure survive being buried by molten lava? Besides, Mt Ararat likely emerged from the Flood waters far too late for it to have been the mountain on which the Ark ran aground on Day 150 of the Flood year.

Although we may not ever find Noah’s Ark, the Ark Encounter will show visitors what Noah’s vessel may have been like and how he could have accomplished all that God had commanded him. To find out more about this evangelistic project, please visit ArkEncounter.com.

* The Bible does not specify Mt. Ararat as the Ark’s landing place. Genesis 8:4 states that the Ark came to rest in the mountains of Ararat.