Has the Ark Been Found? Site Five: Ararat—NAMI Expedition

Finding Noah’s Ark would be one of the most incredible discoveries of all time. Throughout the past century many have claimed to have found Noah’s famous vessel or at least something that looks like it could be the Ark. We have already looked at four of the most popular locations for alleged sightings, and we will now look at the most recent site to make the news.

In April 2010, a team of evangelical explorers claimed to have found evidence of Noah’s Ark on Mount Ararat during their expedition there two years earlier. The team represents Noah’s Ark Ministries International, which is part of the Hong Kong-based The Media Evangelism. This group claims to be a Christian organization committed to developing a Christian media presence to promote the message of Jesus Christ. 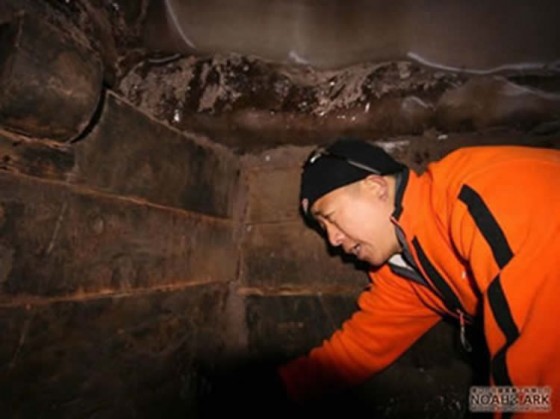 Caption: A NAMI team member is shown examining one of the rooms reportedly found on Ararat. Image from the NAMI website.

This group claimed to have found or were told about seven wooden compartments buried on Mt. Ararat, which they believe were part of Noah’s Ark. They even produced a video showing team members presumably inside one of these wooden structures.

Although we would be delighted if the Ark had actually been found, this “discovery” is almost certainly a hoax. We are in no way accusing NAMI of perpetrating the hoax, but it seems that they were victims of a fraud enacted by a Kurdish man called Paraşut.

Dr. Randall Price and Dr. Don Patton were the experts invited to be part of the expedition, but they were never permitted to see the site and were soon dropped from the team. They have documented many of the inconsistencies between what was reported and what they found in their research. For example, pictures of an alleged room in the Ark provided by Paraşut show straw, cobwebs, and a feed bowl, each in very good condition. The problem with these images is that Paraşut has claimed that the site is frequently flooded, which was his reason for not taking the expedition there in the summer months. Would a site that endured regular flooding remain in good shape for millennia?

They also interviewed a Kurdish worker who claimed to have been one of several people hired by Paraşut to construct “movie sets” on the mountain. For more details, you can read the full 52-page exposé by Dr. Price and Dr. Patton.

Finally, as mentioned in the posts about the Ararat Anomaly, Ahora Gorge, and Durupinar Site, finding the Ark on modern-day Mt. Ararat is highly unlikely. This mountain is a dormant volcano, and it likely emerged from the Flood waters far too late for it to have been the mountain on which the Ark landed.

While Noah’s Ark may not ever be found in our day, the Ark Encounter, currently being built in Williamstown, Kentucky, will show the feasibility of the biblical account and point people to the gospel message of Jesus Christ.