Board Members Visit the Ark Site

Answers in Genesis’ board of directors and some of their family members were in town the past couple of days and took a close-up tour of the Ark construction site. Included with the tour was the chance to meet and hear from the various foremen and project managers. A real treat for them was to stand on the first level where the Ark will be “resting” and to look out on the bents being formed on the ground. As expected, the assembly and placing of the first bent is consuming a lot of time, but things should move significantly quicker when assembling the remaining bents. A real challenge the engineers face will be lifting the bents in such a way so that too much stress is not placed on any one section. A half bent weighs 12.5 tons! After watching the cranes move huge pieces of lumber, it became even more apparent that this project is dangerous and that Christians everywhere should daily pray for the safety of the crews. 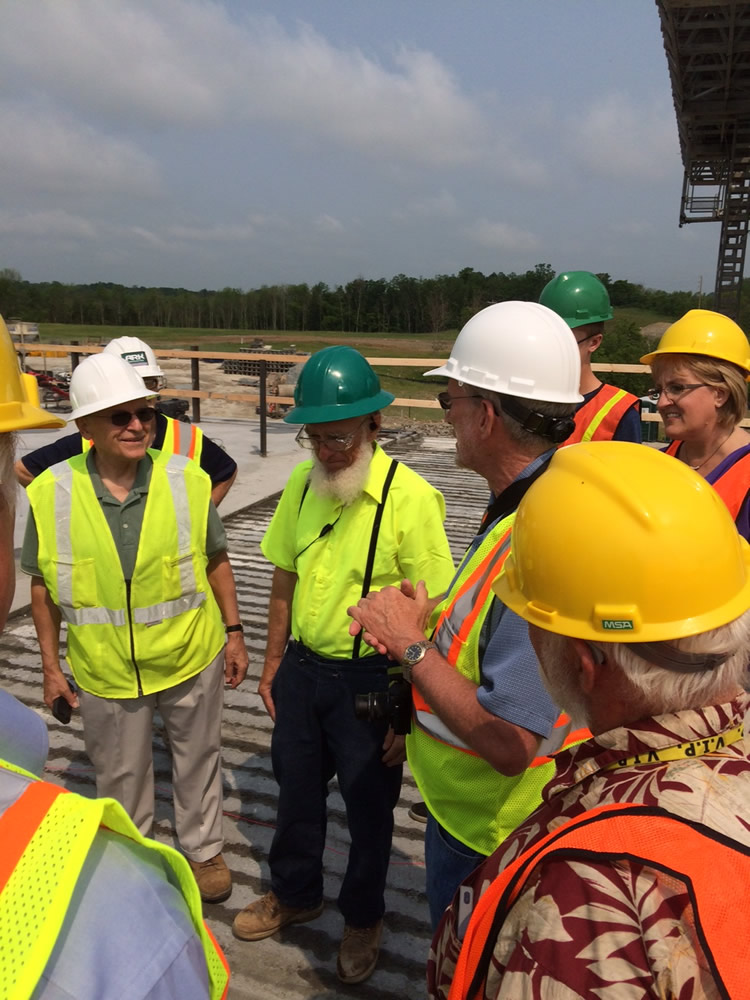 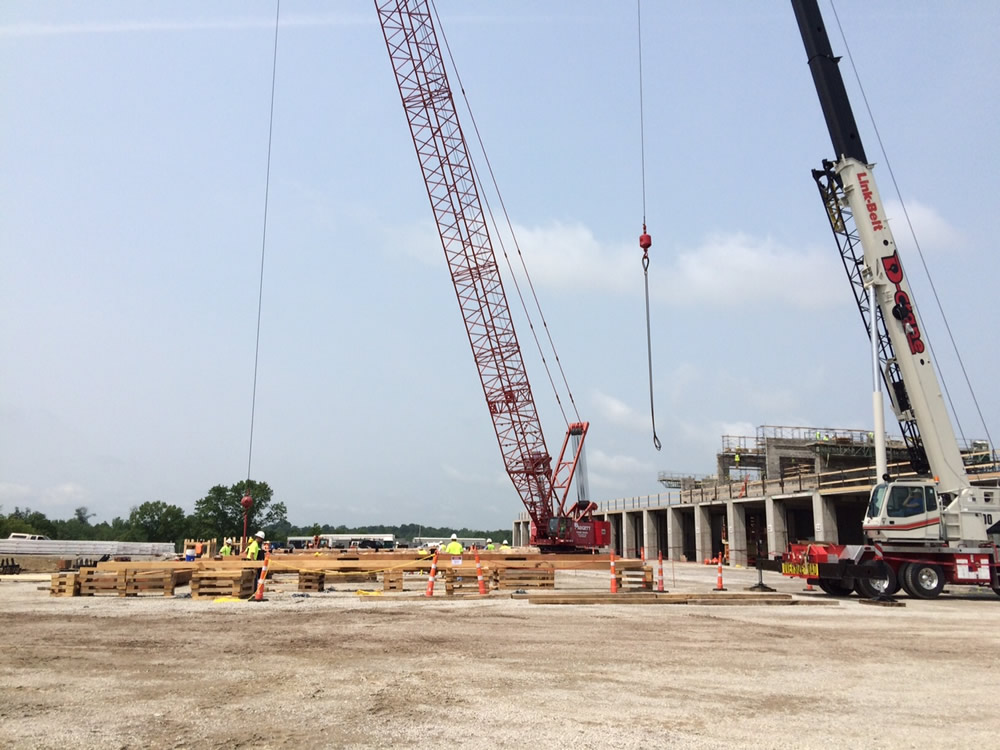 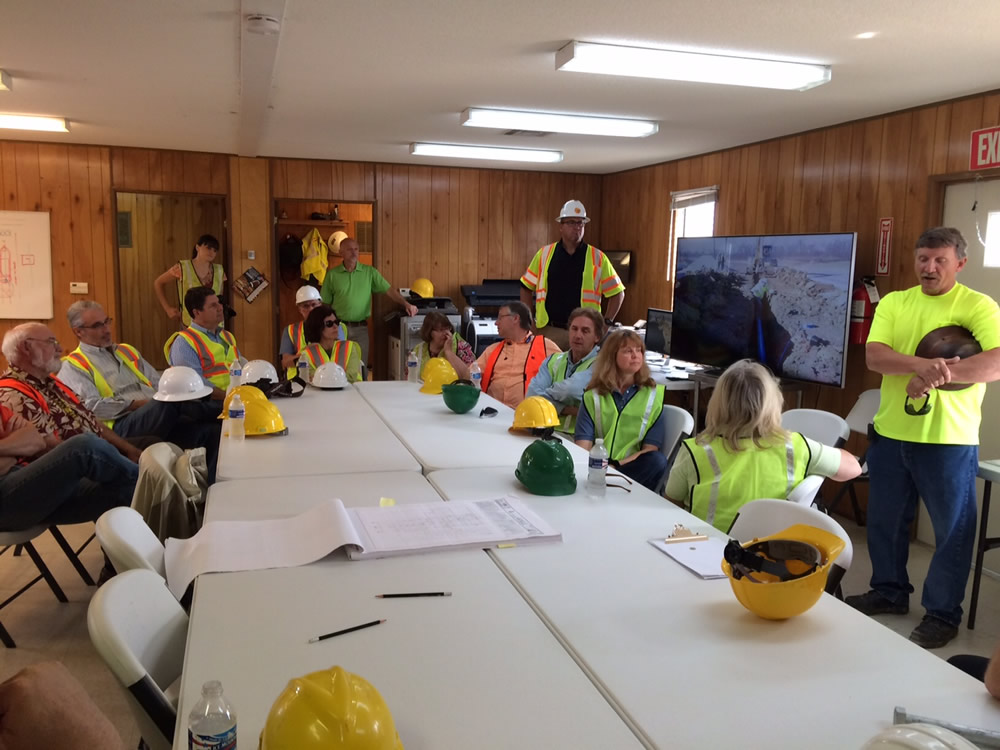 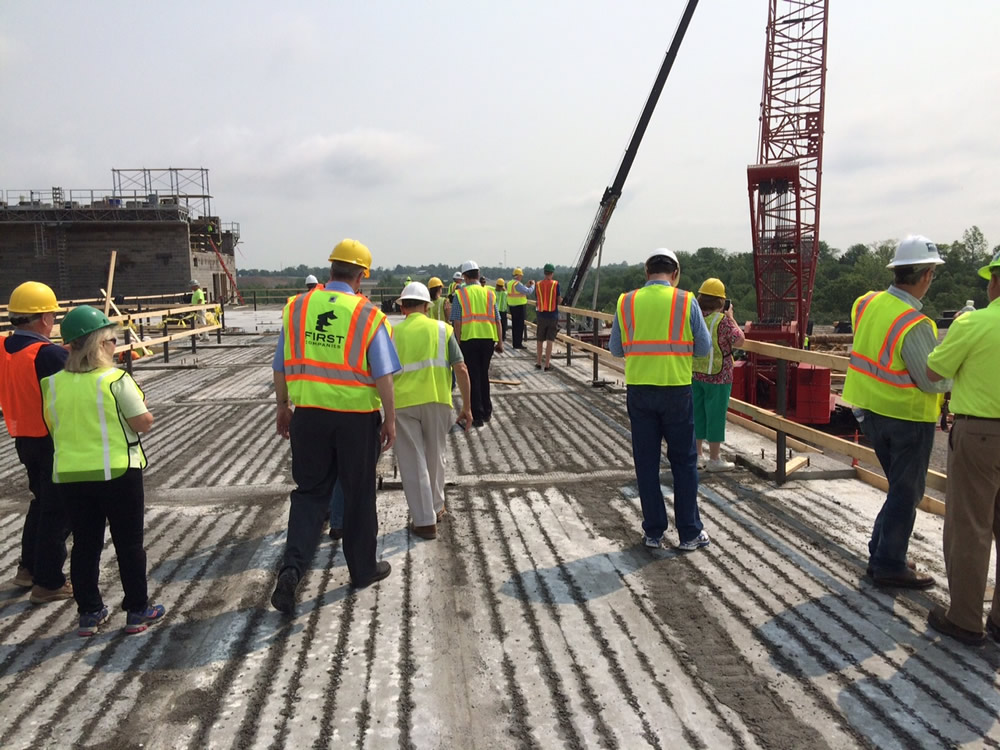