Other Structures at the Ark Encounter

Lord willing, besides opening the Ark Encounter in the summer of 2016, we would also like to include a restaurant and an animal actor theater. The restaurant will have the capacity to seat 500 people on the inside and 300 people on the outside. When guests line up in the queue, we plan to have multiple displays with teaching points.

The other structure, the animal actor theater, will seat at least 800 people with the standard stipulation that the guests will be seated close enough to see the whites of the speaker’s eyes. And what better person to put in charge of this show than the famous Dan Breeding, who has spent 25 years using his exotic animals to entertain people, including President George W. Bush and the White House staff, as well as visitors at the Creation Museum a couple of summers ago. The audiences were thrilled to see his owl, monitor lizard, vulture, and the unforgettable porcupine named Barb. Dan was just a visitor then, but he will be moving here and bringing many of his animals with him.

Here is a picture of Dan discussing the structure of the theater with LeRoy Troyer, Dan Anderson, Mike Zovath, and Patrick Marsh. 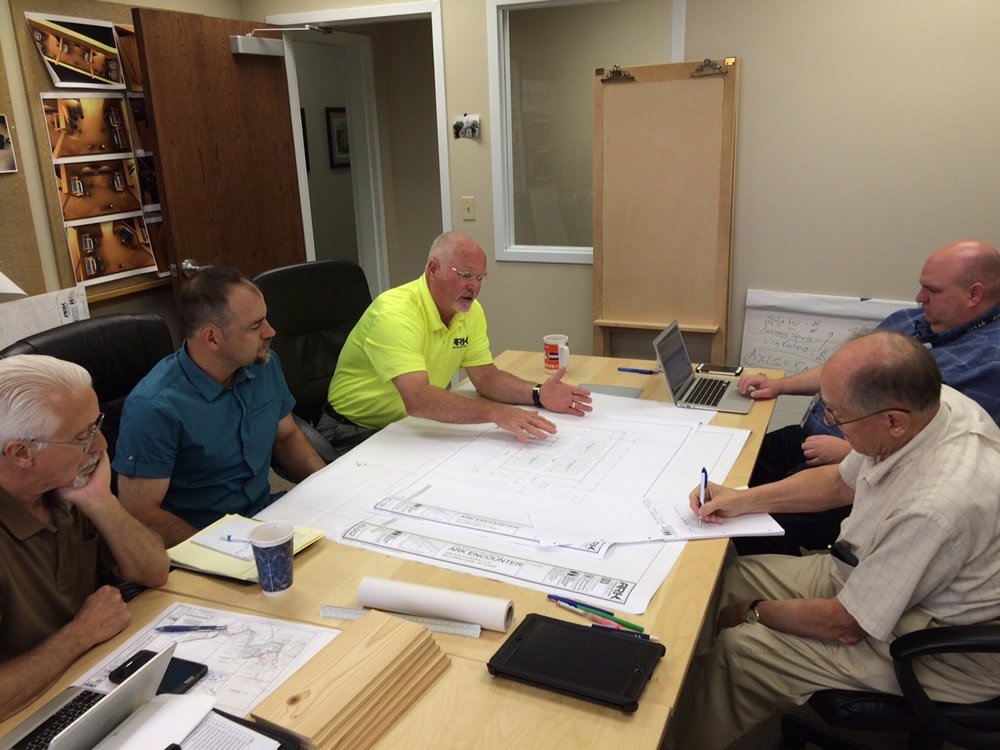 Previous Article Contending with Strong Winds Next Article What Would It Have Been Like?