Operation of the Drone 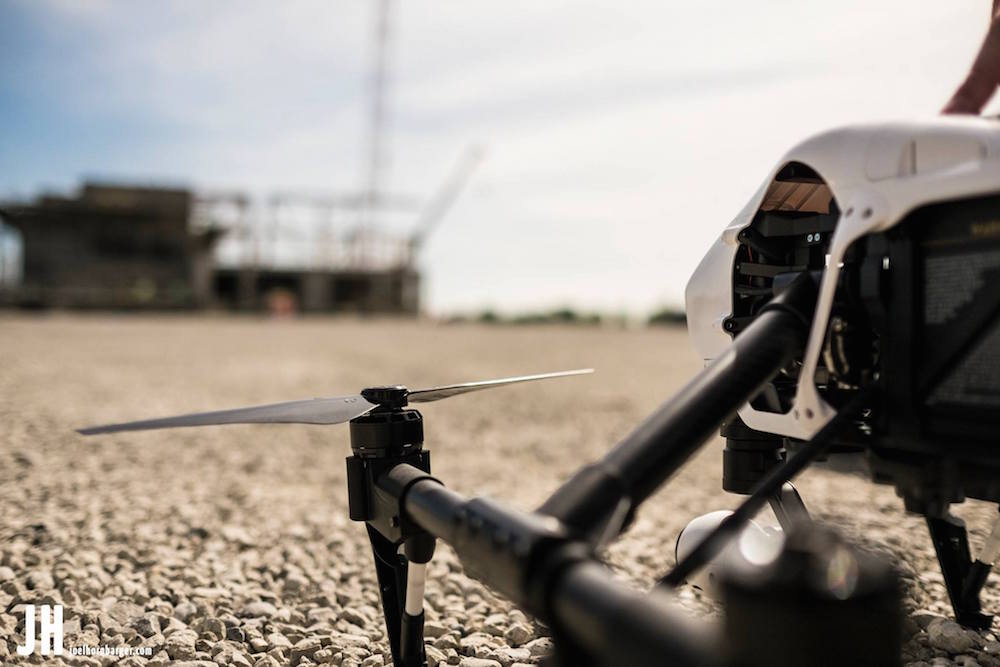 No doubt you have seen some aerial footage of the Ark Encounter construction site. This is made possible in most instances by a drone that the ministry purchased. As of now the drone’s main purpose is to record footage of the Ark construction, but it has also been used for aerial shots of the museum and as an eye in the sky during a traffic stop on our property performed by one of our public safety officers. There are plans of more security-related tasks it will perform in the future. Below are two videos of the drone flying above the Ark Encounter property.

When asked some details about the purchase and operation of the drone, our officer, Joe Niemeyer, had this to say:

I started on a smaller, much cheaper drone to get down the controls of a quadcopter, and flew it for about a month prior to purchasing the Inspire 1. I wasn’t very trusting of the drone or my skills for the first two months, but I feel relatively confident now. The technology built into the drone really makes it a novice-friendly quadcopter. Getting video that looks good is what takes a little more skill.

As per its limitations: I’ve had it a mile out and potentially it could do the same vertically, but FAA regulations keep me at 400 feet maximum. The battery lasts an average of 18 minutes.

I’ve had one crash and it was a doozy. There’s a “return to home” function when the battery hits a critical low point. While landing in the gardens area at the museum it hit the critical point and started flying towards my take-off point, which unfortunately was on the other side of the gardens. It hit a tree and landed in one of the waterfalls where it sat submerged for 15 minutes before I found it. Amazingly enough, after drying it all out, 95% of the drone works flawlessly. The other 5% I’m trying to get repaired. I would like to give a shout out to Steve McIrvin, the CEO of coptershop.com. He is a supporter of the ministry and has actually loaned us a drone free of charge until ours is repaired so that we wouldn’t miss any Ark construction footage.