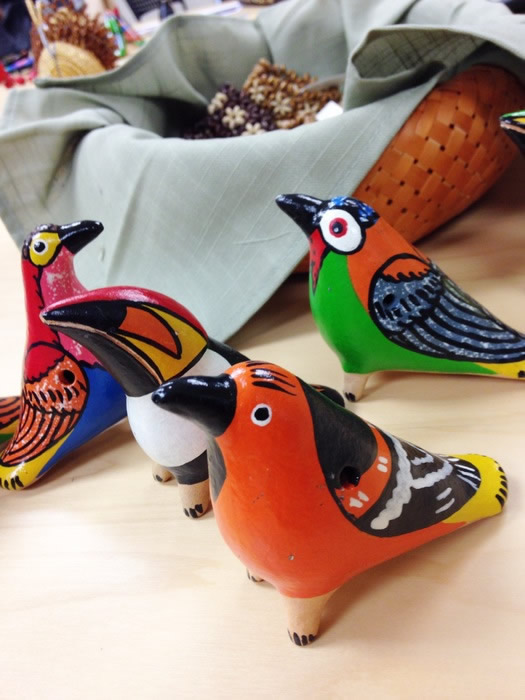 Have you ever wondered what Noah's first thought might have been when God told him to build the Ark? Genesis 5–9 tells us the majority of what we know about Noah, but there is much that the Bible does not tell us. I can imagine that being charged with the awesome responsibility of building such an amazingly large structure would be daunting to say the least, but Scripture gives no indication that Noah hesitated.

Here at The Ark Encounter, we have a little bit of a sense of how Noah might have felt at the beginning of such a monumental task. The estimated 1.4 million people who will visit the Ark in the first year will see an amazing architectural structure with world-class exhibits answering the major questions that people have about Noah's Ark and the global Flood. Most importantly, we will proclaim the gospel—the good news of the saving power of Jesus Christ for all who believe.

The Bible says in Zechariah 4:10, “Do not despise these small beginnings, for the Lord rejoices to see the work begin . . . .” In this passage, the author is talking about the beginning of the second temple in Jerusalem, which had “small beginnings” (Haggai 2:3). We too have witnessed God's blessings in all of the “small beginnings” and the millions of tiny details that go into building this amazing structure.

One of these “small beginnings” involves sourcing product for the Ark Encounter gift shop. Patrick Marsh, AiG’s vice president of attraction design, knew right from the start that he wanted unique, handmade, artisan crafts from around the world for the gift shop. Where exactly to find these items was less clear, but God provided the answer.

Kristen Andersen, one of AiG’s lead production designers, tells the story of how God used a tiny detail—a flute—to make us aware of a big opportunity to stock our gift shop with the unique items we were looking for, while at the same time furthering the spread of the gospel around the world. 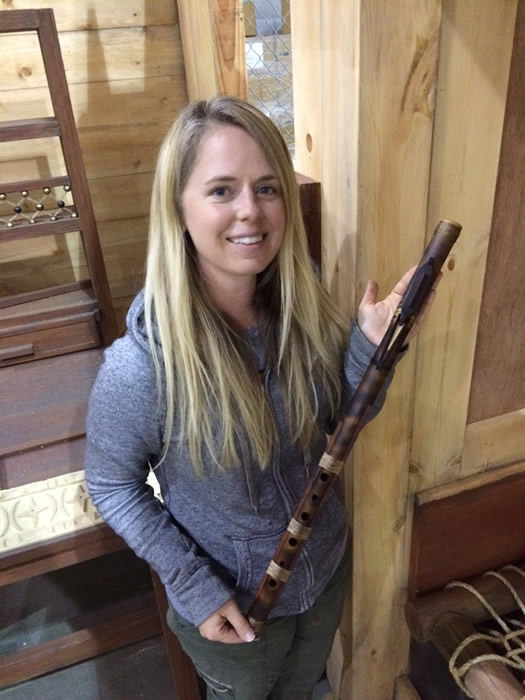 This relationship/idea began with my hunt for a flute to buy as a prop for Japheth, one of the main characters on the Ark. When I began my research into ancient flutes, I found videos from Erik Sampson of Flutemaker Ministries and was intrigued by the short videos of Erik's flute creations, which are based on real life artifacts. As a designer, I am inspired by artistry, so I went to his website where I found beautifully carved flutes that he makes out of bamboo from countries all over the world. I also noticed these lovely bird whistles that he sells with 100% of the proceeds going to feed and house children who were literally rescued from a garbage dump in Nicaragua. I emailed Erik, with a prayer that he would be able to help with Japheth's flute, and I inquired about the bird whistles. Erik lives in Florida, but he directed me to Chuck and Nancy Caine, who are on Erik's Flutemaker Ministries board and live in Cincinnati, about 30 minutes from our offices. What are the odds? They sell the bird whistles and other products to benefit their ministry and the children of Nicaragua. Chuck and Nancy visited our offices with their bird whistles and introduced us to their friend, Mary Nelson, who is the founder of the International Fair Trade Show in Lawrenceburg, Indiana, and sells product to help over 40 different artisans in unreached, poverty-stricken areas. Patrick Marsh and I have always wanted to have unique, handmade items with materials from nature, similar to how Noah might have made things. When we saw these lovely bird whistles and discovered the many different products that were also available and the benefits to the artisans, we agreed that this was a “win-win” and that as Christians we wanted to be part of selling fair trade products. Before this meeting, I never imagined that the Ark gift shop would be far above all that we dreamed—that we would be linked to a source of artisans all over the world through the love of our brothers and sisters in Christ. This is when I realized the magnitude of how truly special the gift shop in the Ark would become. I also realized that God was doing a big thing through what may have seemed like a small thing—a flute for Japheth.