Does the Bible Really Say...?

Since the Bible does not provide every detail the designers needed, artistic license was used, taking great care not to contradict biblical details. Here is how they based their decisions for three different aspects of the exhibits you will see during your walk through the three decks of the life-size Ark. 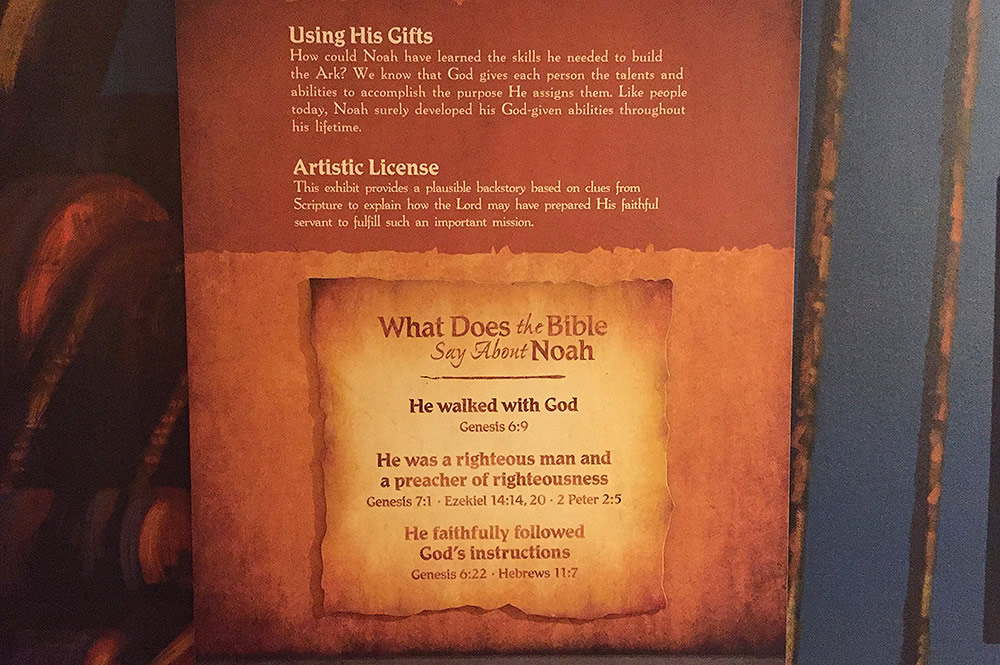 As you tour the Ark Encounter, you will notice animals that you are familiar with and others that you aren’t. That is because some of the animal kinds represented in the exhibits are extinct since we needed to account for both the living and extinct kinds. How did our designers decide which animals to include? 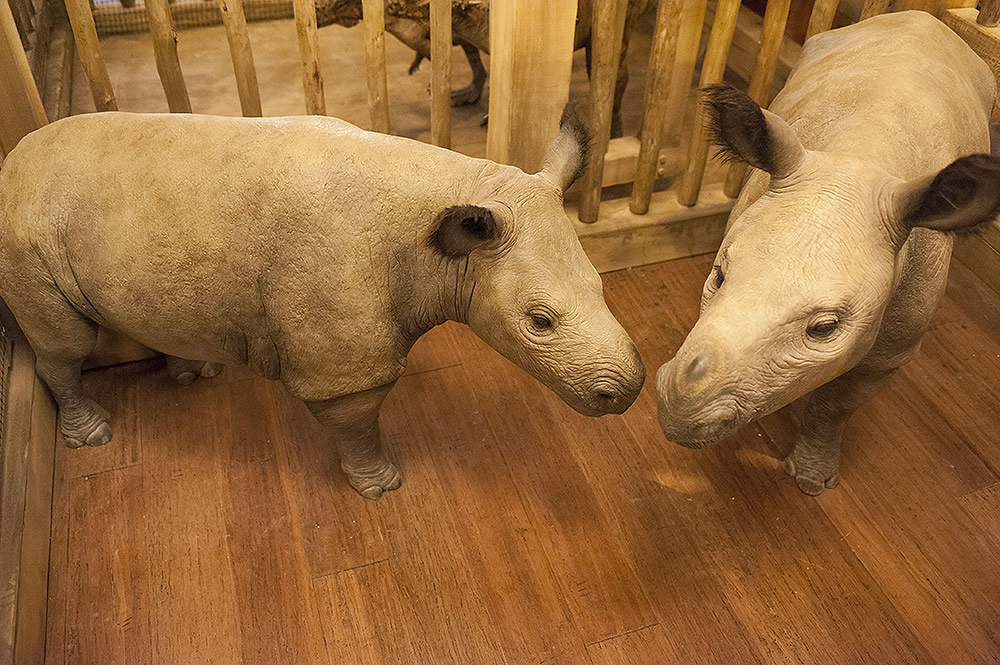 Our content team took information from Flood geology models (which are based on the historical account of Noah’s Flood in the Bible), focusing on what they believed to be the Flood-Post-Flood barrier in the geological record. They looked at the layers believed to have been put down by the Flood along with the more localized, isolated catastrophe layers that were on top of those. Then they looked in the fossil record to see what representatives of a particular kind (such as bears, horses, and so on) might have looked like at that time. 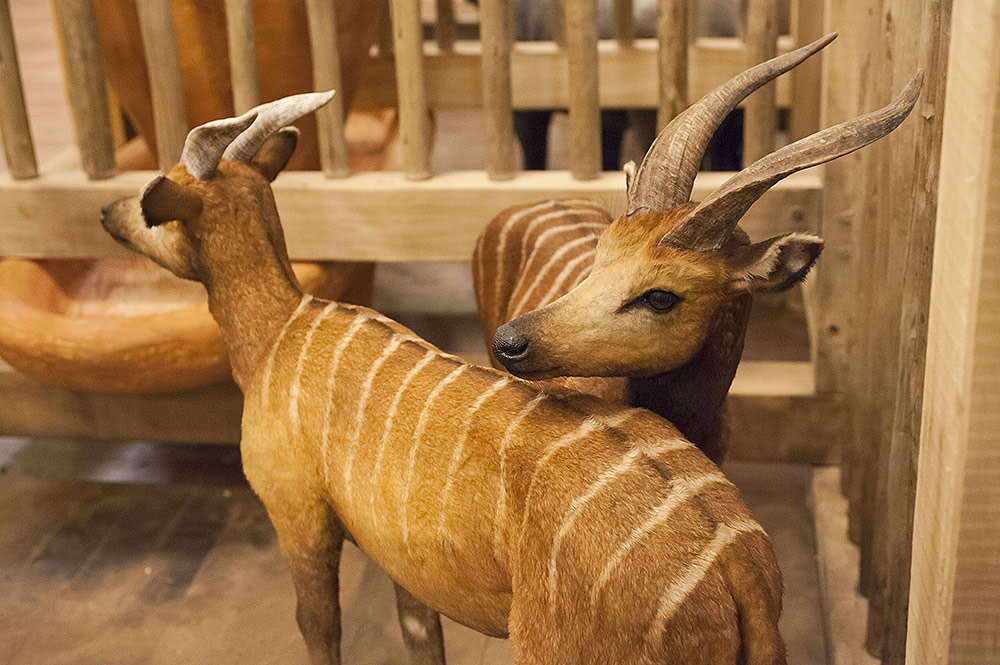 After researching the flood geology models and fossil records, they sorted through their findings to pick representatives that were not only from the proper timeframe but that also had good material and information to work with. The animal exhibits you will pass are the designers’ best guess at what they may have looked like, based on the models they were working with.

One way our content team tried to bring Noah’s experience to life for guests is by adding his backstory to help explain how the Lord might have prepared Noah for such an important mission. As you walk through the exhibit about Noah’s talents, you will notice written descriptions that accompany the artwork. 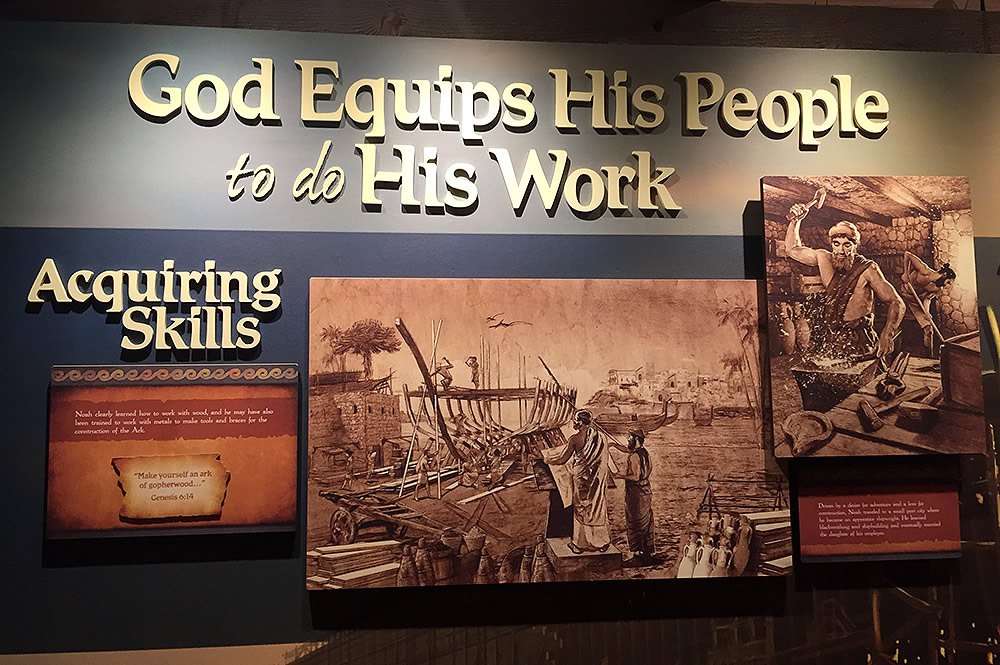 The content team made sure to take steps to separate the story from Scripture. Text on the red boxes is where they made plausible inferences for Noah’s backstory based on clues from Scripture, whereas text on what looks like parchment is taken directly from the Bible. 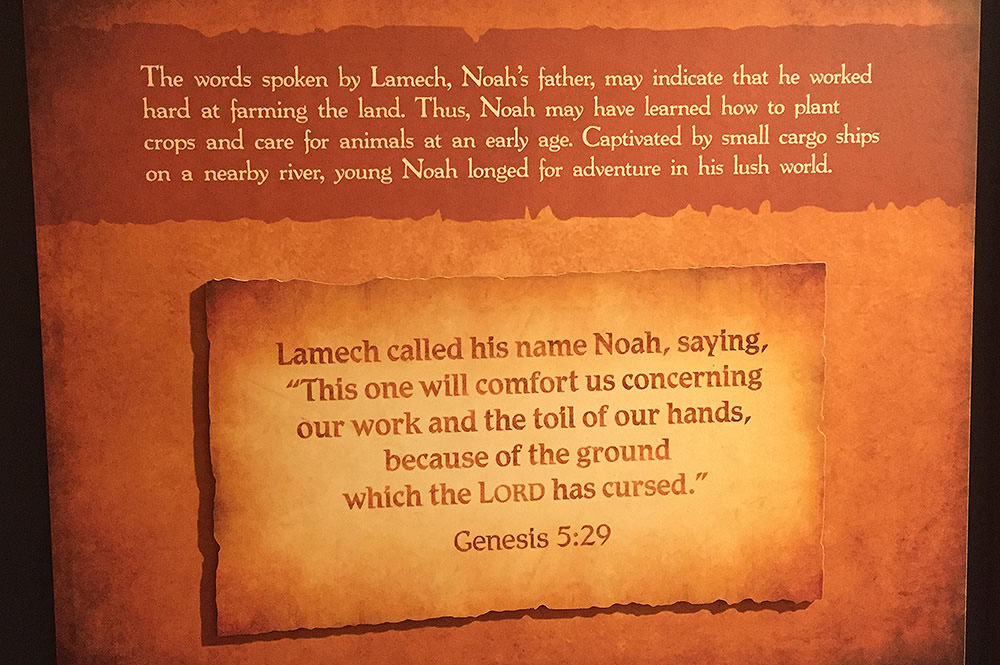 Another area where our content team had to fill in missing details is with Noah’s wife and daughters-in-law, who are not named in the Bible. So one way they decided to personalize the experience for our guests is by giving each of them names. 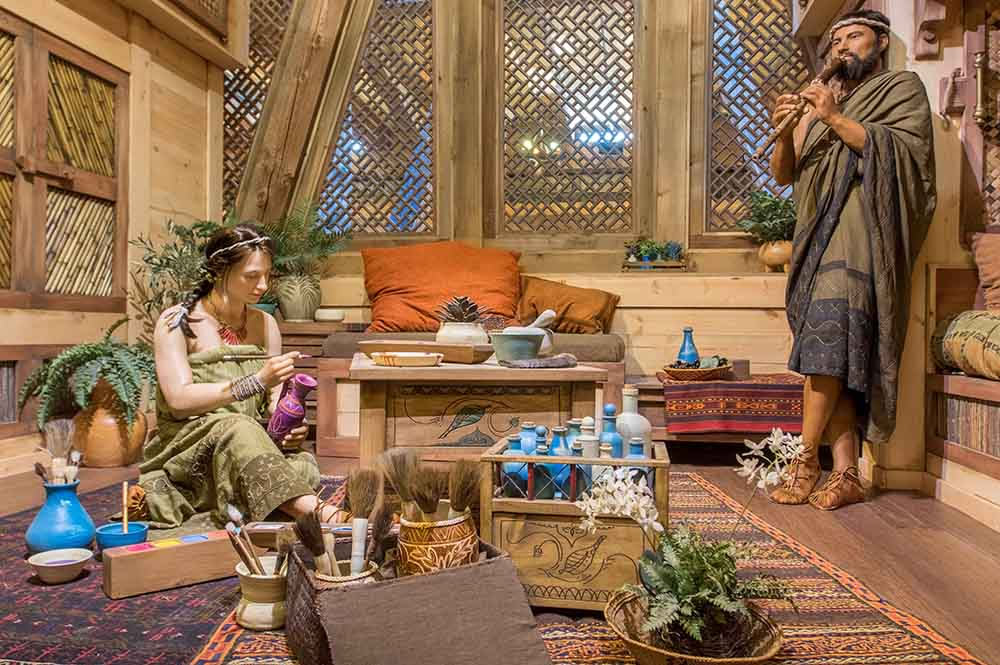 And since we do not know exactly what Noah and his family looked like or what they may have worn, our designers had to use artistic license for every detail of their appearances. Since we are all descendants from Noah’s sons and daughters-in-law, much of the world’s diversity should be recognizable in these six people. Noah’s sons look somewhat similar since they are brothers, so our designers made their wives display many of the distinctions we see passed down through history. For example, since many of Shem’s descendants settled in the Middle East, his wife’s appearance mirrors the attributes of the people from that area of the world. 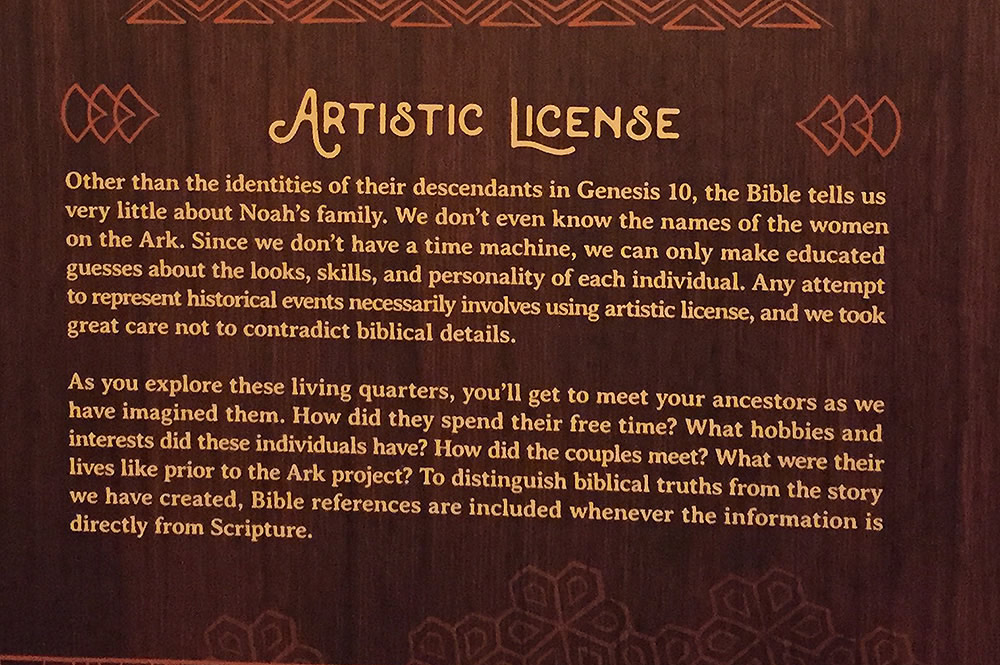 Throughout the Ark Encounter, you will see several instances of where our designers needed to use artistic license when creating the exhibits. Since we cannot go back in time to get all of the answers we needed, our designers and content team could only make educated guesses, but they took great care not to contradict biblical details.

See how our designers and content team made Noah’s journey come to life by planning your trip to the Ark Encounter now!