Have you ever wondered how Noah and his family had sufficient fresh air and light to walk about and work aboard the Ark? As you walk through the Ark Encounter, you can learn more about these topics when you visit the Animal Care exhibit on the second deck.

Displays and interactive videos in this exhibit illustrate the different ways that Noah and his family may have accessed light and fresh air during their voyage on the Ark. 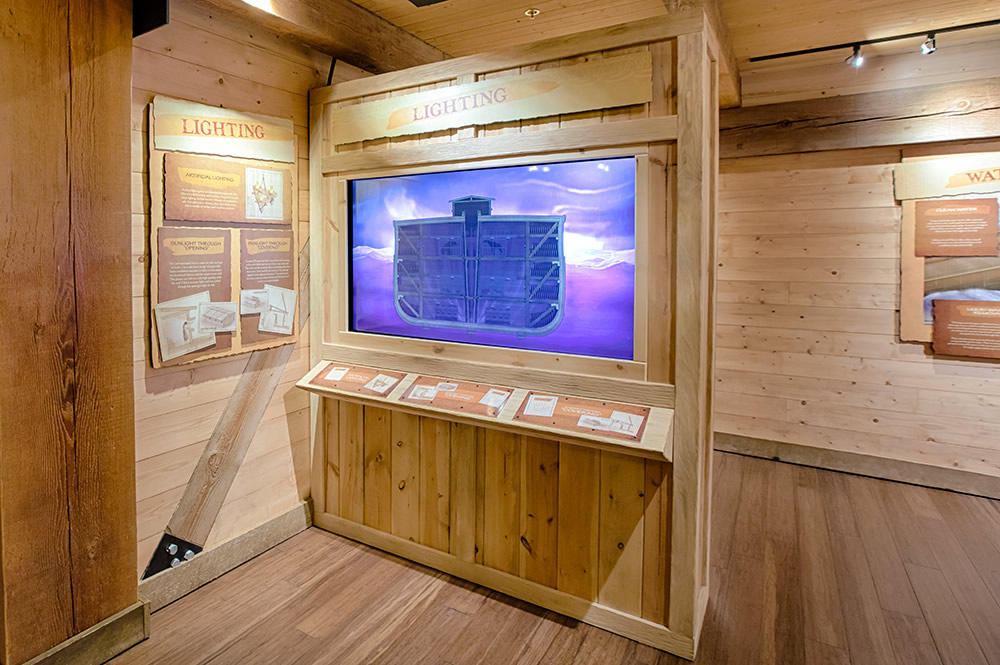 The Lord instructed Noah to make the Ark’s roof and to finish it “to a cubit from the top” (Genesis 6:16). Some translations mention a window in this context, but the normal Hebrew word for window is not used. The phrase may refer to a cubit-high opening under the roof. Light could have spilled through this opening to light the Ark. 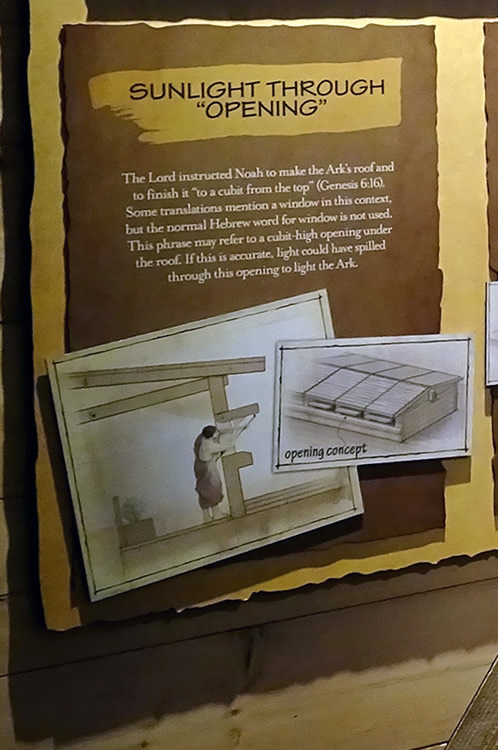 Genesis 8:13 states that Noah removed the Ark’s covering as the earth dried near the end of their time on the Ark. The word used for covering refers to something other than the window Noah used for the birds and “the opening” depicted in the image below. The covering may have been a section of the roof that could be drawn back to serve as a central skylight. 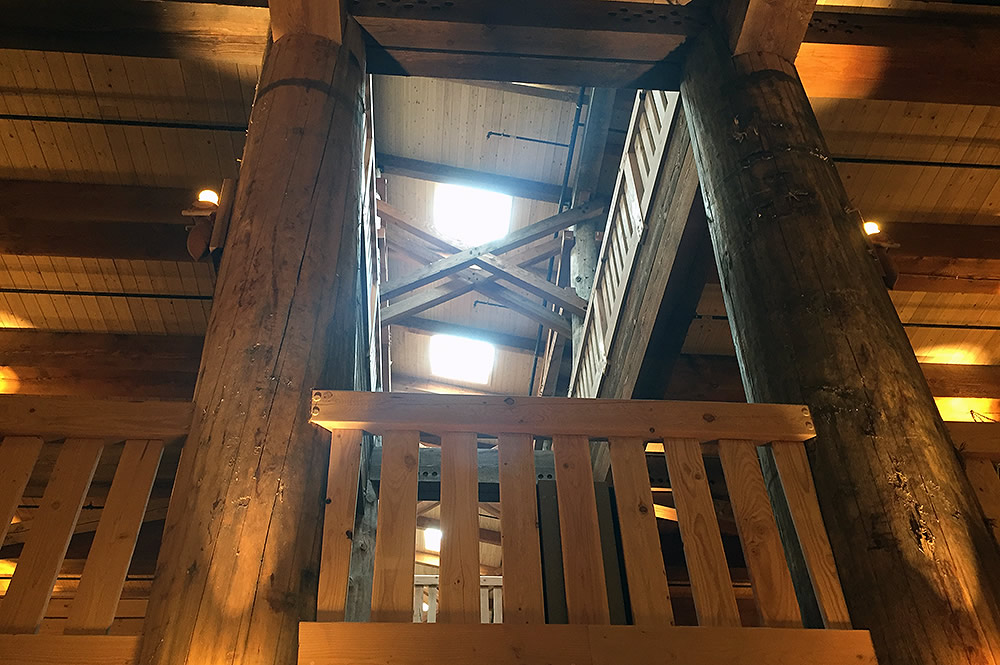 Moon pools are generally used for drilling and research vessels, but the same concept could have been applied to exploit the waves to pump air throughout the Ark. It may seem strange for Noah to include a shaft or well inside the Ark that opened to the water below, but a moon pool would have been an extremely effective mechanism to provide a continual supply of fresh air. Check out the picture below to see how the moon pool concept works.

Many modern buildings that house large numbers of animals do not require any special mechanical system for ventilation. Instead, they rely on the natural convection currents to circulate air. In addition to the possible opening along the roof, sufficient air flow could be produced by the temperature difference between cool surfaces in the Ark and the body heat generated by warm-blooded animals. 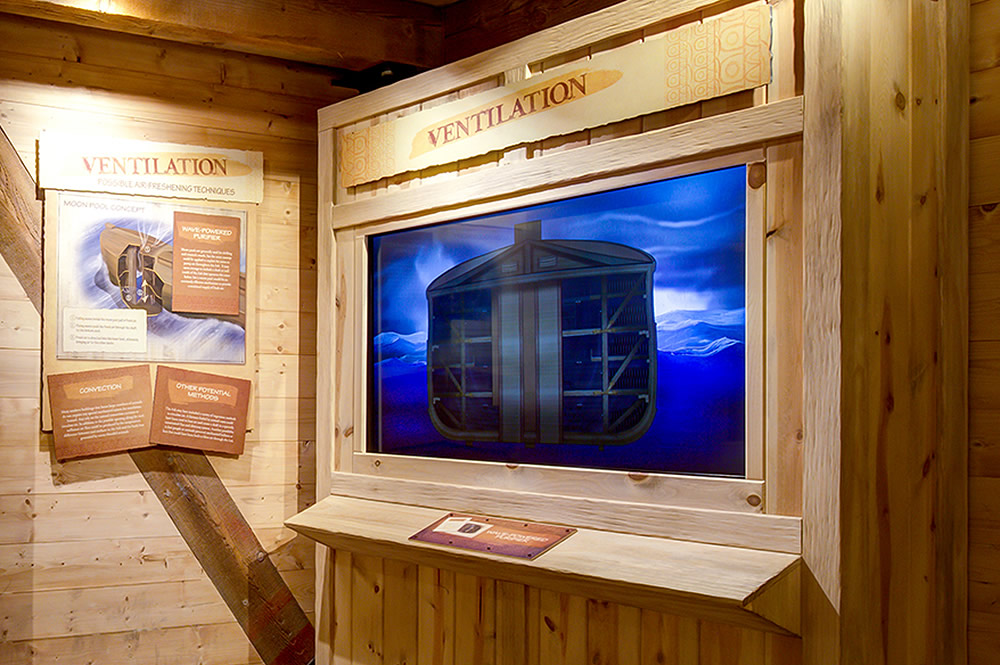 The Ark may have included a variety of ingenious methods to circulate air. A furnace fueled by animal waste could have been used to heat the air and create a draft in a specially constructed flue and chimney system. Another possibility is that people or animals powered mechanical bellows or fans that could have been built to blow air through the Ark.

Start planning your trip to the Ark Encounter today to learn more about they ways in which Noah and his family may have lit the Ark and brought in fresh air to breathe while on board the Ark. Share your favorite photos from your visit with us on Facebook, Instagram, and Twitter using #arkencounter.