How Did All the Land Animal Kinds Fit Inside the Ark?

When people come to the Ark Encounter, they are often amazed by its size. The Bible says in Genesis 6:15 that Noah’s ark was 300 cubits long, 50 cubits wide, and 30 cubits high. When using a 20.4-inch cubit, this translates to 510 feet long, 85 feet wide, and 51 feet high. But even with its huge size, it is difficult to comprehend its capacity.

The Ark Encounter is filled with answers to fundamental questions that often confront Christians today.

What Kinds of Animals Were on the Ark? 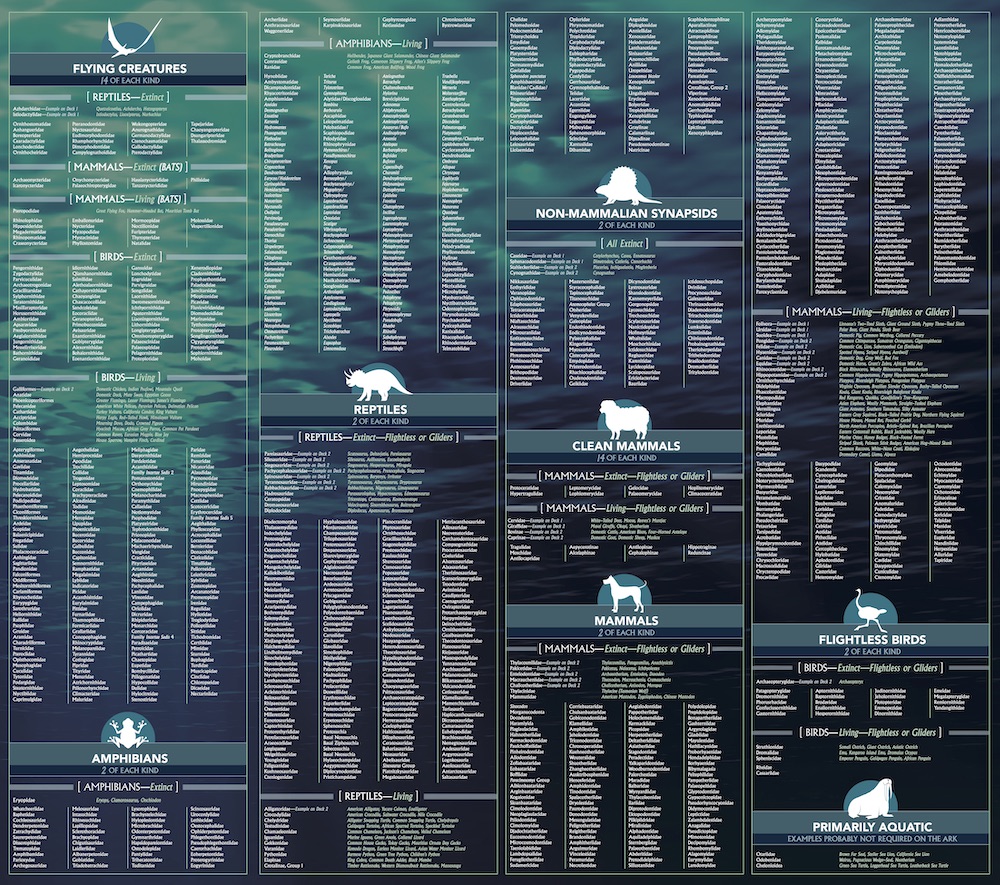 The Bible tells us that the ark housed representatives of every land-dependent, air-breathing animal—ones that could not otherwise survive the flood. Therefore, Noah did not care for marine animals, and he probably did not need to bring insects, with the possible exception of delicate insects like butterflies and moths, since most insects could survive outside the ark.

There were two of some animal kinds; certain clean and winged creatures had seven or fourteen. Recent researchers, using broad parameters, estimated the Ark may have about 1,400 animal kinds, which results in close to 7,000 total animals. This number is almost certainly too high.

Were There Dinosaurs on the Ark? 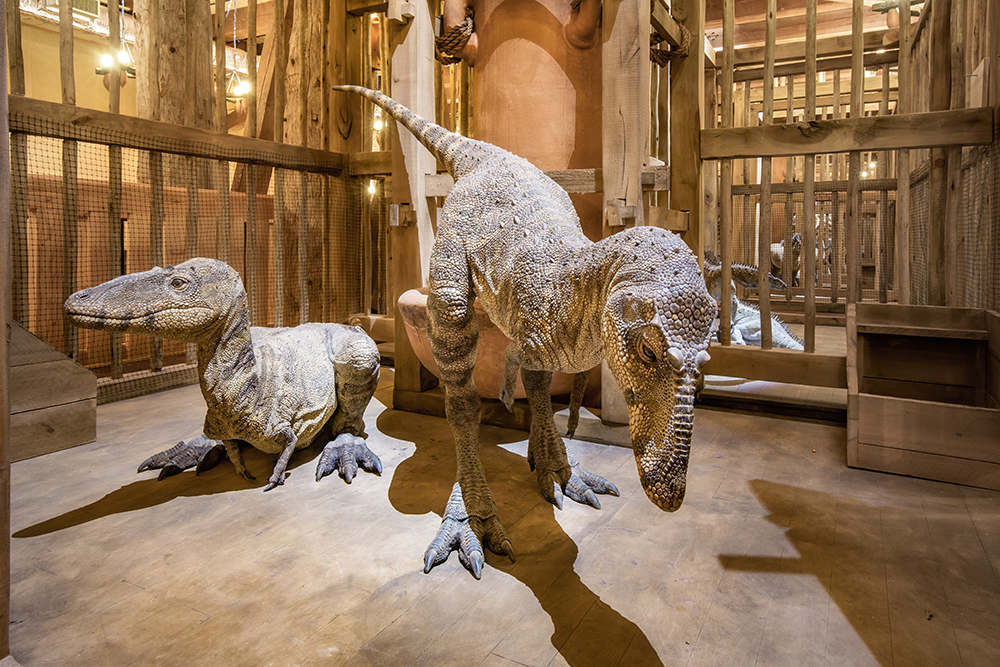 The word dinosaur was not invented until 1841 and is just a term that refers to about 80 families or types of land animals. So, what we are really asking is, “Were all the land animal kinds represented on the ark?” And the answer is yes.

From an evolutionary worldview, there was no ark, global flood, and dinosaurs died out millions of years before man existed. But a biblical worldview indicates that dinosaurs were created only a few thousand years ago with the rest of creation. And since dinosaurs are land-dwelling and air-breathing, God sent two of each kind at the time of Noah to go on the ark.

How Would They Fit and Be Cared For? 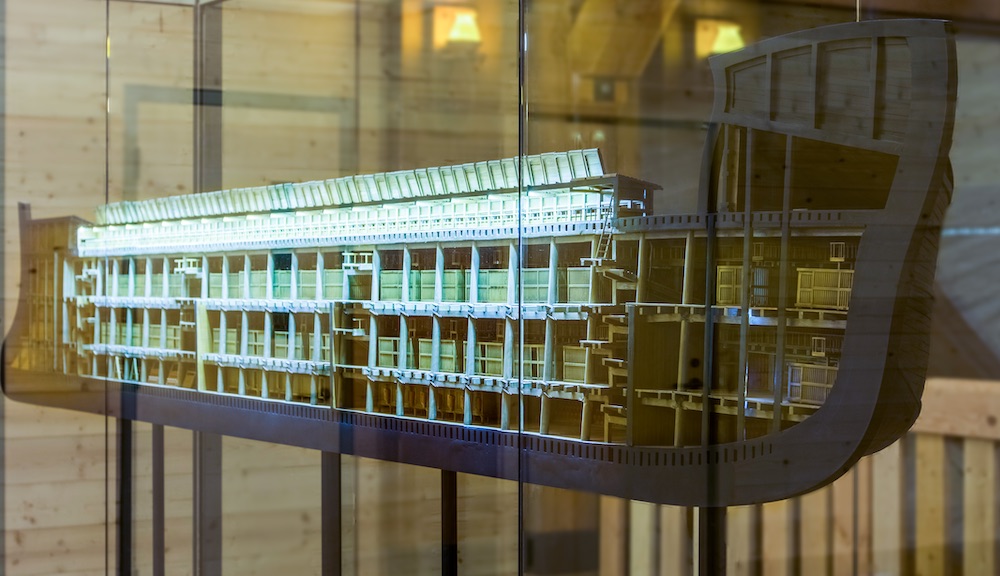 Most of the animals would have been juveniles or smaller varieties within a given animal kind. Therefore, the representatives of the biggest animals would take up less space, eat less food, create less waste, and have longer to reproduce after the flood.

Studies of non-mechanized animal care indicate that eight people could have fed and watered 16,000 creatures. One key is to avoid unnecessary distance between the animals and their stored food and water. Even better, drinking water could have been piped into troughs, just as the Chinese have used bamboo pipes for this purpose for thousands of years. 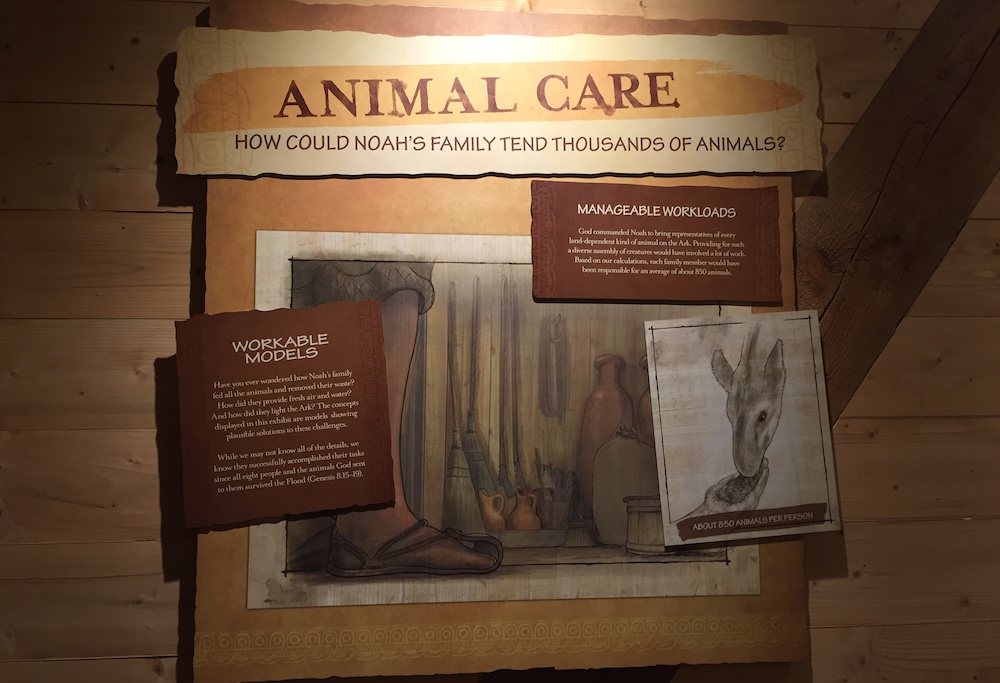 The use of some sort of self-feeders, as is commonly done in modern bird care, would have been relatively easy and probably essential. Animals that required special care or diets were uncommon and would not have needed an inordinate amount of time from the handlers. Even animals with the most specialized diets in nature could have been switched to readily sustainable substitute diets.

These are just some of the questions that can be answered at the Ark Encounter. Plan your trip to see for yourself!