Hang with Sloths at the Ararat Ridge Zoo

The Ararat Ridge Zoo is growing! On March 3, we introduced our newest additions to the zoo at the Ark Encounter: Felix and Eutychus. These amazing animals are Hoffman’s two-toed sloths. Check out what makes these sloths so unique. 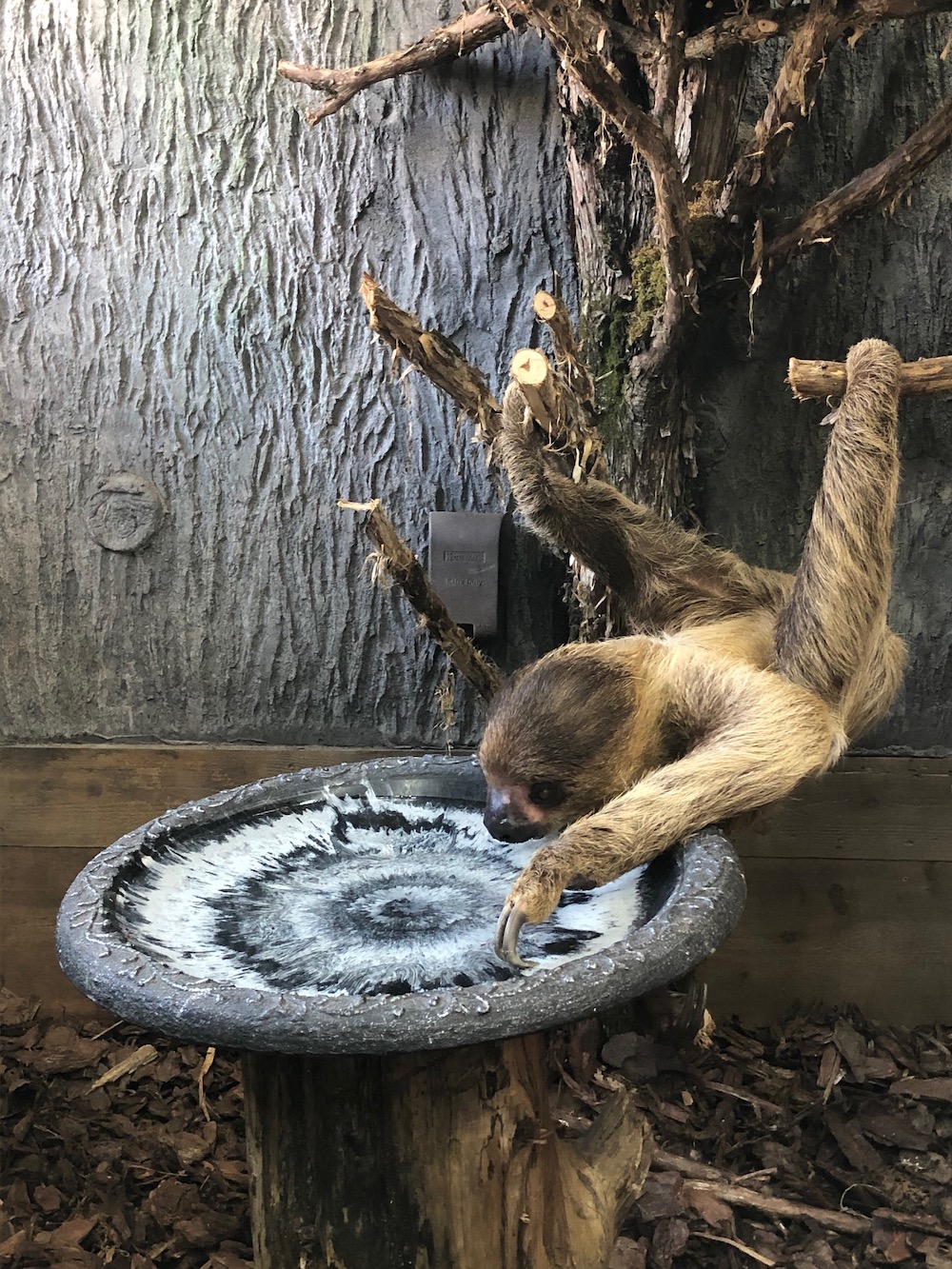 Renowned for their slow movement, sloths are one of the most unique animals in the world today. All are native to the rainforests of Central and South America. They belong to one biblical kind under the suborder Folivora, which translates in Latin as “leaf-eater.” Only six species remain today.

Sloths also have extremely low metabolic rates, less than half of what is typical for other mammals their size. This explains their slow movements; they move only when necessary, and their average speed is 13–15 feet per minute. 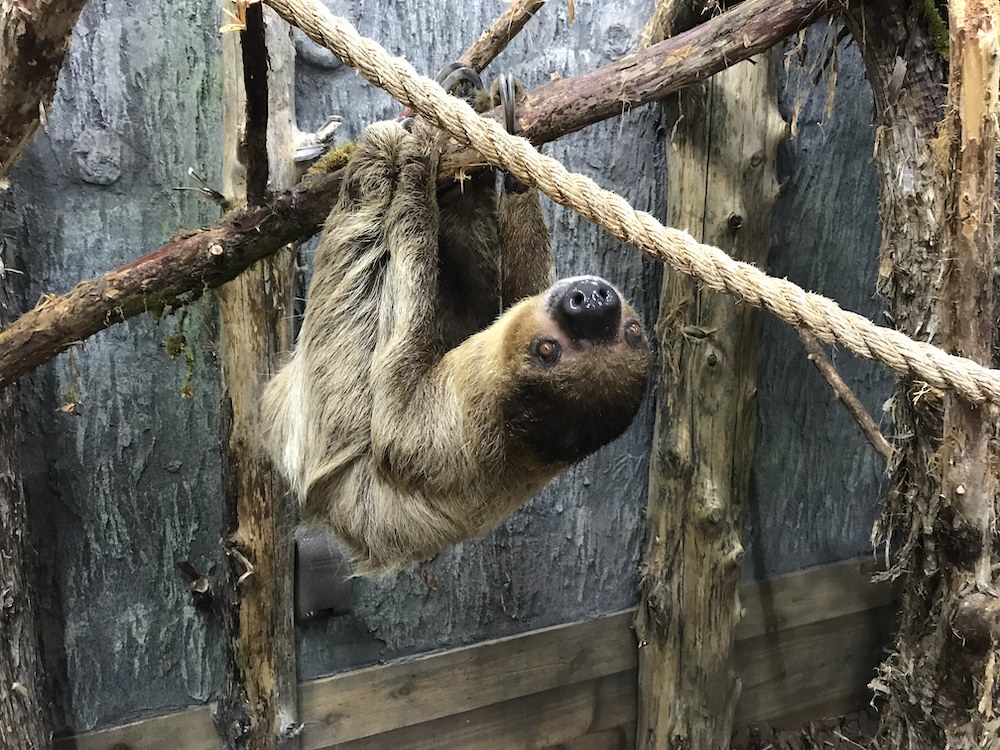 Sloths spend the vast majority of their lives hanging upside down in trees. Although all sloths have three long, sharp, hooked claws or “toes” per hindfoot, they either have two or three claws on their front feet to help them hold on to branches. 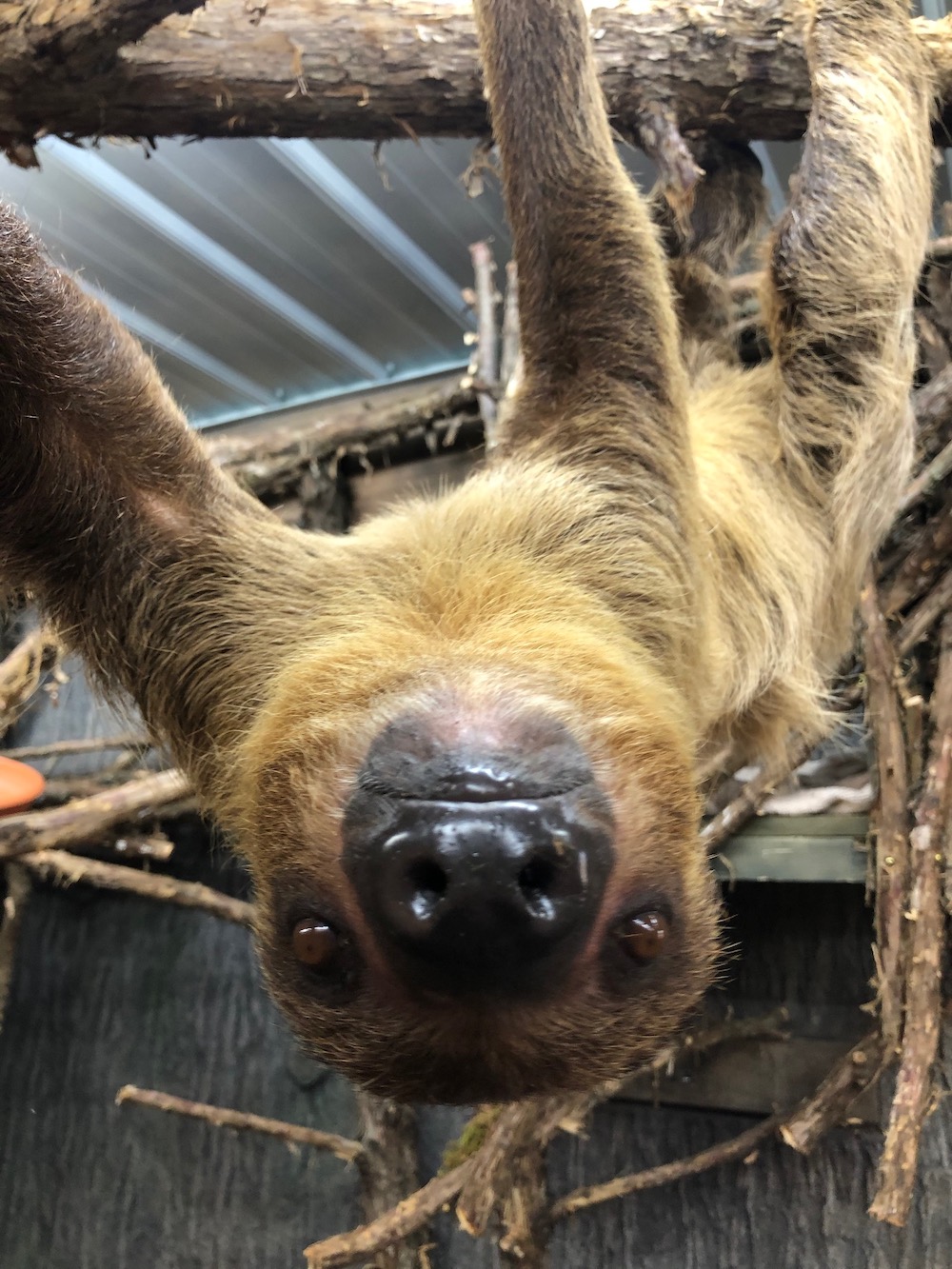 About Felix and Eutychus

Like the other animals at the Ararat Ridge Zoo, our zookeepers intentionally picked the names of our sloths. They are named after biblical characters and carry two of the narratives of the apostle Paul. 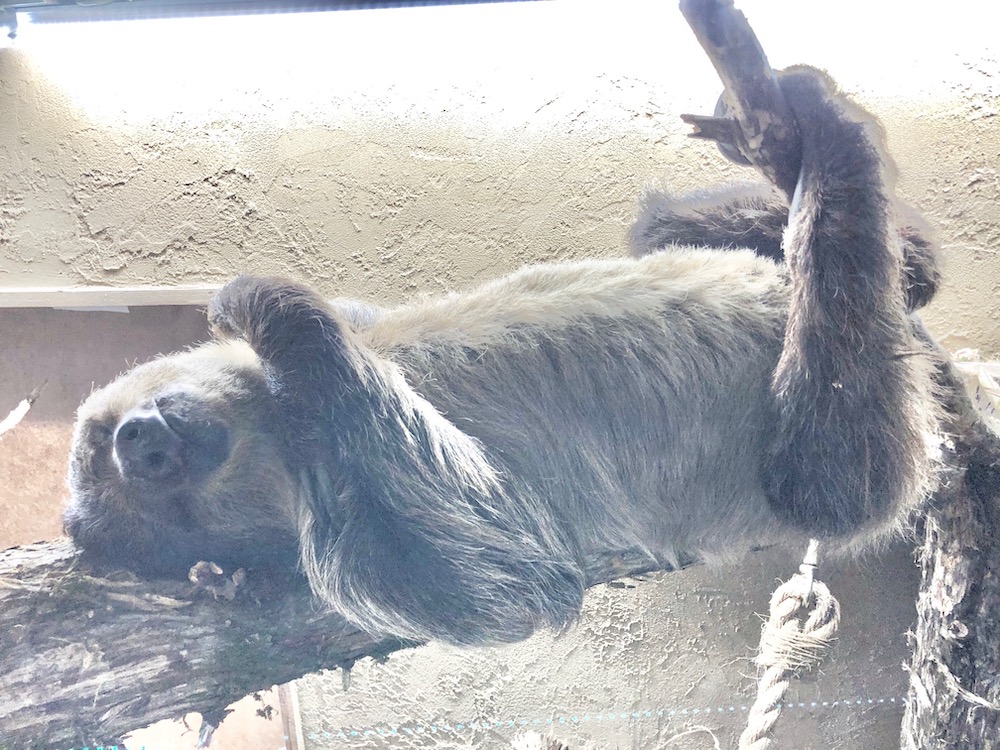 Felix means “happy” or “lucky.” Antonius Felix was the Roman procurator of Judea during the life of the apostle Paul, who stood trial before him. Although Paul was imprisoned under Felix, the procurator favored him. Our sloth Felix is 3 years old and is much larger than our next featured sloth, Eutychus. 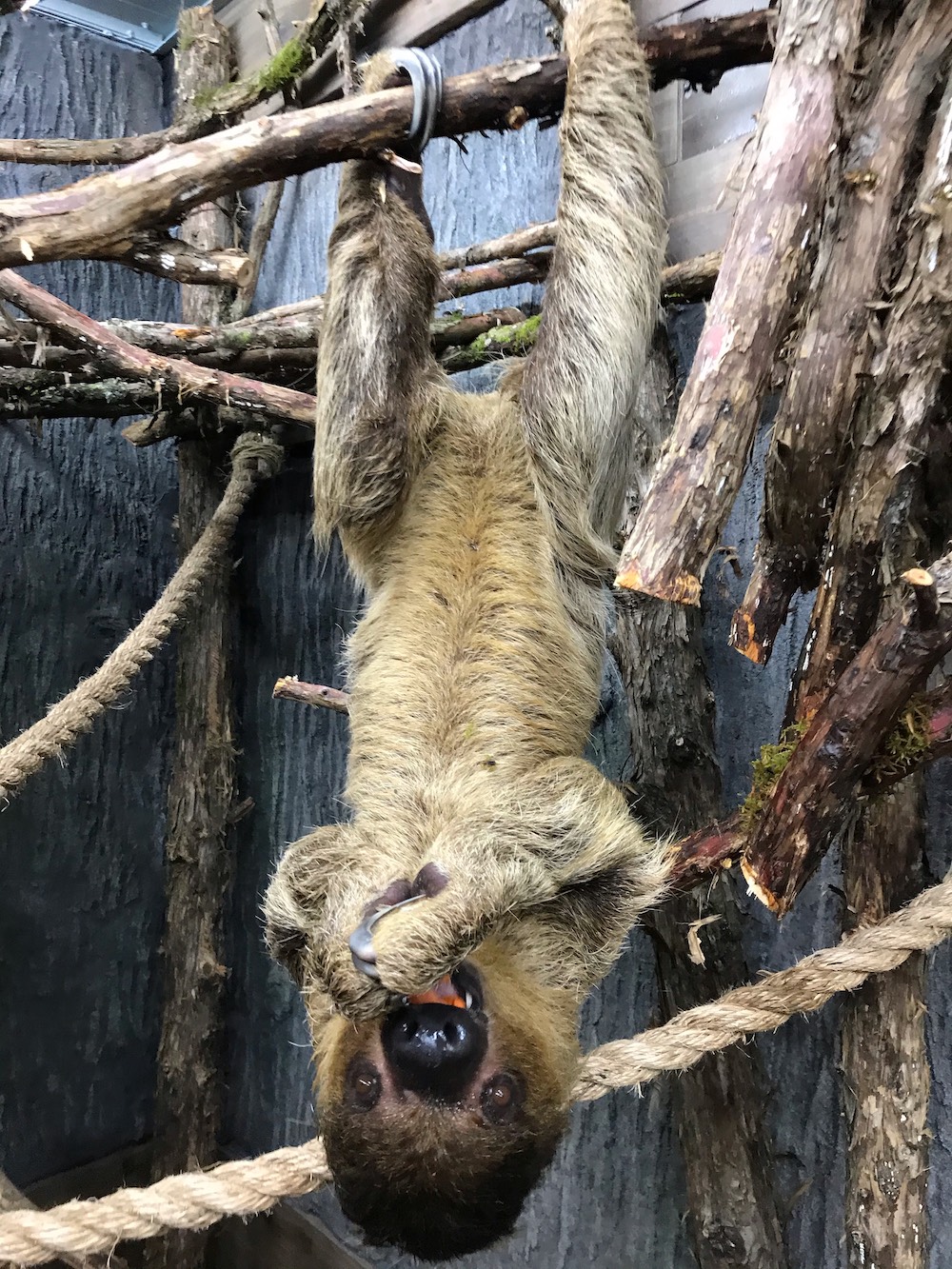 Eutychus means “fortunate.” He was a young man who fell asleep and fell out of a third story window and died while listening to the apostle Paul preach. Paul then brought him back to life. Eutychus the sloth is 2 years old and has a fun, goofy personality.

Come See for Yourself! 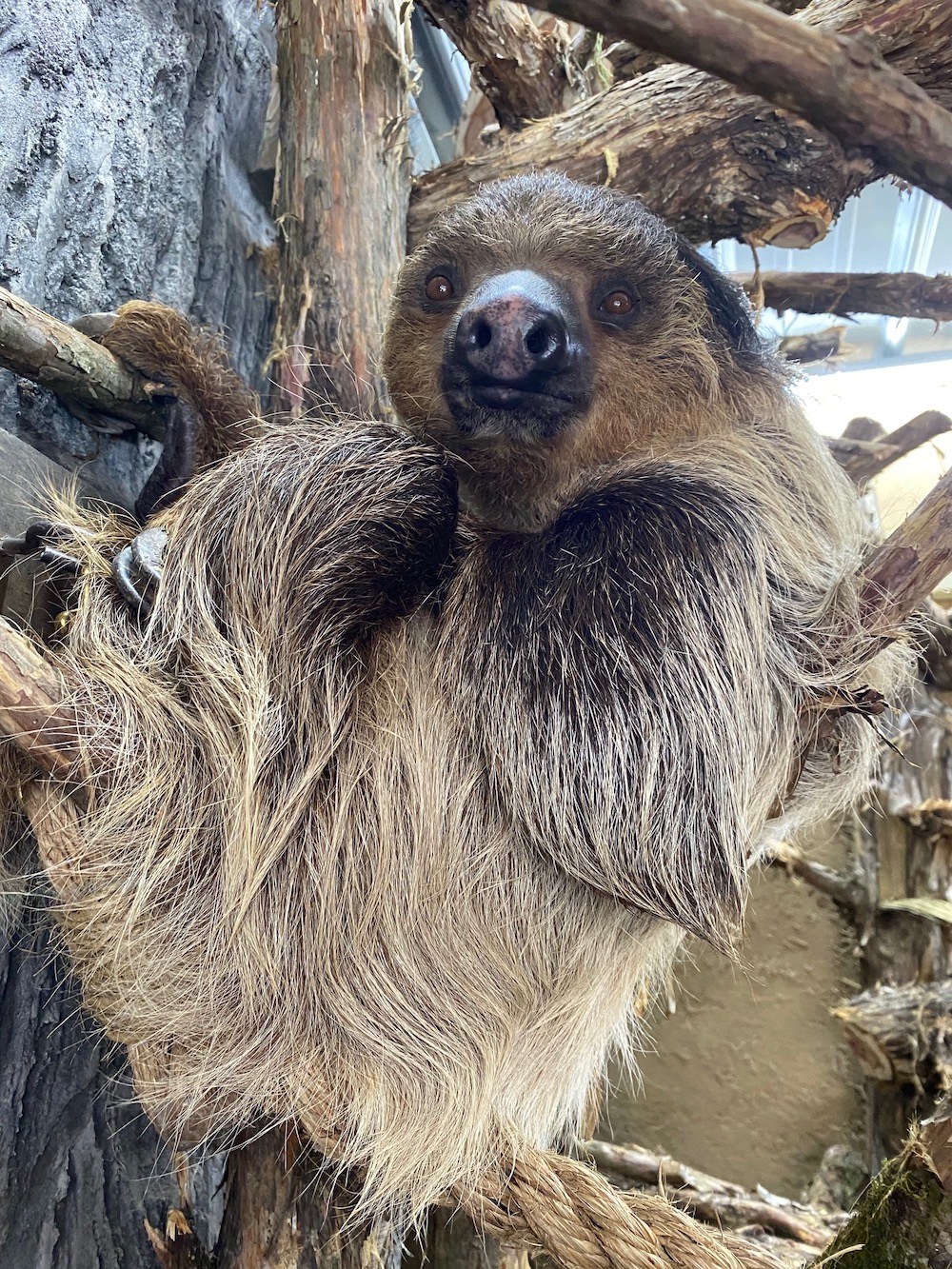 The sloth exhibit is located at the front of the Ararat Ridge Zoo. They will be in an indoor enclosure that is viewable to the public unless it is over 70 degrees outside, when they will be given access to their outdoor yard during the day. Plan your visit to the Ark Encounter to meet our newest friends!