A visit to the Ark Encounter is not complete without a trip to the Ararat Ridge Zoo, which is located behind our life-size Noah’s Ark and is included with your admission. Our zoo is home to over 150 animals representing 60 species from every continent except Antarctica, and we recently added several new animals that our guests are sure to love.

Our guests at the Ararat Ridge Zoo are wild about our beautiful new additions, the African crowned cranes!

This endangered species is native to the wetlands and grasslands of eastern and central Africa, where they can often be found following behind herds of herbivores to eat the insects and other critters their movement flushes out. They’re also one of only two species of cranes capable of perching in trees.

Salem and Shiloh are a bonded pair and have been entertaining guests with their dances and songs. Come see our new birds during your next visit to the Ark Encounter.

Meet Bathsheba, Rachel, Sarah, and Zipporah, the Ararat Ridge Zoo’s new Aoudad (pronounced OW-dad) sheep. Also known as Barbary sheep, they are not true sheep or true goats but belong to the same kind as them.

Native to the rocky hills of northwestern Africa, Aoudad sheep are remarkable climbers and can jump over seven feet high from a standing start. Their prominent curved horns can reach 33 inches in length.

We also recently welcomed Machir the ball python to the Ararat Ridge Zoo. Affectionately called Mac by his keepers, he absolutely loves attention. You can see him playing in a ball pit in the photo below.

He’s a pastel ball python, meaning he’s more yellow and pale in color instead of the typical brown. He acts as an animal ambassador and is featured in our animal shows at the Ark Encounter.

In the photo below, you can see Hezekiah the California kingsnake exploring the outdoors while her handler supervises. She seems to love climbing the trees and swimming in the “river.”

Did you know that kingsnakes are considered the “king of all snakes” because they prefer to eat other snakes? That’s why this species has the strongest constriction force proportional to body size of any snake.

Don’t worry though, Hezekiah is very friendly to humans and can often be seen during our daily animal shows at the Ararat Ridge Zoo. 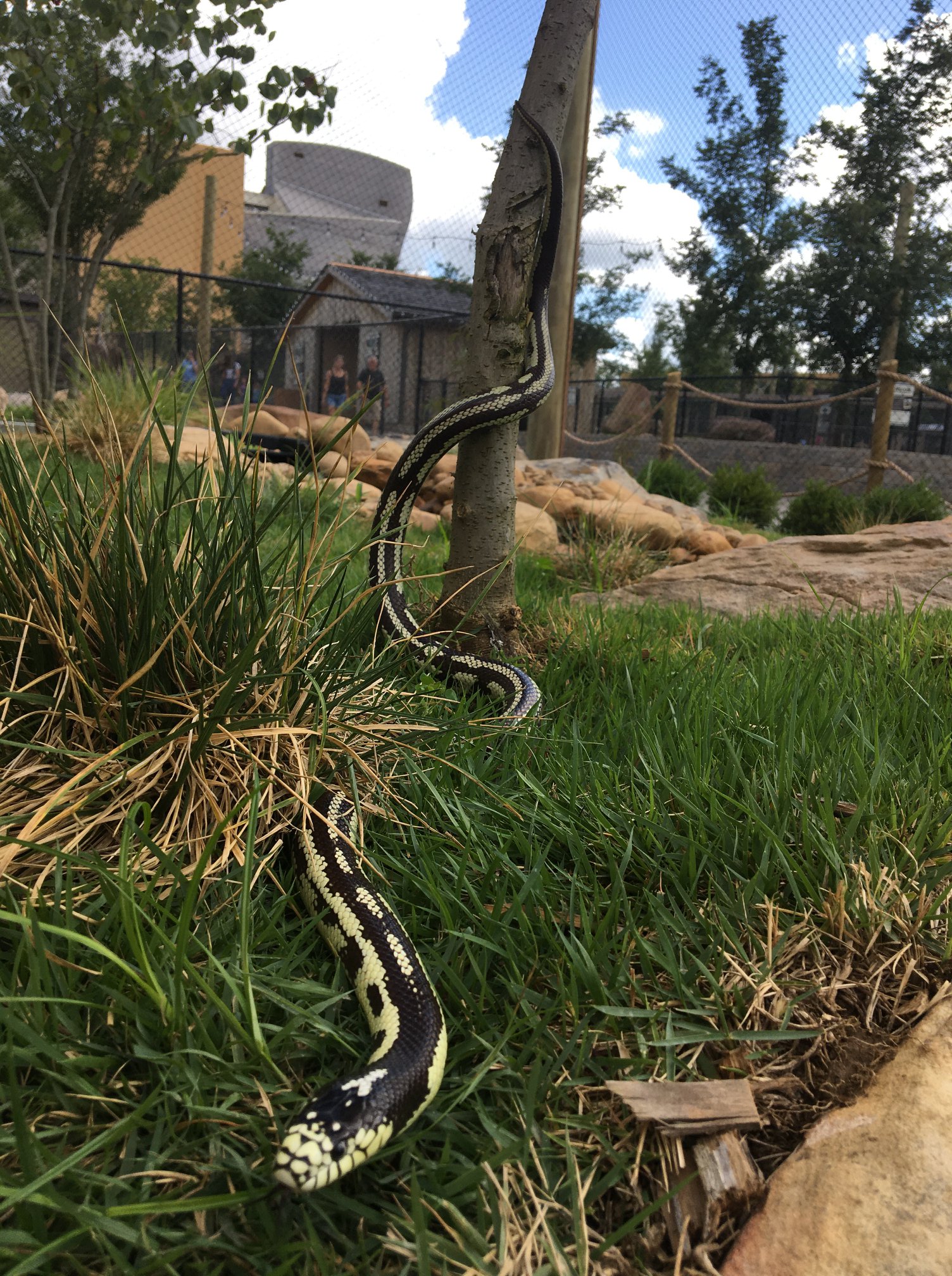 Our zoo recently adopted three desert millipedes, and they are featured in our animal shows.

Desert millipedes come from the deserts and scrubs of the southwestern United States and Mexico. They are plant eaters who like to burrow underground and can grow six inches long or more.

Did you know that although the word “millipede” means “thousand feet,” there are no millipedes that have 1,000 legs? The highest number of legs any millipede species has is 750. 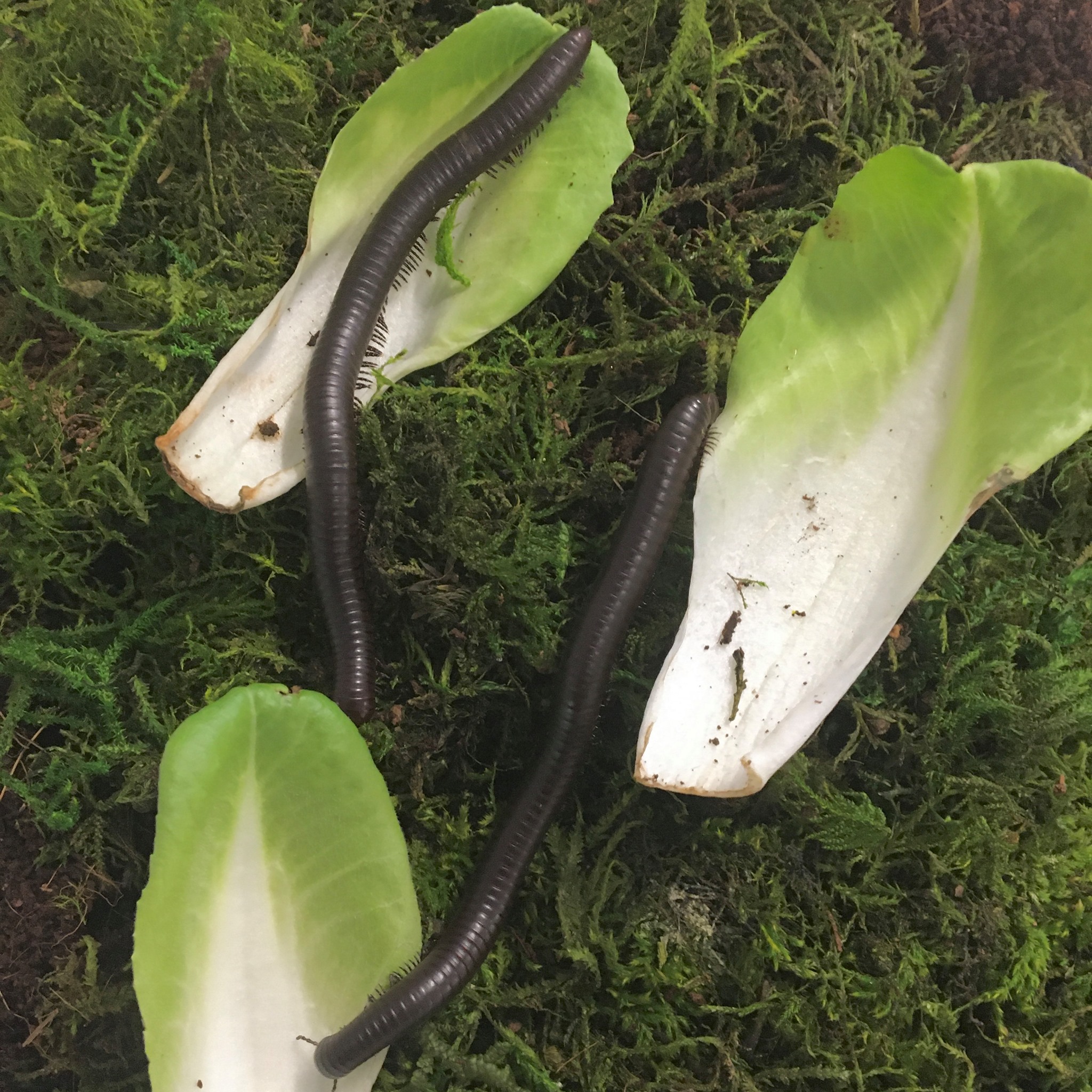 Say hello to our new arachnid at the Ararat Ridge Zoo! She’s not a spider or a scorpion—she’s a giant vinegaroon. She doesn’t have fangs or stingers. Instead, she shoots a strong acetic acid solution that smells like vinegar out of glands beneath her tail (called a telson)!

The Ararat Ridge Zoo also has a new tiny tort! Meet Crimson the baby red-footed tortoise! Native to the forests of Central and South America, these colorful tortoises grow to be 10–15 inches long and 20–30 lbs., so he’s got some growing to do. Crimson will also be featured in our daily animal encounters. 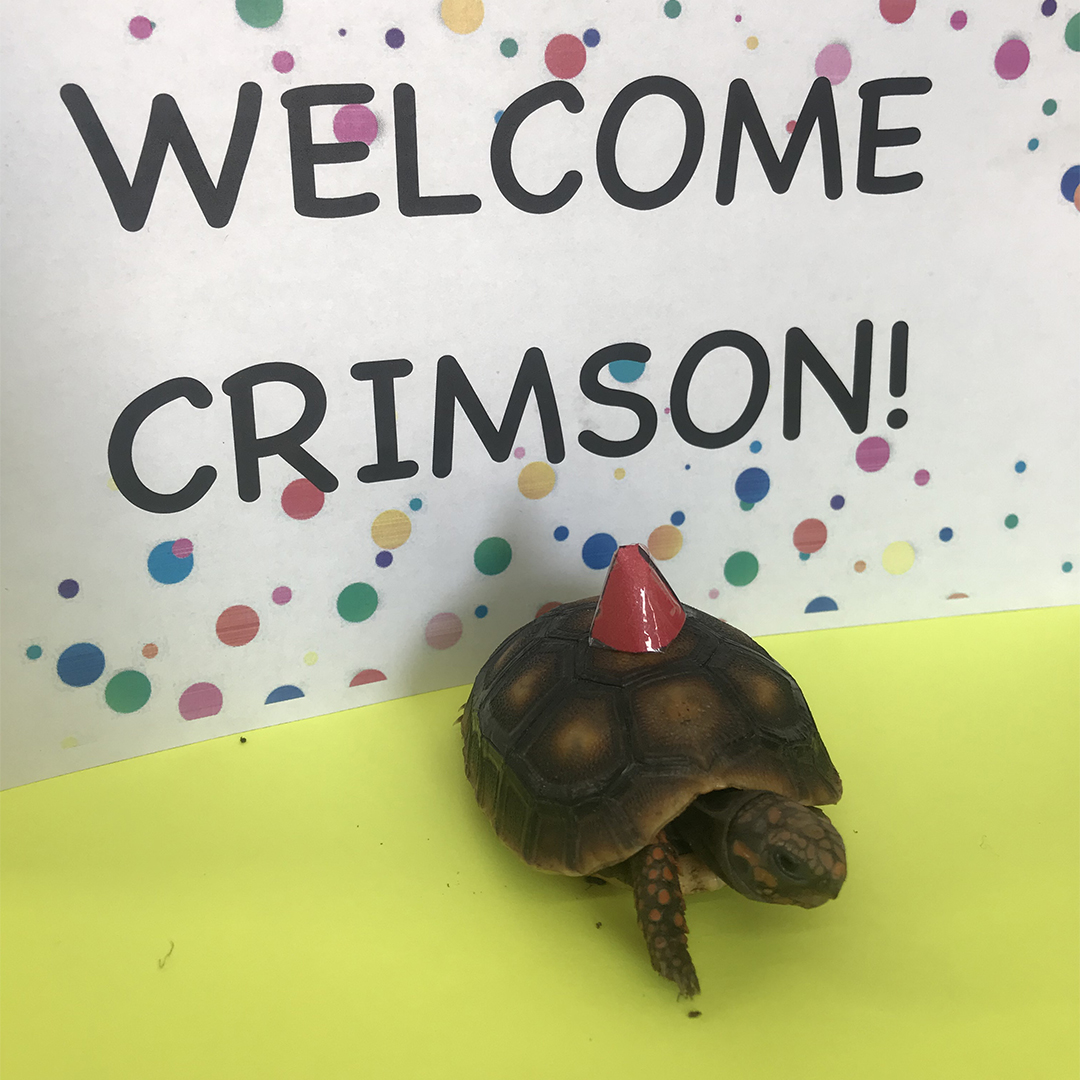 Orion the Russian tortoise is on the prowl, and he enjoys exploring outdoors on warm days.

Did you know that Russian tortoises were the first animals to fly to the moon and back in the 1968 Russian Zond 5 mission? Orion seems to have inherited that adventurous spirit. He’s often featured in our daily animal shows at the Ararat Ridge Zoo at the Ark Encounter.

Delilah is a seven-foot-long, 12-year-old Taiwan beauty snake, and she made her debut in our daily animal shows here at the Ark Encounter earlier this year.

This species is native to Taiwan, and they are also invasive on the island of Okinawa, Japan. They are known as beauty snakes because of their striking coloration, which changes pattern at the end of their bodies.

Although she’s very long, she is harmless to people and enjoys climbing on her zookeepers while they walk around the zoo to meet guests. 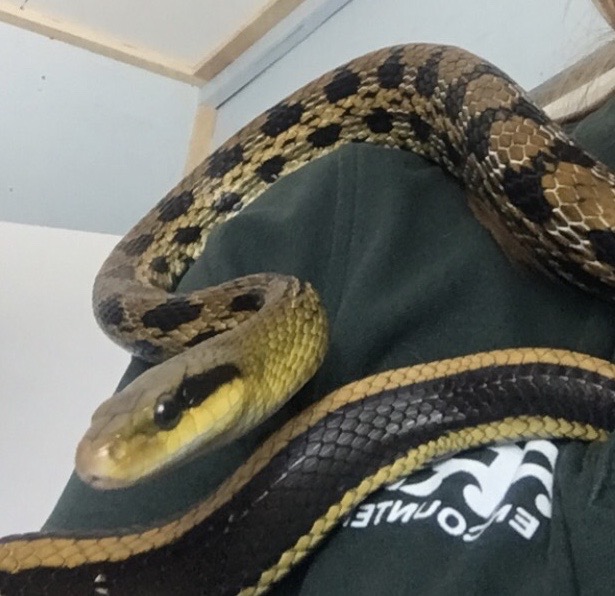 Start planning your trip to the Ark Encounter today, and be sure to head out to the Ararat Ridge Zoo to meet our animals while you are here. Then, share your favorite photos with us on Facebook, Instagram, and Twitter using #arkencounter.

Previous Article Save Big When You Register for Our 2021 Answers for Pastors and Leaders Today! Next Article Save the Date for our 2020 ChristmasTime at the Ark Encounter