When speaking about man's intellectual potential before the Flood, we sometimes use an expression such as, “Man was a fresh creation from God.” What do we mean by that? Well, we note that God ends the sixth day of creation with these words: “And God saw everything that he had made, and behold, it was very good.” (Genesis 1:31) 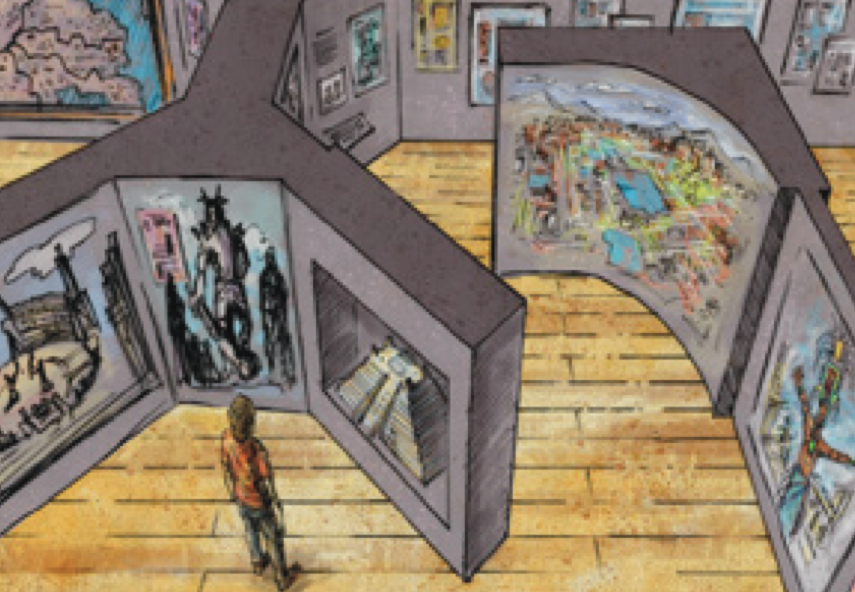 Artist's depiction of a future exhibit at the Ark Encounter where visitors will be given a glimpse of what the world may have looked like right before the Flood.

“It was very good” refers to everything God had created, including man. Man was not created susceptible to diseases like cancer. He had no inclination toward developing cataracts in his eyes or cavities in his teeth. His DNA contained no mutations, and his brain functioned flawlessly. It is said that we use only a fraction of our mental capabilities. That is apparently true, but one thing is certain: when God finished assembling Adam's brain, it fired on all cylinders and ran smoothly! Compared to us, he was an intellectual giant!

So, what happened? Sin happened, and the world God called “very good” began to break down. Genesis 2:17 records that the penalty for Adam's disobedience included the entrance of death and corruption into the world.

Today we see the results of that collapse in diseases like cancer, cataracts, and cavities. The list seems endless. When God commissioned Noah to build the Ark, however, these defects hadn't had as much time to manifest themselves in humans. Ancient men were not brutish knuckle-draggers as evolutionists claim, but brilliant, creative beings capable of building a civilization that might astound us today.

Regretfully, brilliant men are capable of brilliant sinning. Because of this behavior, God destroyed Noah's marvelous-looking world in a global Flood, burying it forever.

For a glimpse of how that incredible world may have looked, plan a visit to Ark Encounter when it opens in northern Kentucky!

Previous Article When Is A Window Not A Window? Next Article Ark Funding Reaches Milestone; Incredible Matching Gift Announced