Shem may well have been the darkest person on the Ark, since many of his traceable descendants range from being dark to lighter middle brown. His skin shade will still be middle brown, and he’ll have brown eyes and dark brown hair. Many of his descendants settled in the Middle East—the Israelites, Arabs, and Assyrians come from him, and many in India are likely his descendants too. We can make him the shortest of the brothers, though not by much. 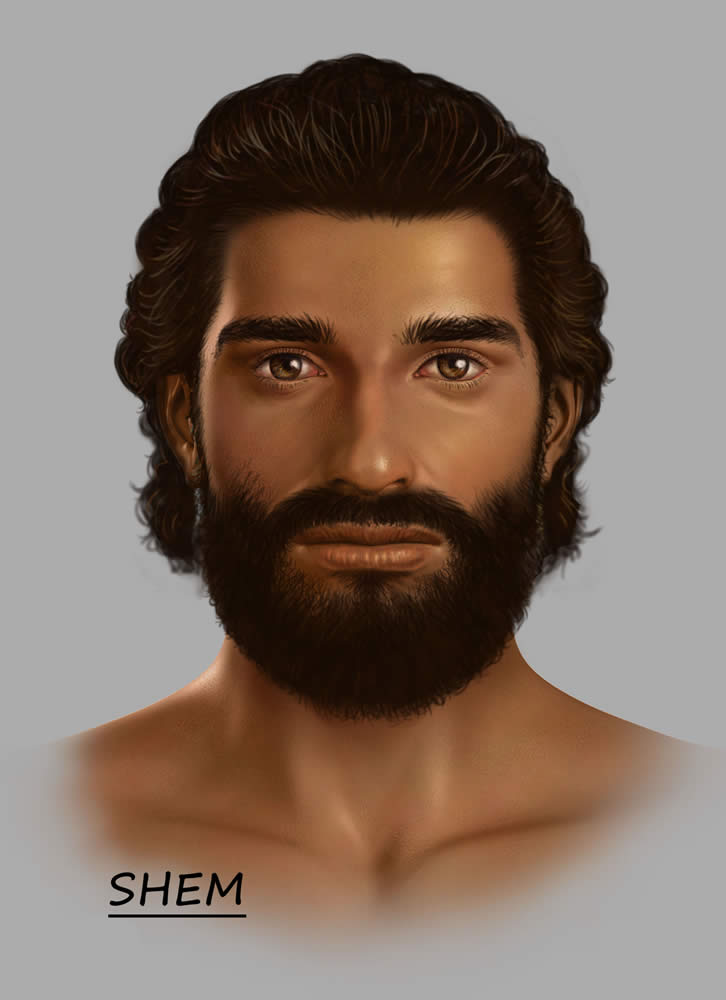 Since Shem is the great, great . . . grandfather of Abraham, Isaac, and Jacob, and because the Lord is called the “God of Shem” in Genesis 9:26, we may want to depict Shem as being more devoted to God than his brothers are. Since many of his distant descendants were shepherds, and God seems to have a unique love for that occupation, we could portray Shem working with the sheep kind at one point.