In this series, we thought it might be fun to show you some extinct animal kinds—varieties that Noah interacted with that we do not. The first group in our series was the entelodont kind. Now, let us take a look at the macraucheniids. 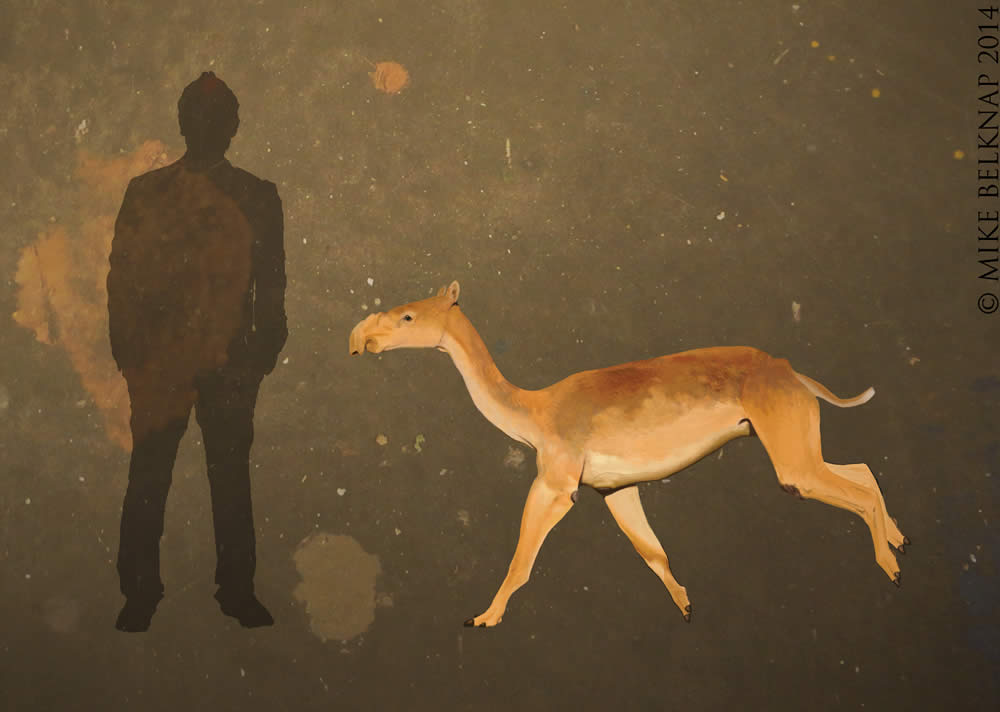 Members of the extinct order Litopterna, the family Macraucheniidae contained three subfamilies which were comprised of numerous genera. It is obvious from their anatomy that these mammals were herbivorous—that is, they ate plants. Their body designs were generally camel-like, so their lifestyles may have followed suit.

Thus far, macraucheniid fossils have only been recovered in South America. Judging by the rock layers in which we find their remains, it appears that macraucheniids gained a decent foothold in the continent after the Flood—a run that apparently lasted until the end of the Ice Age. It is possible that humans hunted macraucheniids to extinction sometime after the dispersion at Babel.

Macraucheniids ranged in size from about 6.6 to 16 feet (2–5 m) in length. The weight of Macrauchenia, one of the largest and most recent macraucheniids, has been estimated at 2,297 lbs. (1,042 kg). Macrauchenia is a good example of what we call “Ice Age megafauna”—animals that grew to super-sizes during that era.

Macraucheniids are another amazing group of animals that provide a fascinating glimpse of God’s creativity.

Previous Article Pre-Flood Planning Next Article Has the Ark Been Found?