As our AiG designers and artists work on props back here at the studio, other people have been contracted to help in the production of animal specimen that will be displayed on the Ark. Just last week, a new arrival was delivered. Besides dinosaurs, another fossil that gets tremendous amount of attention is Archaeopteryx whose features, according to evolutionists, make it a clear candidate for a transitional fossil between non-avian dinosaurs and birds. Here is an interesting article from our AiG website concerning Archaeopteryx. 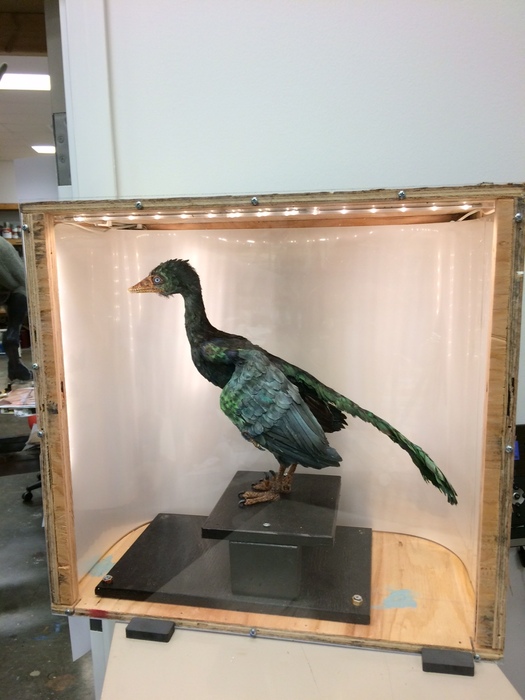 Some other contract labor is that of Leslie Brock and her crew who are putting the finishing touches on Shem’s bedroom and Ham’s bedroom. Once these are completed, they will go into storage until they are ready to be delivered and placed on the third deck of the Ark. 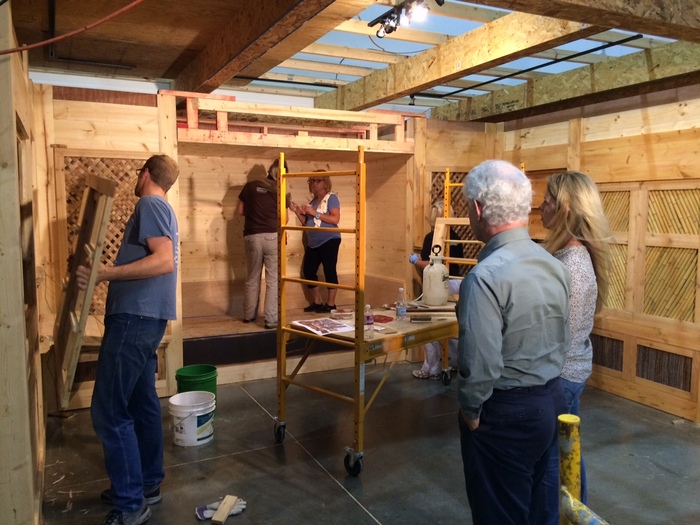 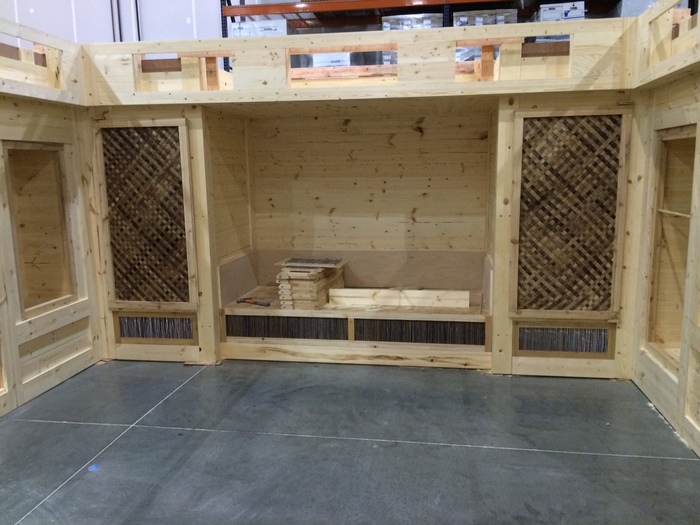 Here is a picture of John White and Tim Watkins working on middle-sized cages, and when asked about the slant of the boards in the last picture, they said that was for the disposal of animal waste. 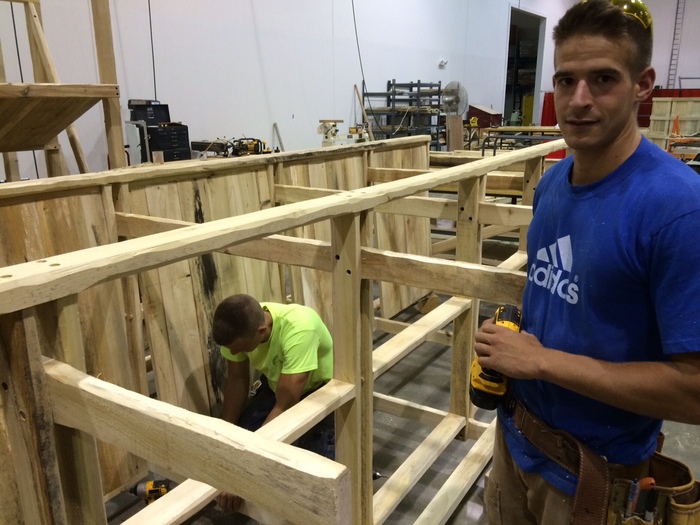 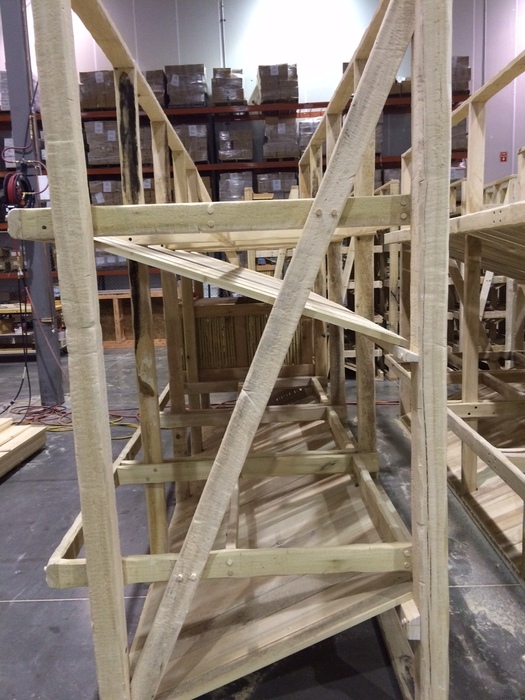