Tricks of the Trade

It takes an enormous amount of time and effort to make a lifelike model of an animal. Our designers have spent weeks detailing this juvenile T. rex. Each scale of the creature’s body has been hand-impressed to give it that “It’s alive!” feel—though we will not want anybody and everybody touching it when it is on display in the Ark.

The following picture shows Ben Iocco painting a coating of silicon over what took weeks to detail. The casual observer might wonder why he is covering up the intricate design. 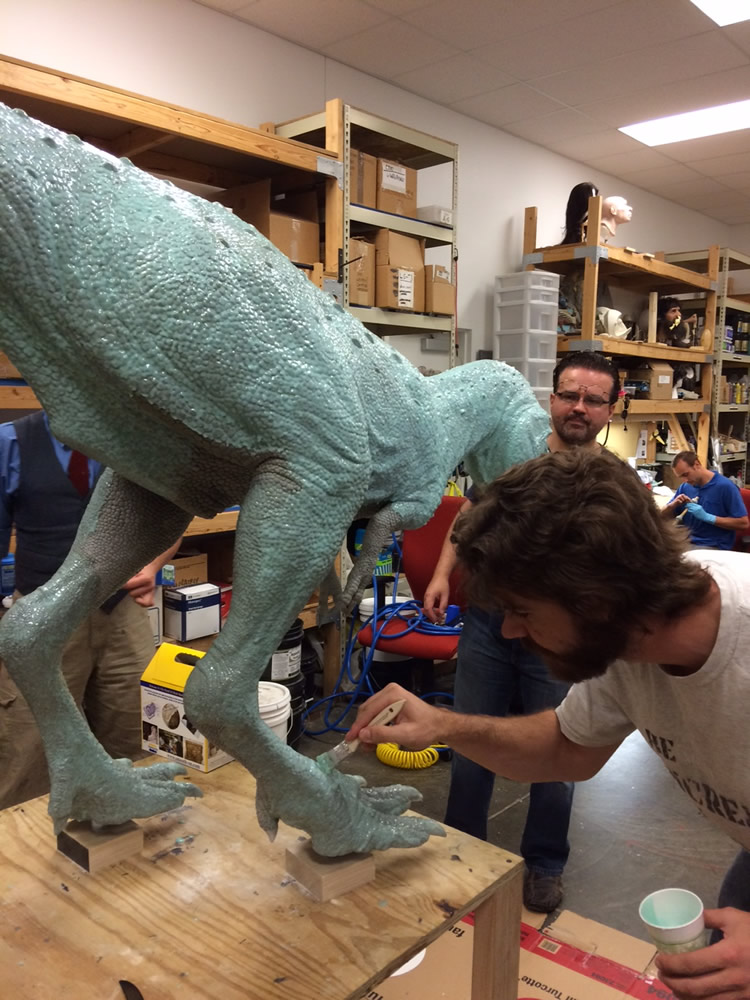 But there is method to this madness! He is actually going to paint several coats of silicon on it because he is in the process of mold making. You see, there is another T. rex that needs to be textured, and they can use the mold from the first to expedite the completion of the second.

The second picture is an example of what a silicon mold looks like.

Although the mold won’t fit perfectly over the second T. rex that is reclining, large sections of the mold will. So instead of crafting one scale at a time, larger areas can be impressed all at once. 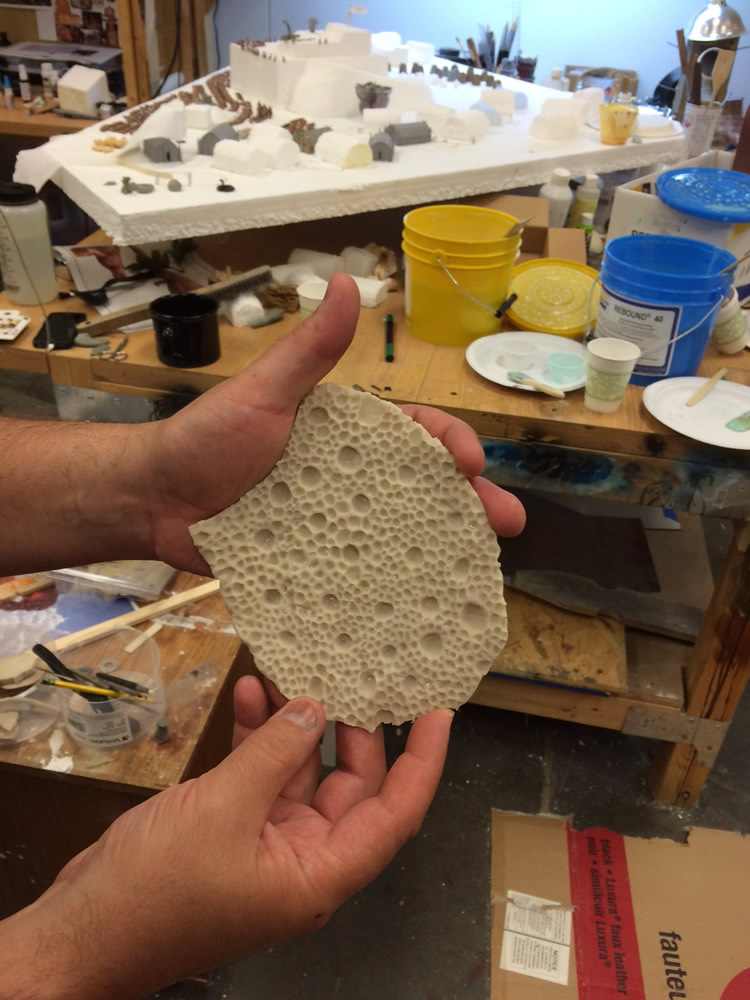 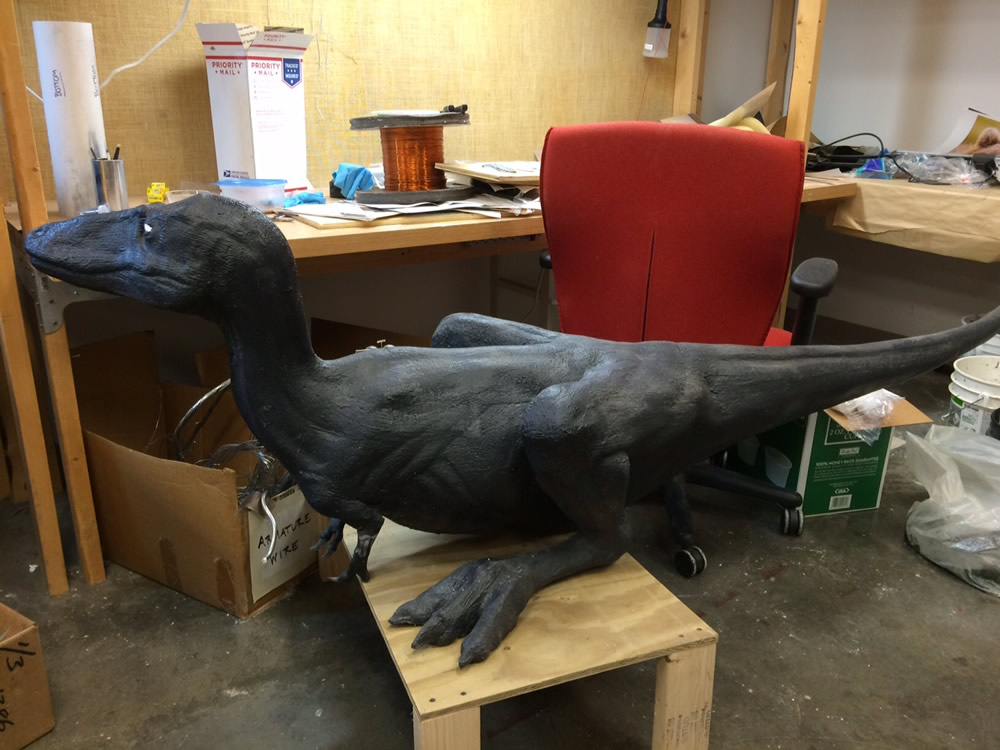