As many of you know if you are regular readers of the construction blogs, the Ark Encounter will have a multitude of paired animals on display. We have discussed how some of these animals have been constructed out of Styrofoam and made to look life-like. With some, we have had to make it look like they are covered with scales, and others are covered with fur or feathers, but the pig kind has presented a different challenge. A pig has hair but it isn’t furry. Around its snout are hundreds of bristles that will need to be implanted one at a time, so a Styrofoam head just won’t serve the purpose. Instead, the artists have molded a silicone covering to form the head of the pig that will be conducive for the bristle implant. They will also add a hairy layer beginning around the neck and moving toward its tail.

You might wonder why we don’t just go to the taxidermist and get a couple of pigs. But keep in mind that we are going to show representatives of the pig kind that existed in Noah’s time rather than modern pigs. 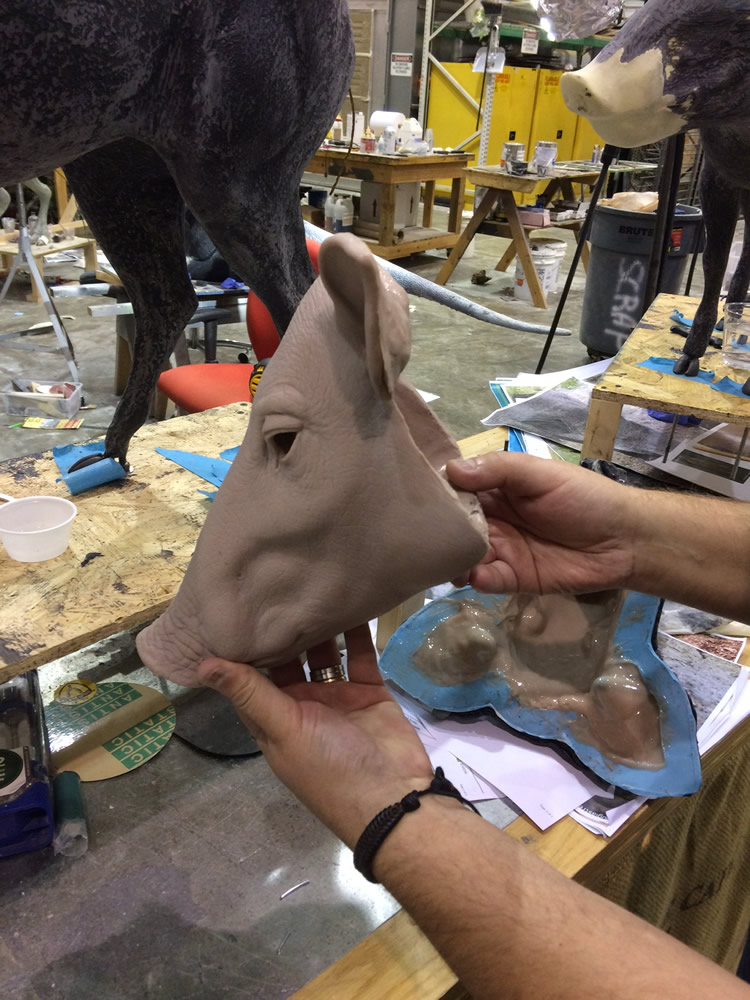 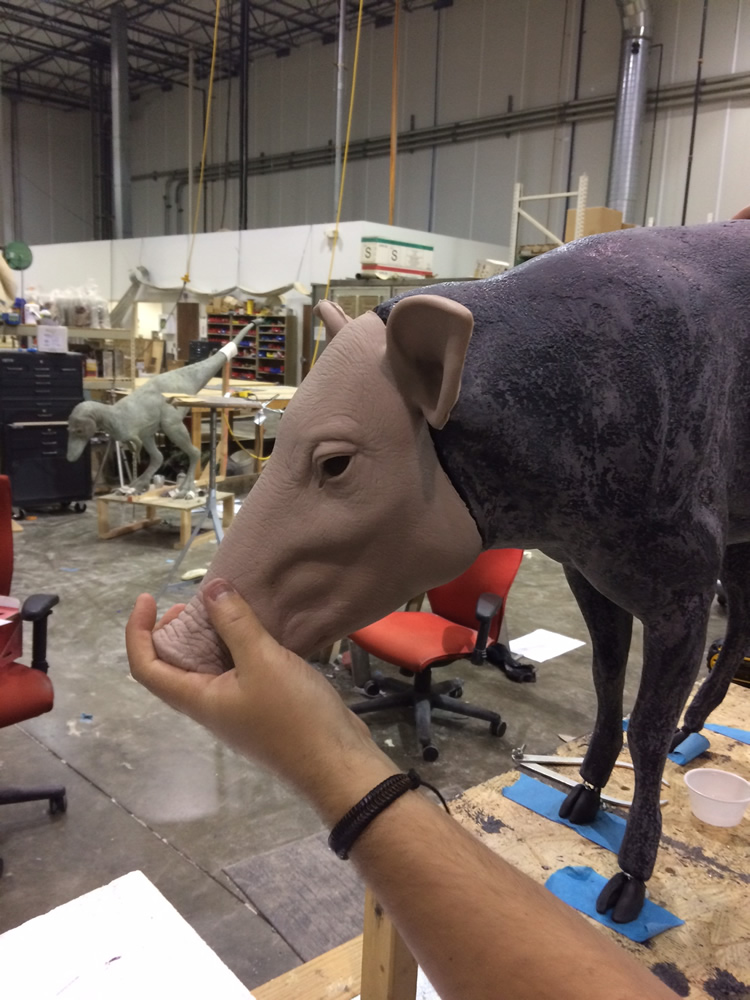 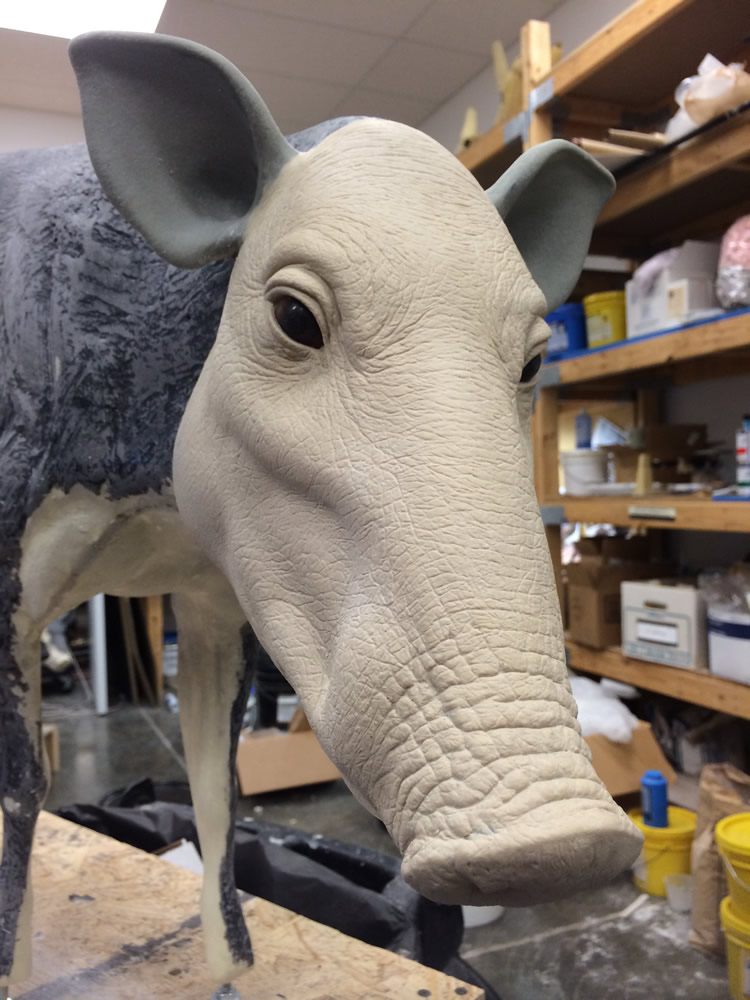 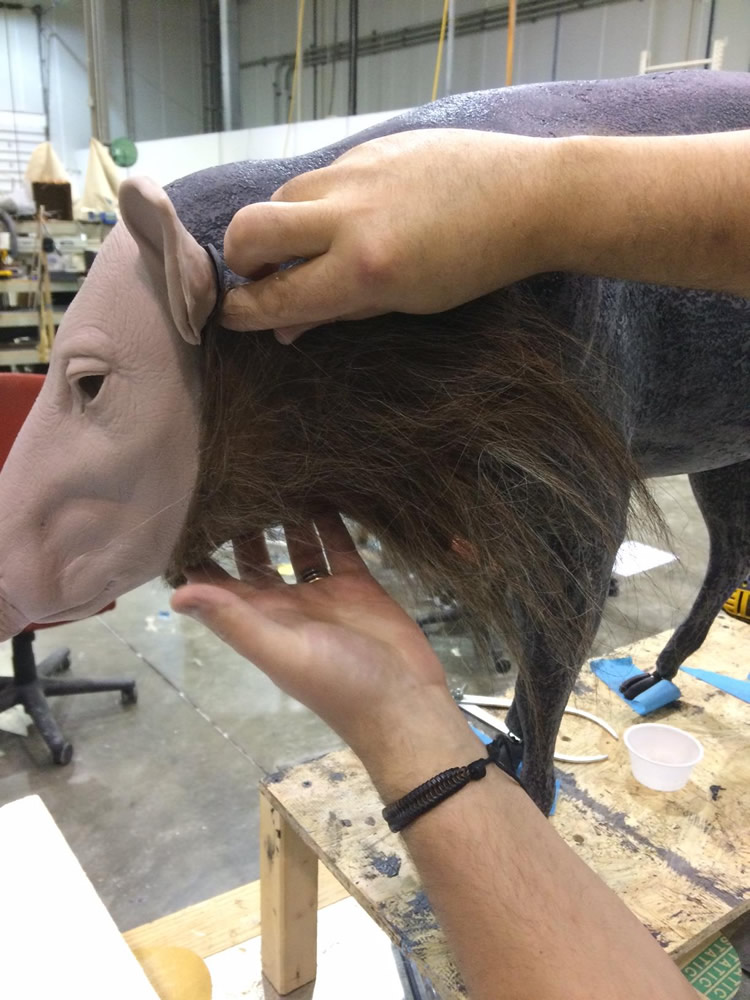