Some of the construction at the Ark Encounter will include a new technology in energy solutions. This technological innovation will reduce energy use by over 30 %. It uses materials that melt and thaw at desired temperatures, gaining, storing, and releasing energy in a thermophysical process.

Several weeks ago, it was demonstrated how Smart Thermal Mass works. As you can see from the pictures, there are two chambers in the demonstration model with the left side utilizing Smart Thermal Mass. Notice the thermometer on the left reads 73.7°F because the Smart Thermal Mass has absorbed the heat before it could penetrate to the bottom layer. The other side without the extra layer registers 89.6°F several minutes after the lights have been switched off—a less effective way to regulate the heat. 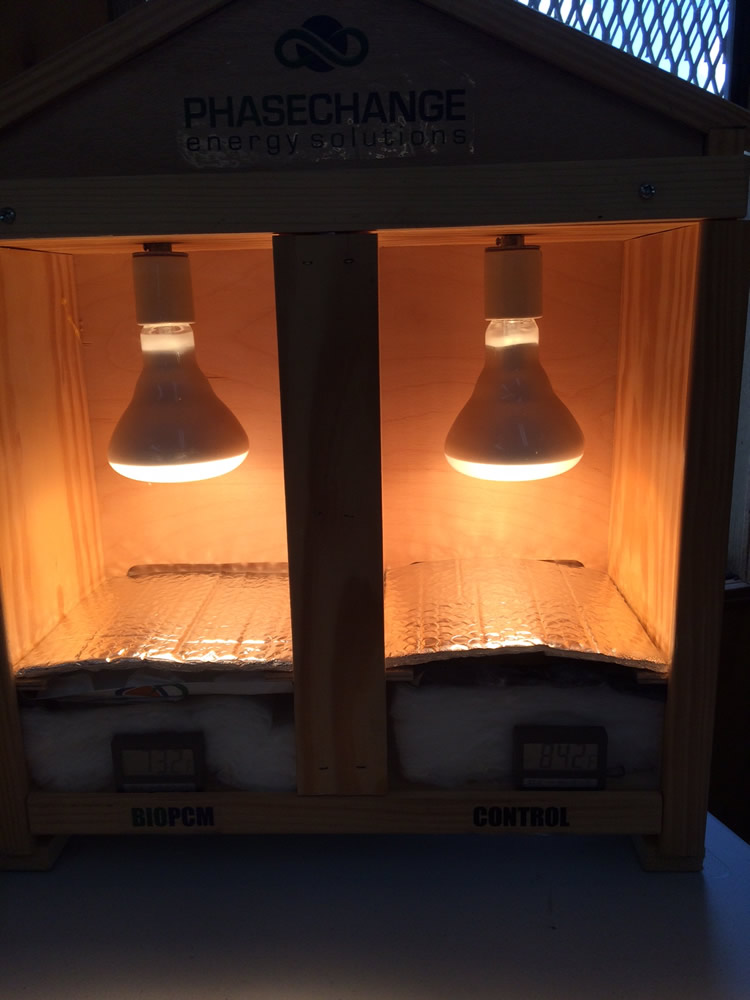 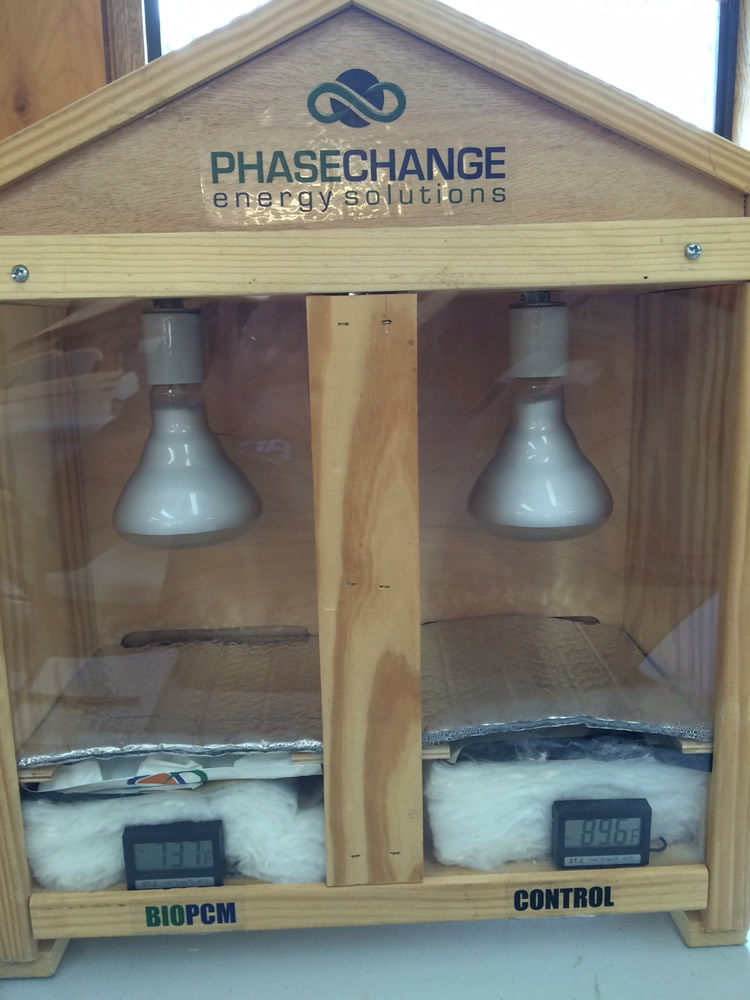 The substance inside the Smart Thermal Mass packages is solid, but as it absorbs the heat, it melts and becomes a liquid. That’s why the temperature on the left was so much cooler. Later, as the substance in the Smart Thermal Mass packages slowly releases the absorbed heat, it will convert back into a solid. This slow release of heat will help the HVAC system maintain an optimal comfort level for our guests. 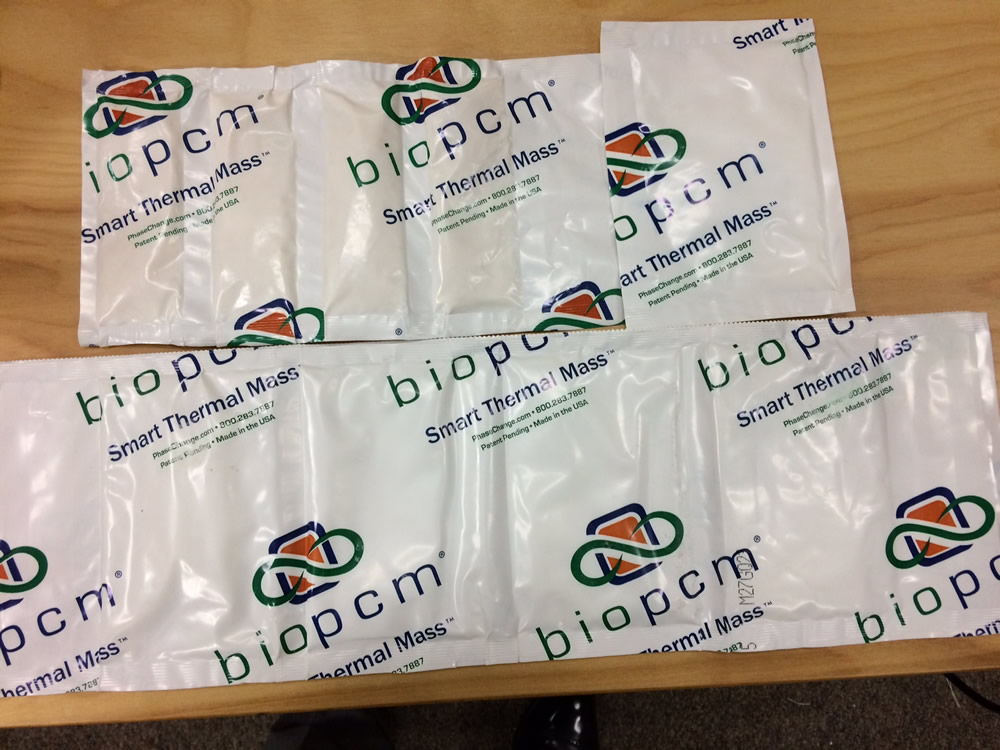