Portraying Noah at the Ark Encounter

Now, think about all the image portrayals you’ve seen of Noah on board the Ark. Is there a difference? Well, we don’t think there should be. It’s common to imagine Noah as an old, white-haired, frail man, but at the Ark Encounter, we’re going to challenge the traditional image. 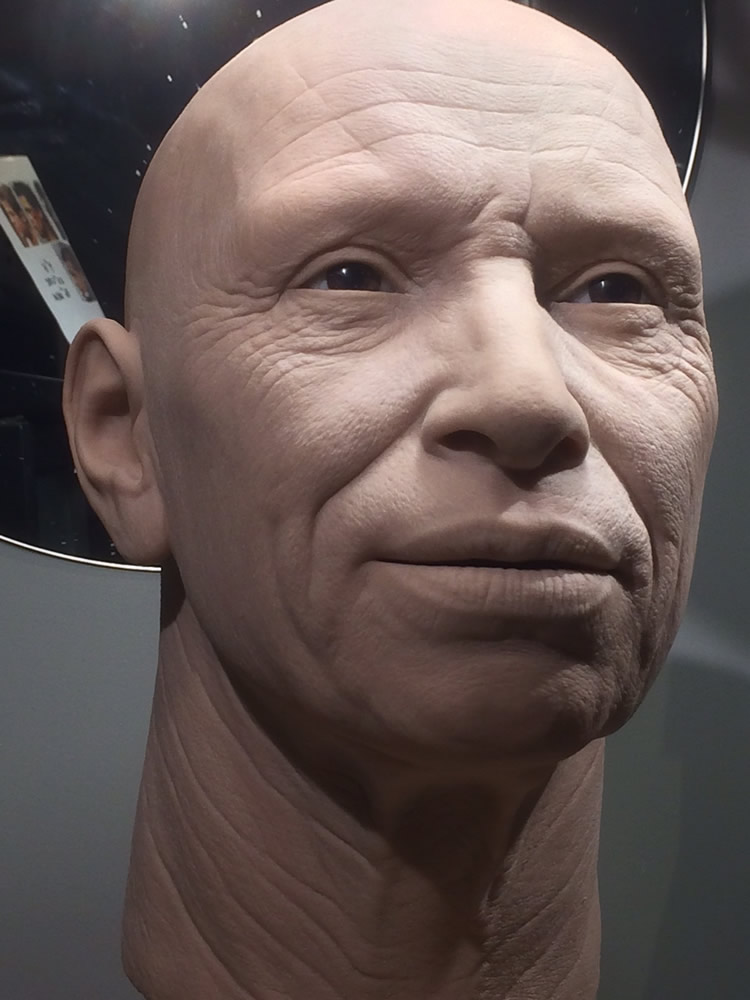 Noah will appear three times total at the Ark Encounter, once per deck, including one time as an animatronic who likes to answer questions. The photo above is the first look at the animatronic Noah’s face. He’s just had the final touches for molding. His neck looks odd because it has to fit into the body like a puppet, which will allow the head to turn and nod. He was sculpted with a “pocket mouth” so his mouth will open and close. His eyes will look left and right, and blink. Of course, he still needs some hair and plenty of other enhancements before he’s ready for his debut on the Ark when it opens on July 7, 2016, but we think he already looks kind, youthful, and strong.

We know that Noah boarded the Ark and the Flood began when he was 600, but the man still had about 350 years of his life to go. We think Noah should look like he just built an Ark, not like he is ready to die. Most likely, Noah was a strong man physically, and perhaps he even had a long-standing career as shipwright before God called on him to build the Ark. People often think Noah and the pre-Flood ancient people were unintelligent, but nowhere does Scripture indicate that. In fact, think of how much knowledge Noah could have acquired by the time he was 600 years old. We also know that Noah was a godly man.

Noah was a just man, perfect in his generations. Noah walked with God. (Genesis 6:9)

The Bible doesn’t give us every fact and description we need to portray the people and settings on the Ark Encounter exactly as they were over 4,300 years ago during the time of the Flood. So, the researchers, writers, designers, and artists have used artistic license to carefully create some historical fiction that is consistent with Scripture. After poring over the biblical texts, researching the post-Flood civilizations, and applying thought and wisdom to the accounts in Scripture, they’ve come up with an incredible experience for you and your family to enjoy at the Ark Encounter.