What do you think Noah’s pre-Flood language looked like written down? Did it have an alphabet? Was it pictorial?

Some people believe that Noah and the pre-Flood people used Hebrew, but that’s highly debatable. Even if they did use Hebrew, the script would not have looked the same as modern Hebrew. We haven’t found any written records from before the Flood (or any human artifacts, for that matter), and we have no real idea what language everyone used from the time of Creation to the Tower of Babel. But, as the researchers, designers, and artists work on the interior of the Ark Encounter, they get to make an educated hypothesis.

Any text you’ll see written on the Ark and in the exhibits (except the visitor signs and guides, of course) will be written in what the team calls “Noah’s language.” It’s a completely made up language and alphabet that looks like what we imagine Noah’s language could have looked like written down. It’s a font that’s written right to left like Hebrew or Arabic, but it contains 26 letters and 10 numerals like English. This is so that a researcher can write out what the text would say in English and a designer can “translate” it to Noah’s language when they complete the artwork. 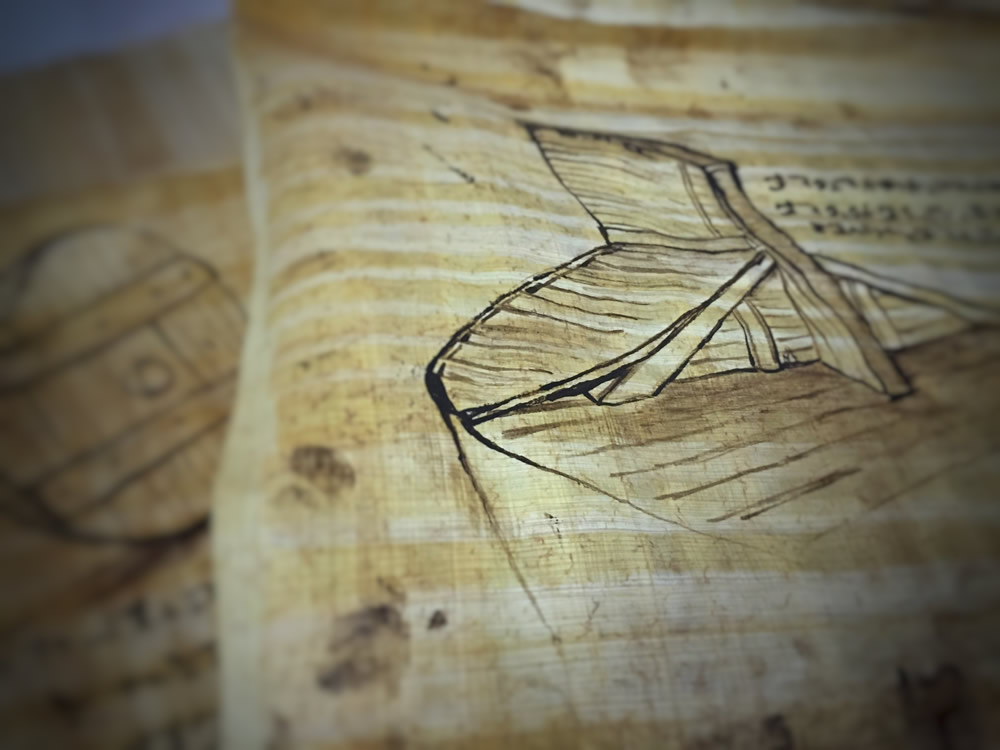 Of course, we do know that after Babel many of the early languages were pictorial. Even early Hebrew seems to have used symbol-like script. But we created Noah’s language for the Ark Encounter so there would be a 1-to-1 letter correspondence to English, which makes it easier for guests who may want to translate it into English to see what Noah and his family may have written down. We realize the written language in Noah’s time almost certainly wouldn’t have been exactly like what we’ve created. The main purpose of the creative quirks—like Noah’s language—that you’ll see on board the Ark is to encourage people to expand their thinking of the Biblical account of Noah’s Ark and the Flood.

See if you can spot Noah’s language in the exhibits when you visit the Ark after it opens on July 7, 2016.