One of the many impressive features at the Ark Encounter is the wood used both inside and out. Over the past several months, we have received many questions concerning the building material choices for the Ark. Here are the answers to the three most commonly asked questions. 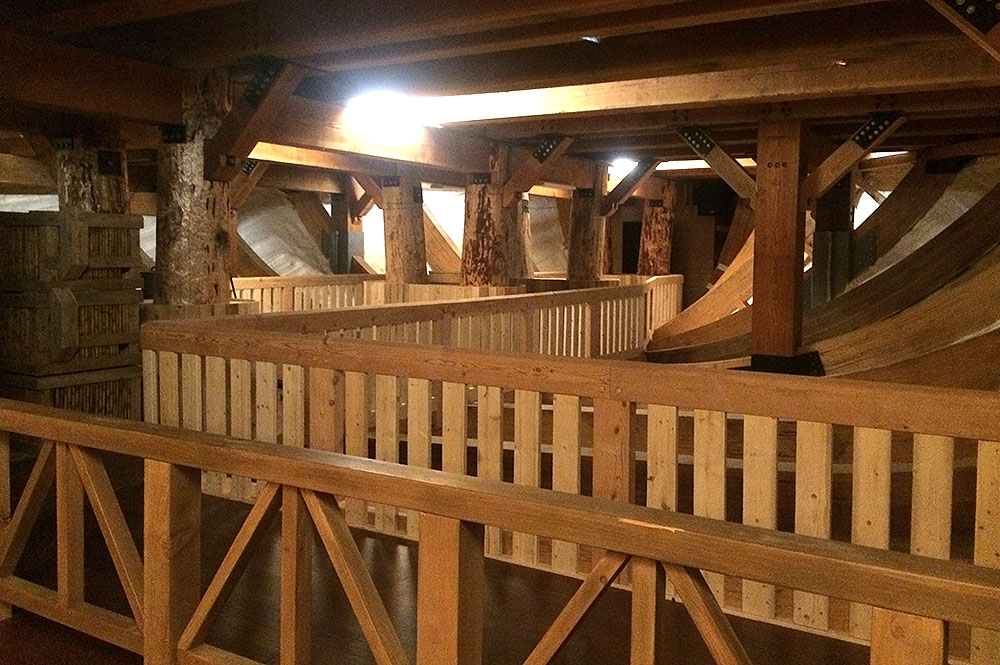 What Type of Wood Was Used?

Many people have asked about the type of wood used for the Ark Encounter—specifically the shiplap (the horizontal planking of the pine boards) on the outside of the Ark and the massive columns inside. These two features came from separate types of wood.

The shiplap we used is called Accoya®, which is a trademarked name that refers to the process by which it is made. The wood itself is radiata pine grown in New Zealand before being shipped to the Netherlands to undergo an acetylation process. This process treats soft wood with an acetic anhydride to make it weather and pest resistant, and it is considered a more environmentally friendly method than other options. 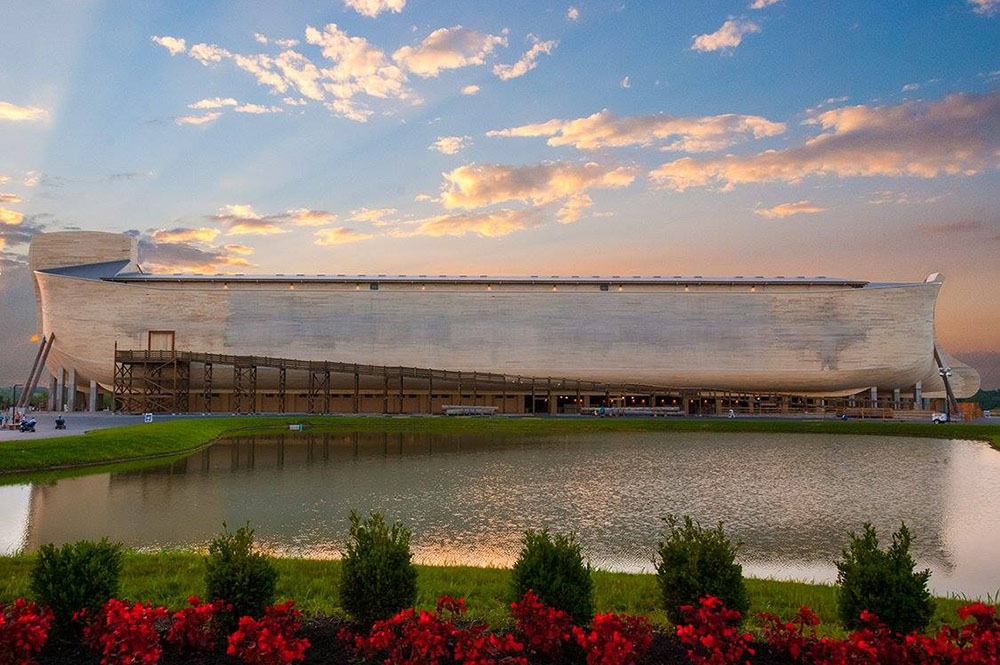 From there, it was shipped to High Point, North Carolina, to be milled to our specifications before it arrived in Williamstown for installation. Accoya® was chosen since it comes with a 50-year ground contact guarantee against insects and rot, and because it is very low maintenance, it does not require continual upkeep.

The massive vertical columns, or “lodge poles,” are from standing dead Englemann spruce trees, which were over 200 years old. They came from a forest in Utah managed by the forestry service where dead trees, before they begin to rot, are harvested and repurposed. 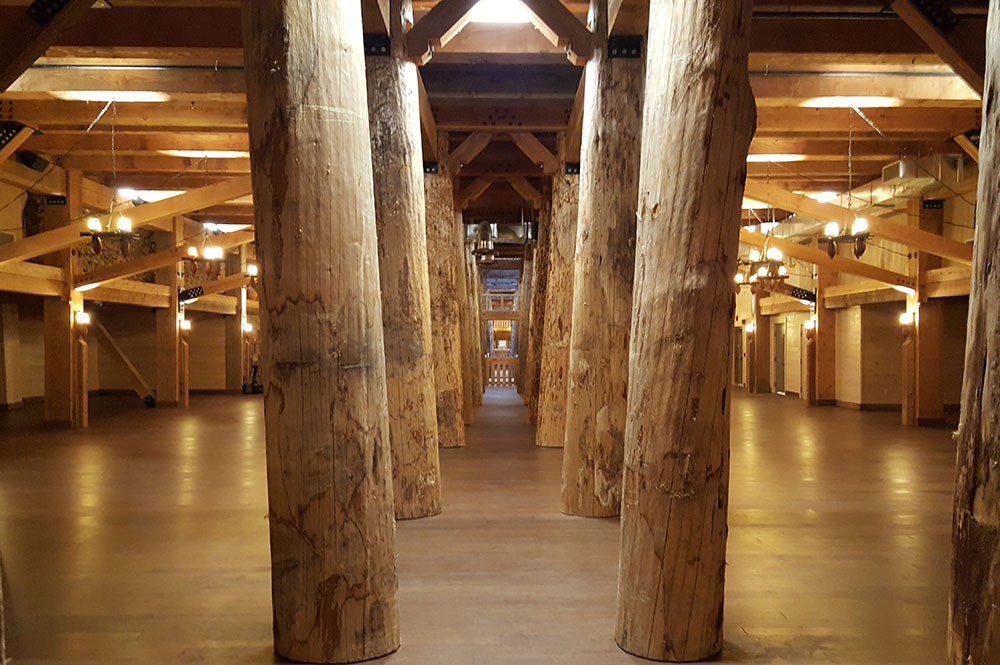 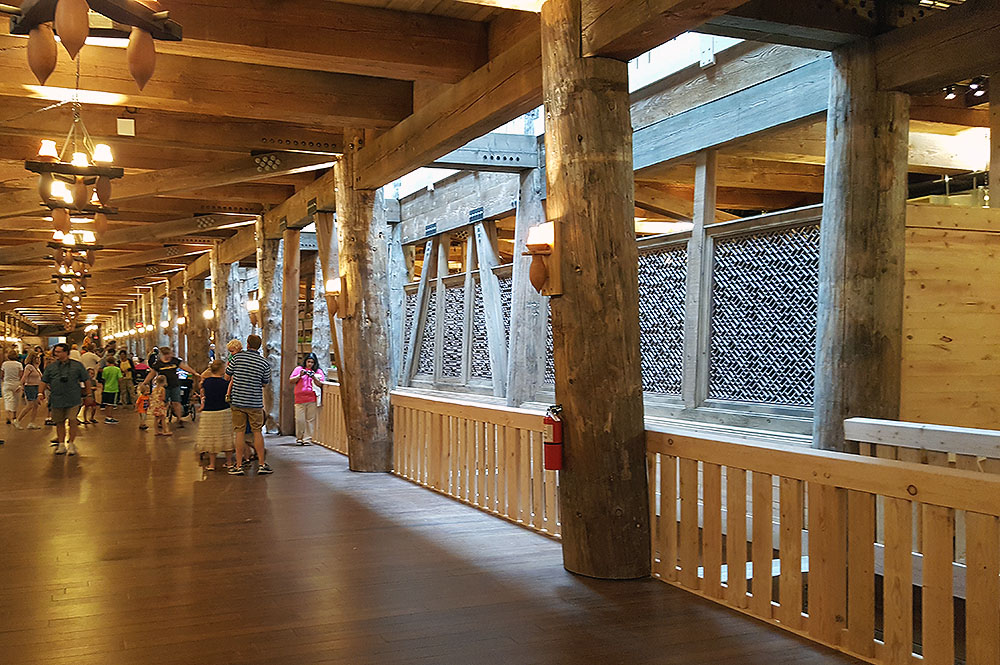 Why Is the Outside of the Ark Discolored?

The variation in the color of the Accoya® wood is the result of the different times that each section was installed. Eventually, the Ark will be a uniformed, light silvery gray color. Areas that are exposed to the weather elements and sunlight will change faster than the rest. 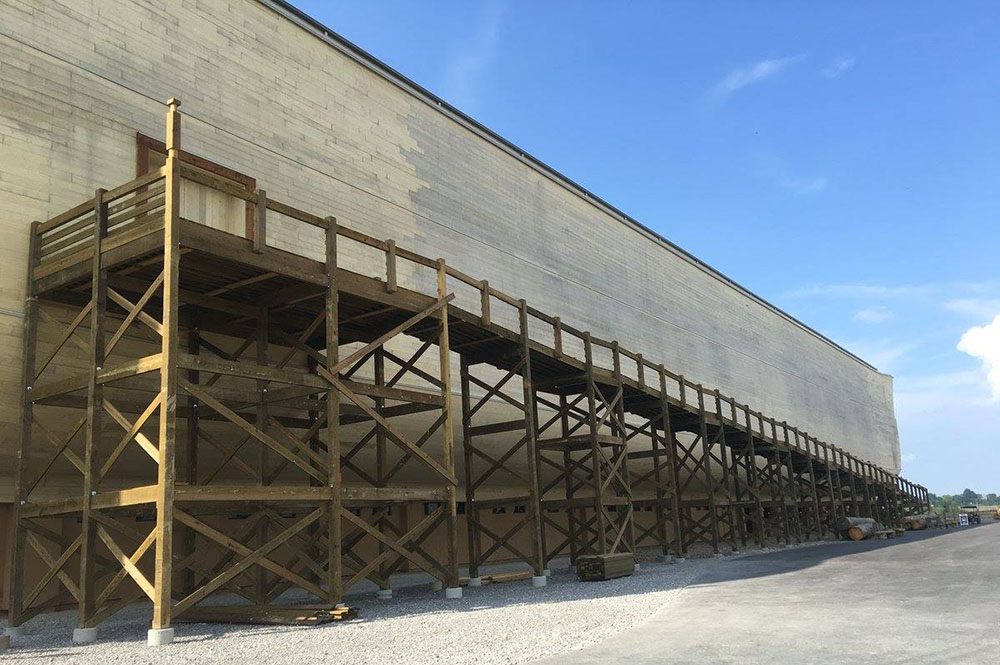 The main reason our designers chose to go with the natural weathering of the Accoya® as opposed to staining the entire structure was the associated costs. Along with the initial cost of having to use 450 gallons of stain to cover the Ark, it would also require maintenance every four to six years to keep a consistent look. With the Accoya® wood, however, it will naturally weather to a very pleasant color and will require almost no upkeep.

Genesis 6:14 reads, “Cover [the Ark] inside and outside with pitch,” so a question we have received a lot concerns the lack of pitch at the Ark Encounter. While we do not know which type of pitch Noah used, it made the Ark waterproof. Since our Ark was not made to float—and pitch is very messy— our designers decided not to use it. 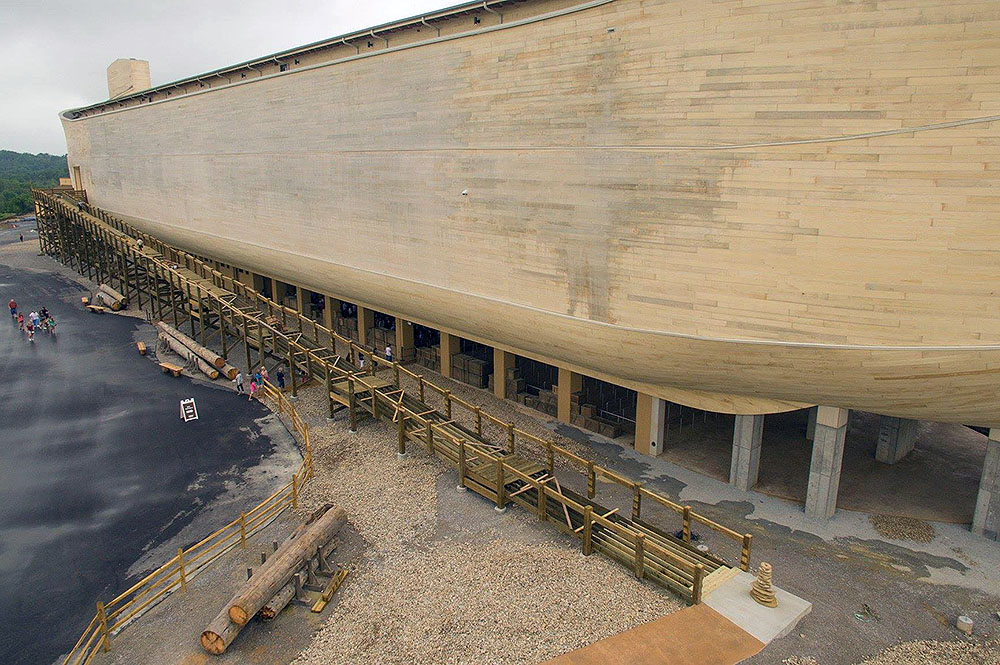 We do, however, have a giant pitch pot that you can see as you prepare to enter the Ark. Located right off the queue line ramp, you can catch a glimpse of the giant pot and accessories Noah might have needed to coat the Ark in pitch as God commanded him to do.

Plan your visit now to see the beautiful craftsmanship of the world’s largest timber-framed structure. Prepare to be amazed by the wood, which is an exhibit in itself, as you walk in and around the life-size Noah’s Ark.

Previous Article Why Work at the Ark Encounter? Next Article Relax and Eat at Emzara’s Kitchen