Making of an Ark Encounter Diorama

As you walk through the three decks of the Ark Encounter, you will come across several dioramas depicting scenes such as the half ark model, pre-Flood world, Tower of Babel, and Lost Squadron. With the level of detail paid to each character, animal, and structure, you may find yourself wondering how our designers brought these scenes to life. Here are seven steps our design team went through to create our dioramas.

Since the only information we have about the pre-Flood world comes from Scripture, our designers researched societies from the first few centuries after the Flood to see what artistic styles, clothing, religious practices, and technologies they had. The designers then used that information to imagine what the world before the Flood could have been like. This gave the design team lots of freedom to breathe life into a world that no one has seen in thousands of years. 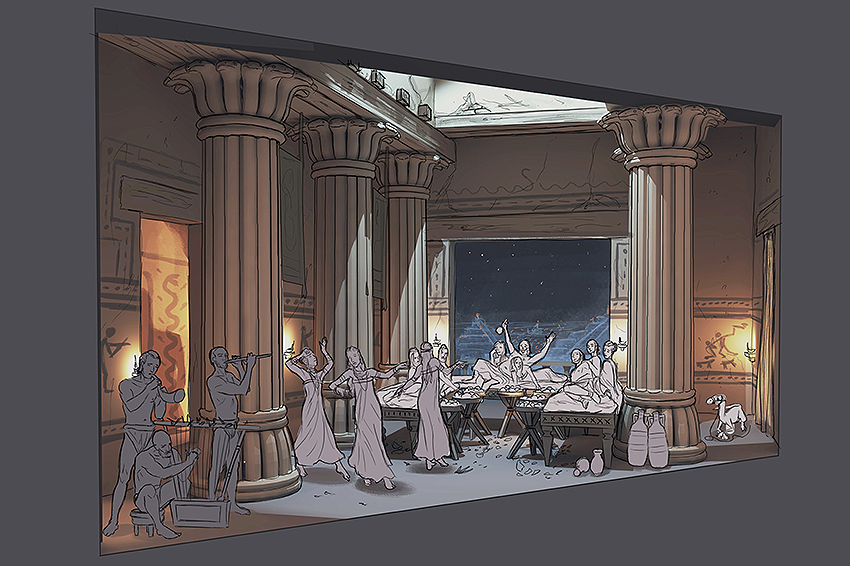 Some of the dioramas such as the Tower of Babel and the Lost Squadron dioramas needed heavier attention to historical detail. Since Babel is set in a period where we can look at early human archaeology after the Flood, the design team had to be very careful to show it as accurately as possible. The Lost Squadron diorama was a unique challenge in that the team was recreating a modern event based on great photo references. 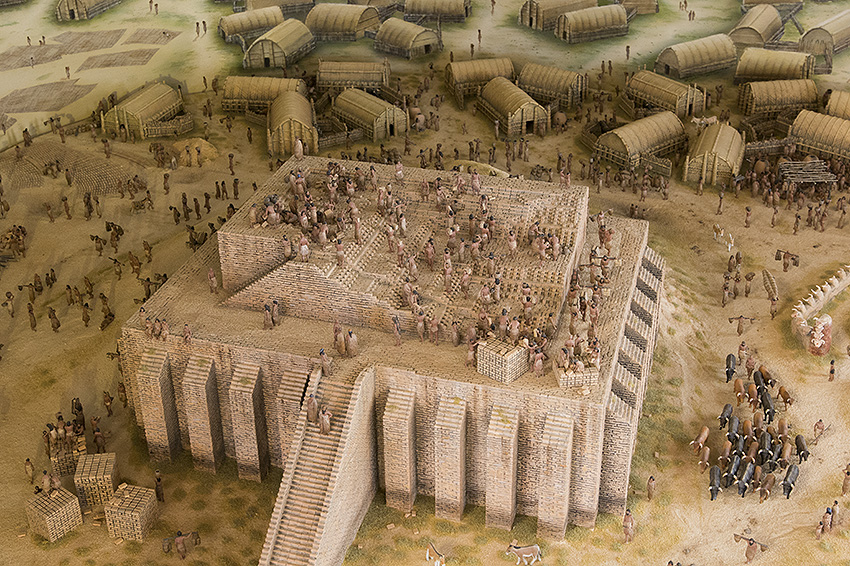 When the designs of the pre-Flood dioramas were in place, it was time to bring them to life. To cut sculpting to a fraction of the time that it would take to sculpt by hand, the artists used various means to scan people in costume, one of which was a rented 72-camera, 3-D scanning rig. Several staff members took turns serving as models.

The information gathered from the 3-D scanner allowed our artists to see how characters held their bodies, carried their weight, and so on for very natural poses. They even brought in fans to give some poses a wind effect for an added level of detail.

Watch the video that describes this step more in depth.

The images taken from the camera were sent to computer software that was able to read each camera angle and appropriately stitch the photos together to create a 3-D model for our artists to use. The digital sculpting allowed our design team to quickly create unique characters with very high detail. 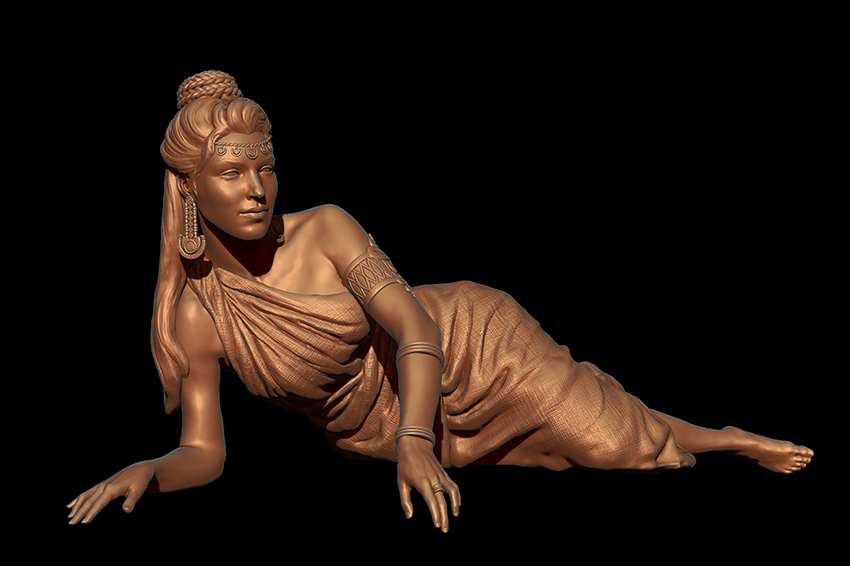 Possessing many years of experience in drawing and sculpting human anatomy, our artists reshaped and resculpted different areas of each model for a higher level of detail. Using software, they were able to change facial features, brush up rough edges, fill in small voids missed by the cameras, and add accessories, such as helmets, swords, and sandals.

Once the designers completed their sculptures, the exhibit pieces were sent to our 3-D printers. These machines made the vision of the dioramas possible since they drastically cut down labor time and allowed us to increase the quality of each figure. A sculpture that could have taken several weeks to create by hand might have only taken several days using digital sculpting and the 3-D printer.

Watch the 3-D printer in action while our artists were preparing the diorama pieces for the Ark Encounter.

After the pieces came out of the 3-D printer, they needed to be cleaned up since they were either coated with a wax-like support material throughout the printing process or were printed with dozens of plastic support rods. Our design team had to remove the unnecessary material before each piece could move to the next step in the process. 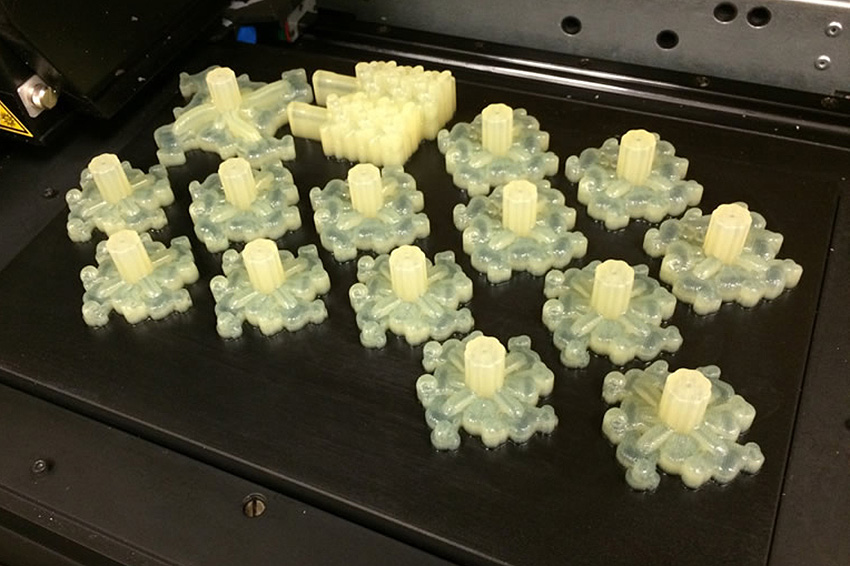 Once the diorama pieces were cleaned up, our design team hand painted each figure. Each character has its own look and unique design characteristics to really bring the dioramas to life. As they painted, our artists had to be sure to add textures and other features to give each building and animal a life-like quality. 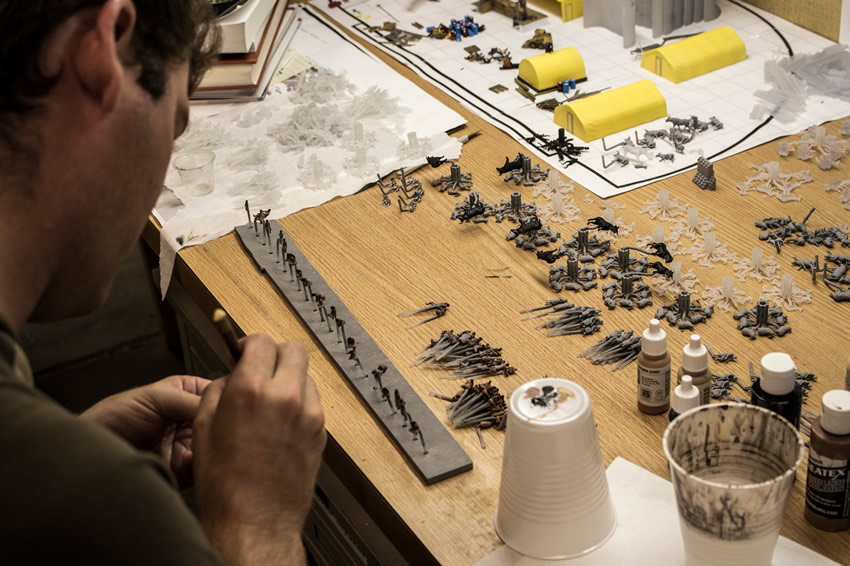 Can you image the time that went into painting the Tower of Babel characters? With over 1,000 people, and over 300 animals, each one is just 1.155% of their normal size. So a six-foot-tall man is only 0.83 inches tall in this diorama!

Putting the Pieces Together

The final step in making the Ark Encounter dioramas was putting all of the pieces together and bringing them to life with lighting. Lighting is often an unnoticed detail unless it’s done poorly. While the designers figured out some of the details during installation, their vision for the lighting was conceived in the early stages of design. Once the lighting was in place, they installed each diorama in the Ark for you to learn from and enjoy. 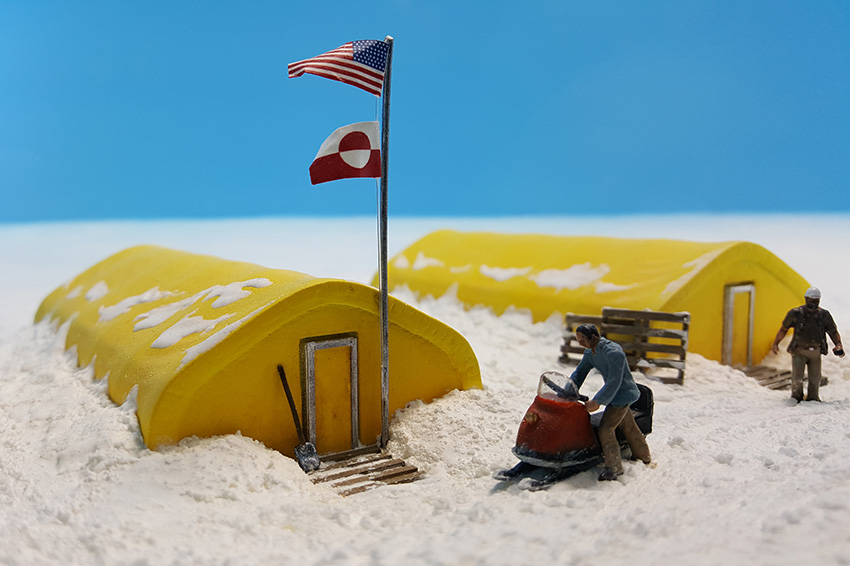