How Can You Learn More About Noah?

Have you ever wondered what life was like for Noah before God called him to build the Ark (Genesis 6:13–14)? Well, when you visit the Ark Encounter, you have the opportunity to explore this question as you walk through the second deck of the Ark. Learn more about Noah's background in the “Who Was Noah?” exhibit and through a new resource that dives deeper into his backstory.

The “Who Was Noah?” exhibit on the second deck of the Ark Encounter explains how Noah could have acquired the skills needed to accomplish such a feat as building the Ark. Our content team decided to portray Noah as a man who learned to work with wood and build ships from an early age so that when God told him to build the Ark he would be qualified to complete the task. 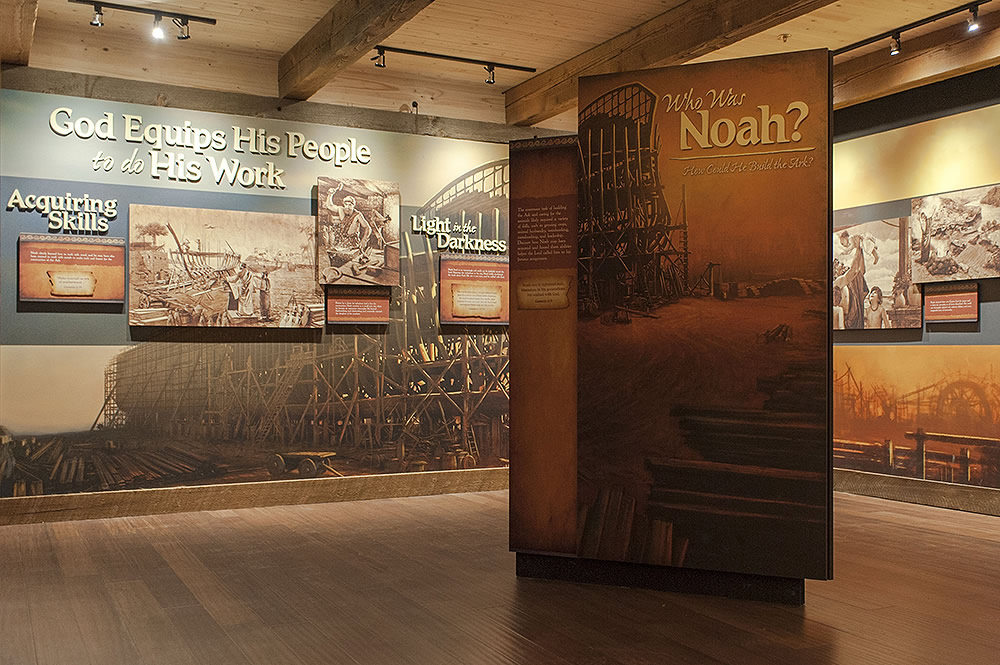 The Ark Encounter team wanted to bring Noah’s experience to life by explaining how the Lord might have prepared Noah for such an important mission. They took great care to separate the backstory from Scripture and to not contradict anything in the Bible. 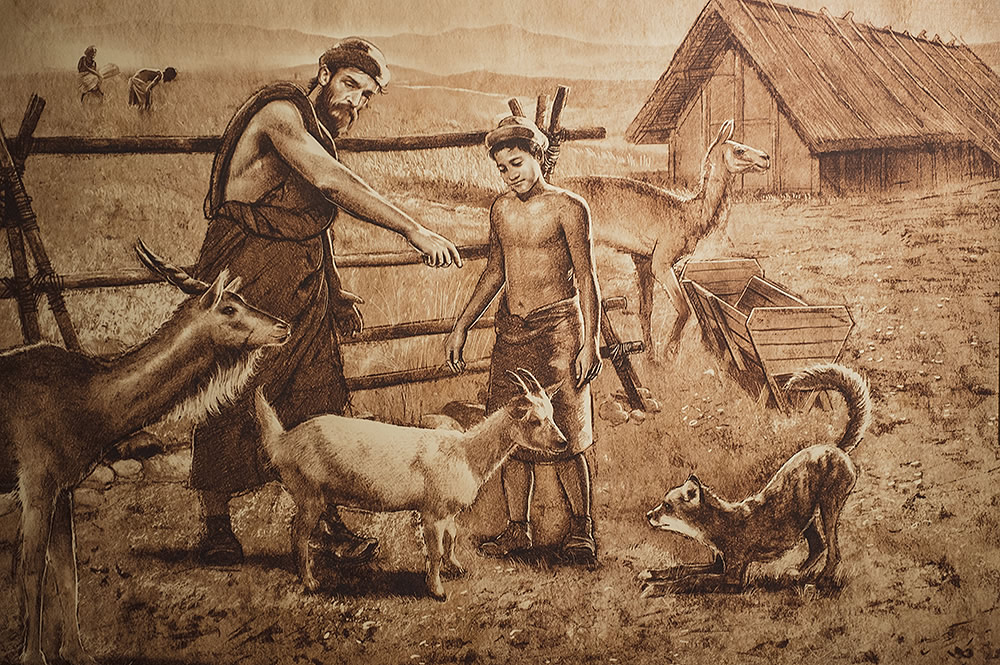 To learn more about how our content team used artistic license and made their decisions, see our blog “Does the Bible Really Say...?”

Read All About It

Looking for more information on this topic? Answers in Genesis’ Tim Chaffey and K. Marie Adams recently released a new novel, Noah: Man of Destiny, which expands upon the details from the Early Years section of the “Who Was Noah?” exhibit. 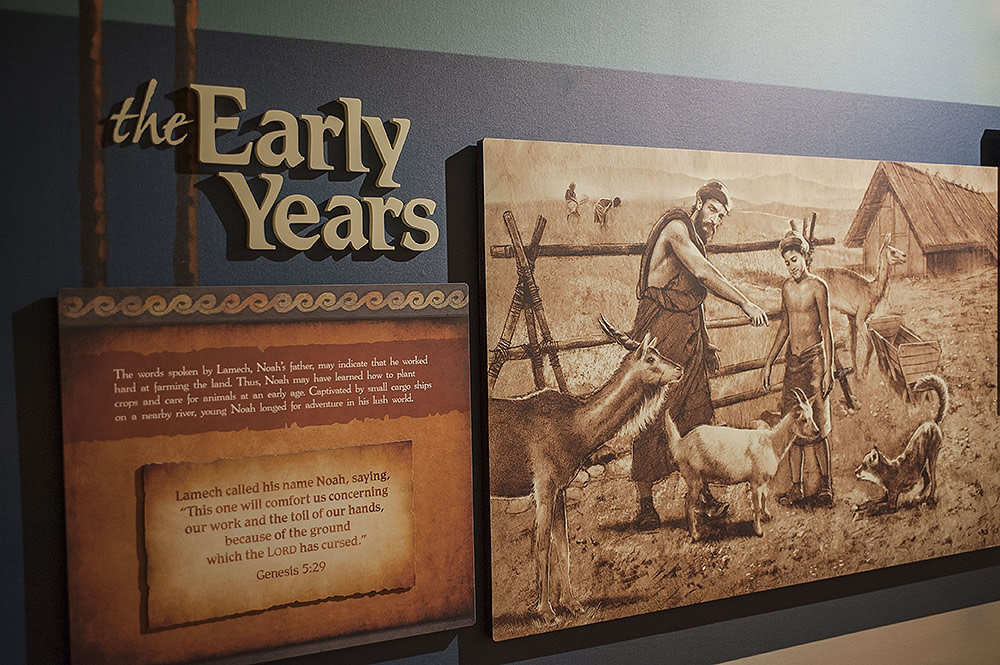 This novel is a coming-of-age story about a young Noah setting out on his own and the adventures he faces. You will see the early character-building events which shape him into the man who was willing to build the Ark and stand for righteousness in the midst of an extremely wicked world. Noah: Man of Destiny is the first book in The Remnant Trilogy, and it sets the stage for the Ark Encounter. 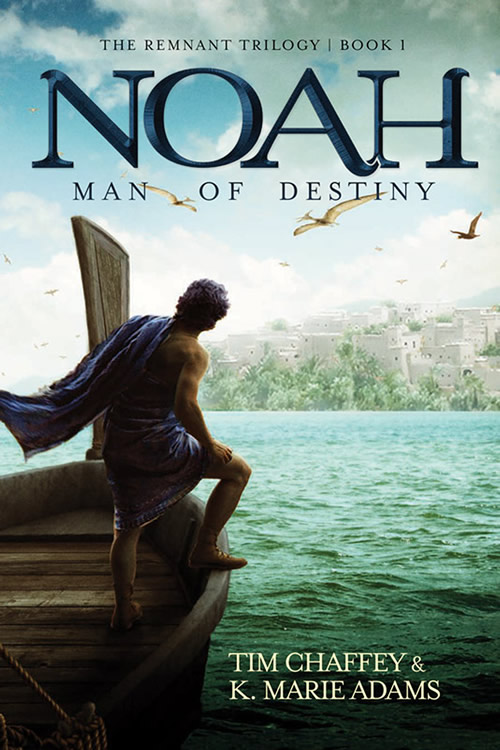 Noah: Man of Destiny came about from the work that Tim Chaffey, content manager of AiG’s Attractions Division, did while developing the backstory for the Ark Encounter exhibits about Noah and his family. To make the experience more personal for visitors, the authors wanted to provide a consistent message about who Noah was, what he was like, and what sort of background he might have had. Many of the answers our animatronic Noah gives on the second deck of the Ark and many things you see and read about during your visit are part of the backstory they wrote. 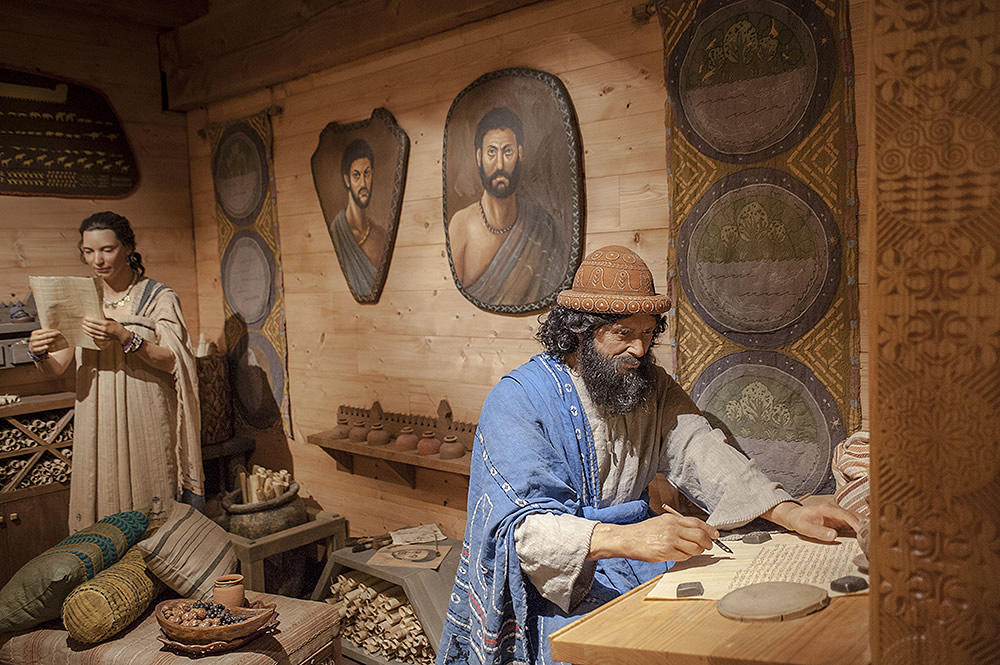 They wanted to use fiction to teach nonfiction. By helping people learn how to discern between biblical truth and the extra-biblical ideas that are often associated with Noah, they wanted to challenge readers to take a closer look at Scripture instead of relying on traditional portrayals of the biblical accounts. 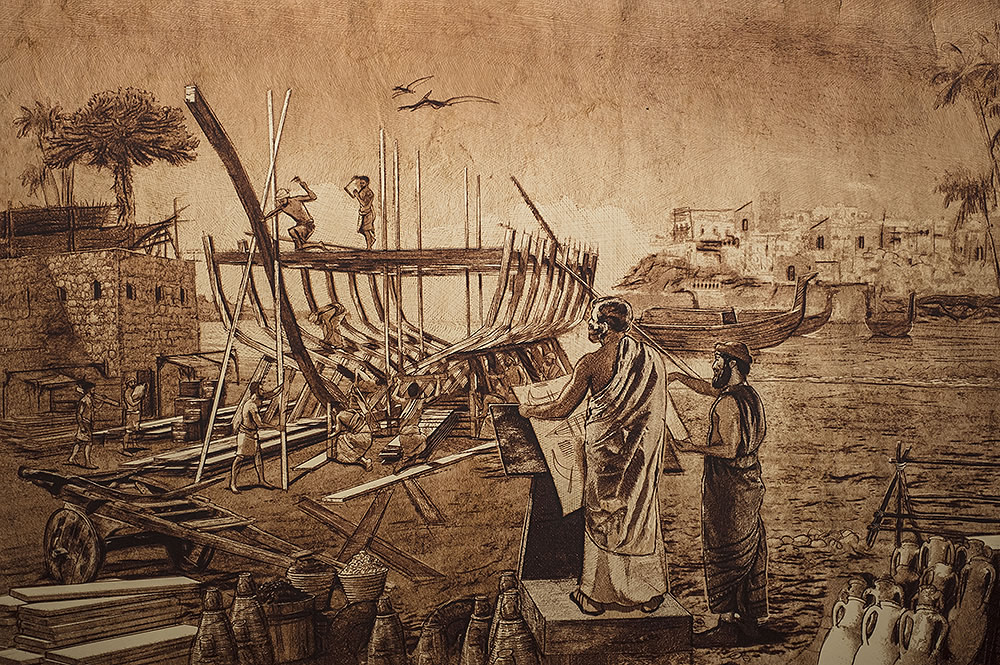 In the back of the novel, there are 40 pages of nonfiction that explain historical concepts and discuss Genesis-related issues and concerns that arise in this fictionalized treatment of Noah’s life. 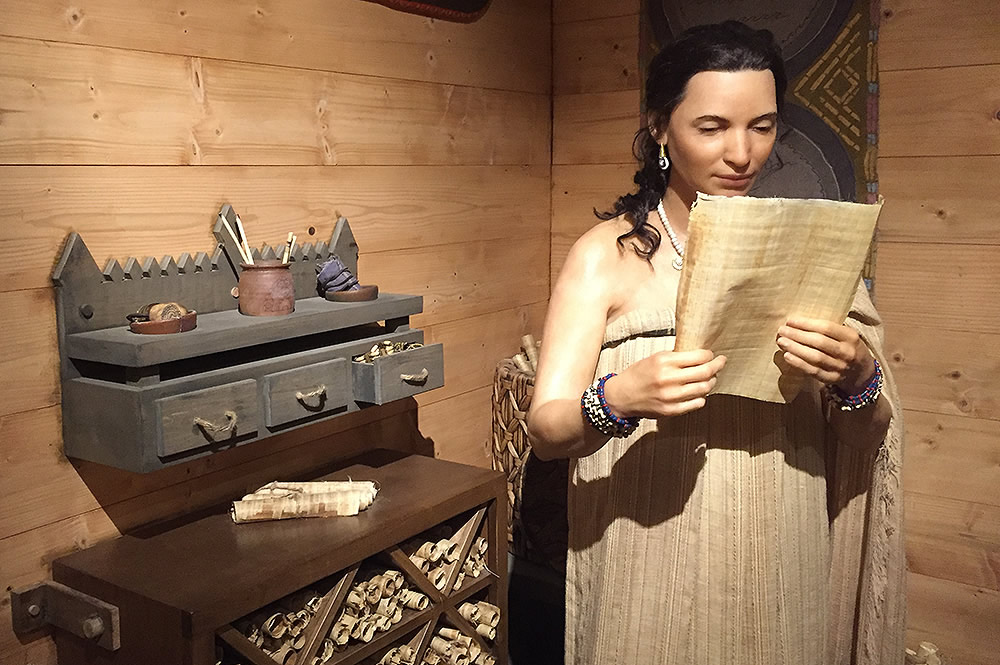 To learn more about Noah: Man of Destiny and the exhibits at the Ark Encounter, watch our social media team’s interview below with the authors.

When you visit the Ark Encounter book store, purchase a copy of the novel to add to your personal library. Or you can prepare for a future trip to the Ark by purchasing one through the online store of our parent ministry, Answers in Genesis.