The Importance of the Ice Age Today

On deck three of the Ark Encounter, you’ll find a state-of-the-art exhibit on the Ice Age, a period of several hundred years that occurred shortly after the global Flood of Noah’s day. During this time, global temperatures cooled, and glaciers covered one-third of the earth’s surface. 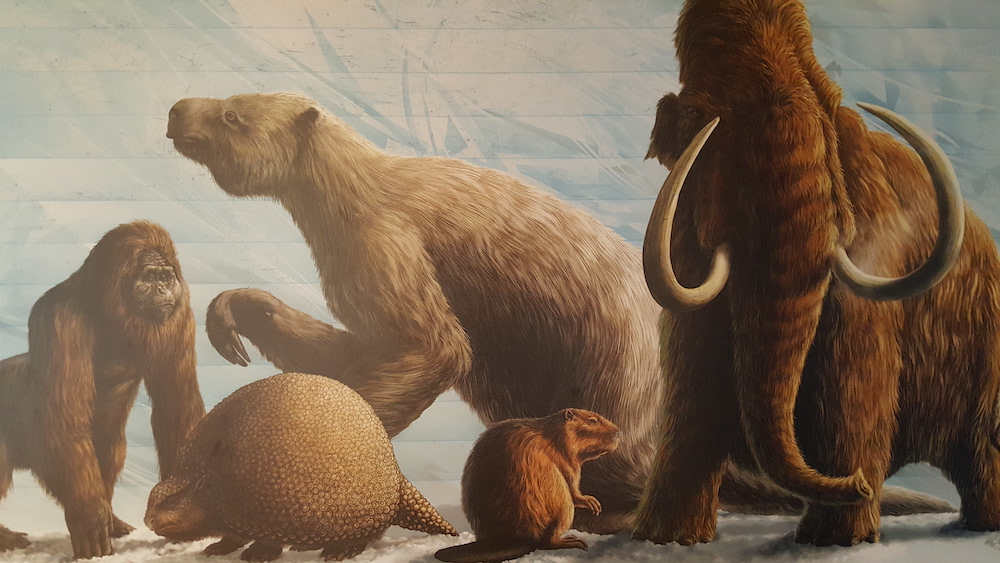 In a secular worldview, many people believe in several ice ages. Our culture today is inundated with buzzwords like “climate change” and “global warming,” which is why it is so important to know about this time from a biblical worldview. Check out some of the things you’ll discover in our Ice Age exhibit.

Was There an Ice Age? 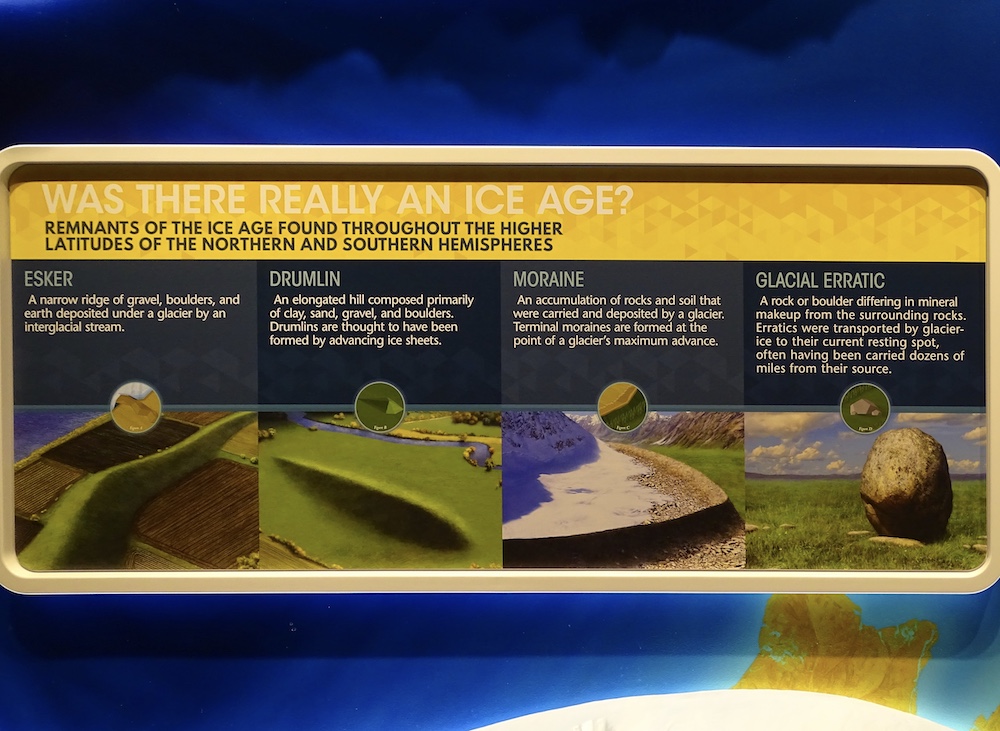 Remnants of the Ice Age have been found throughout the higher latitudes of the northern and southern hemispheres. These remnants demonstrate that the Ice Age truly occurred, and the evidence we find is consistent with the model that it resulted from the Flood that covered the entire world.

One Ice Age or Many?

A leading secular model says that there were at least four ice ages that came with their own periods of glaciers advancing and retreating. However, a biblical worldview understands the evidence to show that there could have only been one Ice Age that resulted from the global Flood. The conditions after the Flood led to major environmental changes that caused the Ice Age. Greatly increased ocean temperatures combined with cooler continental temperatures set the stage for the Ice Age’s onset. 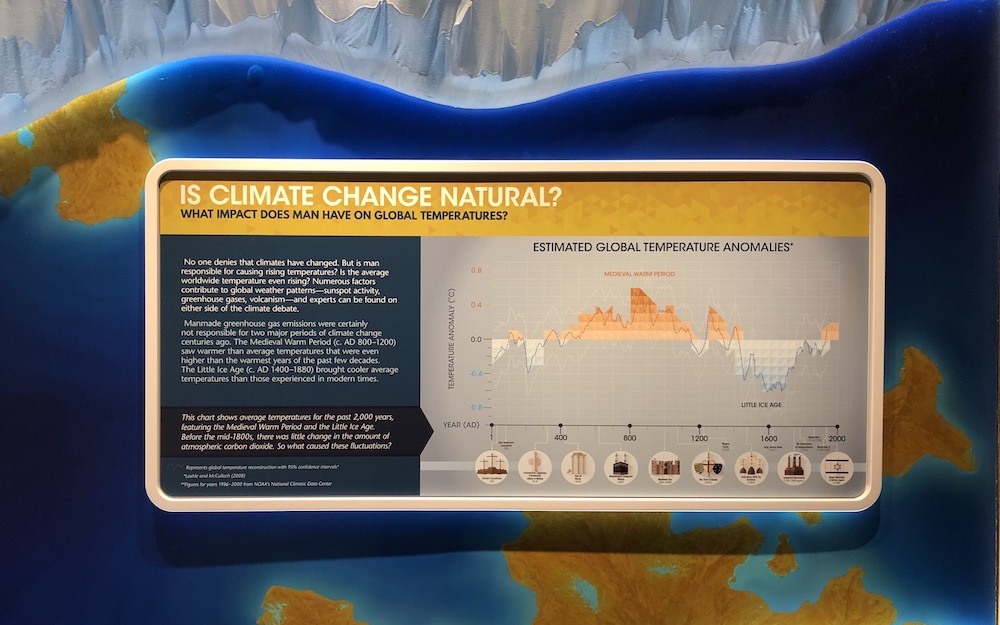 Our culture today would say that man is to blame for the obvious changes in climate around the world. But the Medieval Warm Period (c. AD 800-1200) saw warmer temperatures, and the Little Ice Age (c. AD 1400-1880) saw colder temperatures. What sparked these major fluctuations prior to the Industrial Revolution? 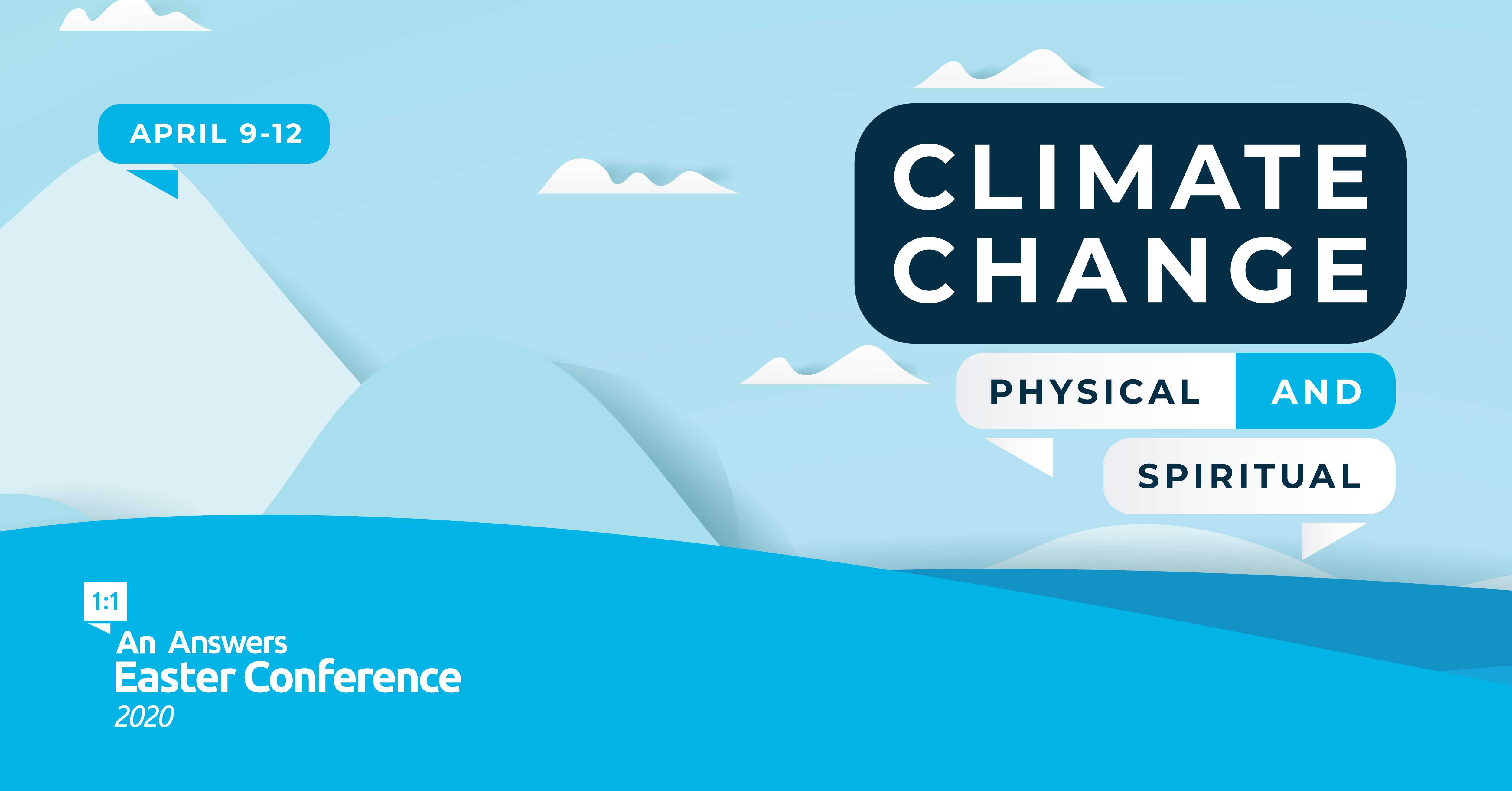 Clearly, the Ice Age carries relevance today as climate change has become a hot-button issue in politics and education. It is imperative, therefore, that Christians become equipped with answers to the rising anxiety about climate change that is flourishing in our culture.

That is why this year’s Easter conference, taking place April 9–12, 2020, is focusing on Climate Change: Physical and Spiritual. Environmental climates change, but there’s no reason for the climate despair paralyzing the younger generations or the alarmism of the media and many scientists. Learn from Ken Ham, Ray Comfort, Dr. Cal Beisner, and other experts at our Easter conference taking place at the Answers Center at the Ark Encounter.

Register before February 29 to receive a conference travel mug and a meal voucher to the award-winning Emzara’s Buffet. You do not want to miss this one-of-a-kind conference.