The Ark Encounter: A Muse-ment Park

News reporters and critics have often referred to the Ark Encounter as an amusement park. But it will in fact be a theme park based on the biblical account of Noah’s Ark and the Flood found in the early chapters of Genesis. In additional phases it will also include the Tower of Babel, a walled city, a first-century village, a petting zoo, wildlife shows, and much more. One of the goals of this park is to show the world the trustworthiness of the Bible. 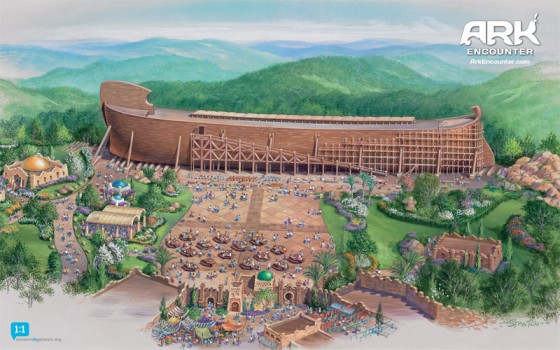 Instead of being an amusement park, the Ark Encounter is actually designed to be a muse-ment park. The word muse means to think deeply about something. We want attendees to think deeply about what they will witness while at the park. There will certainly be some entertaining aspects to the park and visitors should enjoy their time, but we want to teach and challenge our guests with the authority of Scripture.

By contrast, the word amuse originally had the connotation of not thinking deeply about something or that one’s attention was diverted. The purpose of an amusement park is to entertain so the attendee does not have to think deeply about important issues. So to call the Ark Encounter an amusement park is to completely misrepresent the purpose of the place.

While many of the reporters have probably made this mistake innocently, some critics who are vehemently opposed to its construction have deliberately misled their audiences. Undoubtedly these same folks will continue to launch their attacks and mock the biblical account of the Flood and the Ark, but this is what we can expect from a world that loves darkness rather than light.

We hope the opening of this muse-ment park will engage the hearts and minds of all who visit and cause them to think deeply (muse) about one of the central messages of the Ark and the Flood: God’s grace and mercy in the midst of much-deserved judgment.

For information on how you can help us construct this incredible muse-ment park, please visit our donation page.

Previous Article Visualizing the Size of the Ark Next Article Genuine Ark, Part 1: How Can Your Ark Be a Replica?