The Ark Encounter is a huge project, and we’re not speaking only of its physical dimensions. The scope of its impact will undoubtedly be massive as well.

Media outlets flocked to the Creation Museum as it neared completion and at its opening approximately seven years ago. We anticipate that media attention on the Ark Encounter will greatly surpass the focus received by the museum, and it has already begun.

Here is a photo of our president and CEO, Ken Ham, being interviewed by a film crew about the Ark Encounter on the morning of May 21. 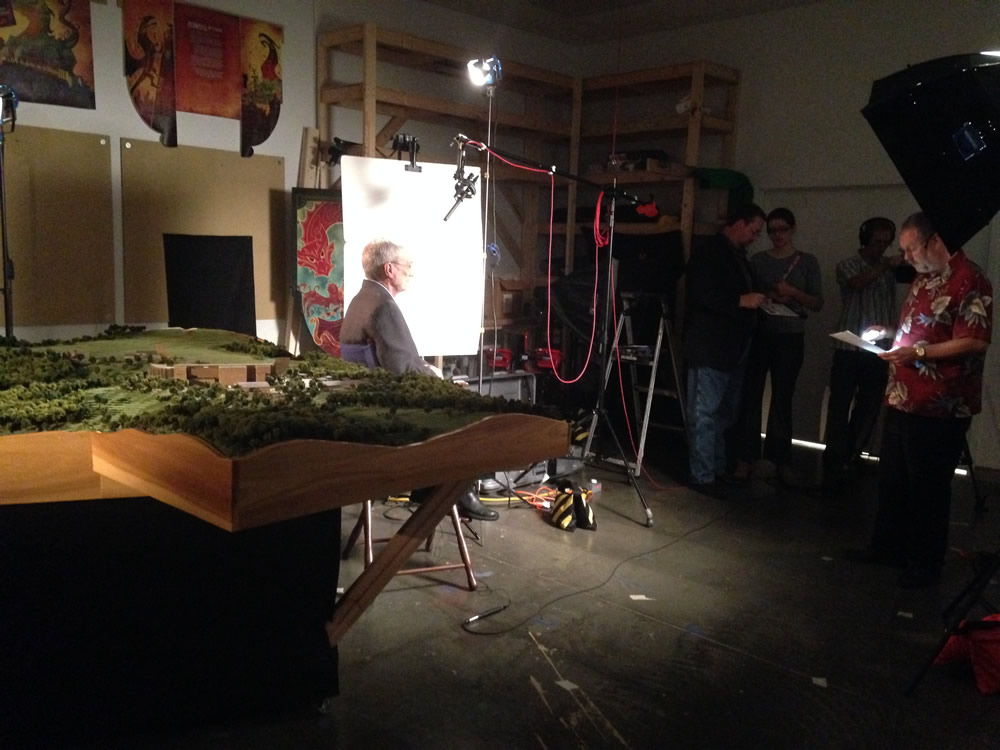 In the foreground is our detailed topographical model of the first phase of the Ark Encounter. In the background, Creation Museum visitors may recognize some of the mock-ups of the Dragon Legends exhibit, which launched a year ago.