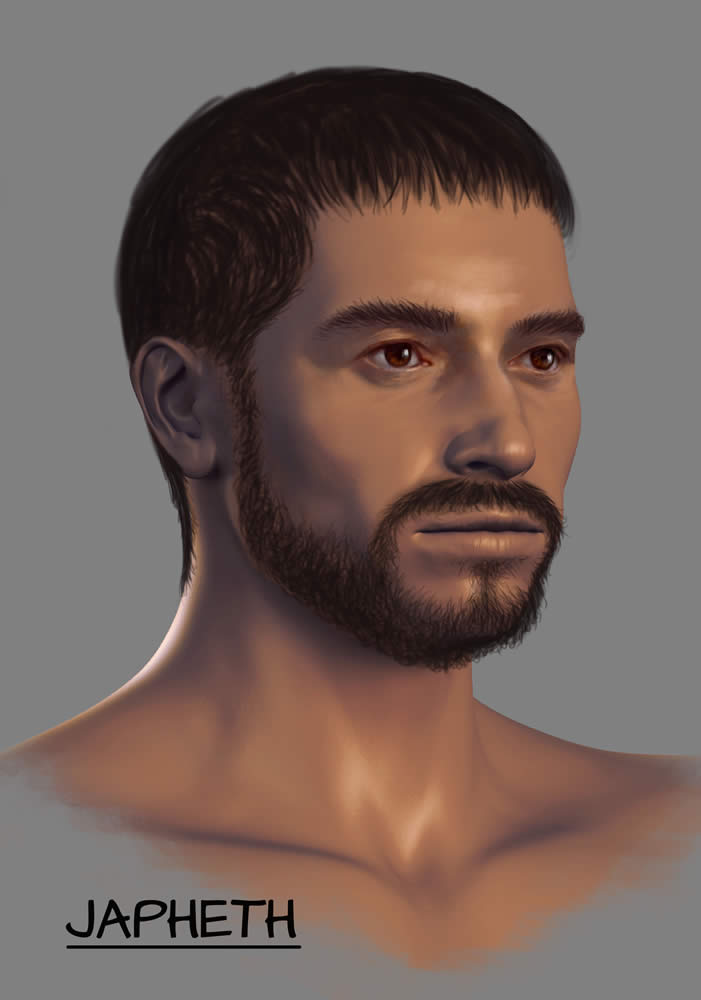 While there is some disagreement on this point, Japheth was probably the oldest of the brothers. Since Noah was 500 when his first son was born (Genesis 5:32), his oldest son would have been 100 years old at the time of the Flood.

Genesis 10:21 is often cited to say that Japheth was the oldest of his brothers. But some translations call Shem “the older brother of Japheth” (Genesis 10:21, NASB) due to the construction of the Hebrew words and the fact that he was listed first in Genesis 5:32. Since there is some question about this wording, we need to see if Scripture provides any other clues to help us make this determination.

The genealogical information about Shem indicates that he was born when Noah was 502 or 503 (Genesis 11:10–11); thus, Japheth would have been born when Noah was 500. There are some unknowns here and plausible explanations can be made for both cases. Either way, since they are so close in age and they lived so long, we won’t really be able to tell which one is older by looking at them.

At 100 years old, Japheth should look like he is in his prime. Many of Japheth’s descendants settled in Europe, so we can give him a slightly lighter skin shade than his brothers. He could still have dark hair and eyes, since we are portraying his mother and father with these traits.

He may also have been a little taller than his brothers, since some northern European groups are taller than average. We could make him slightly taller than Noah, maybe an inch or so—with three boys, there’s a good possibility that one of Noah’s sons would have surpassed him in stature, particularly if his wife was of at least average height.