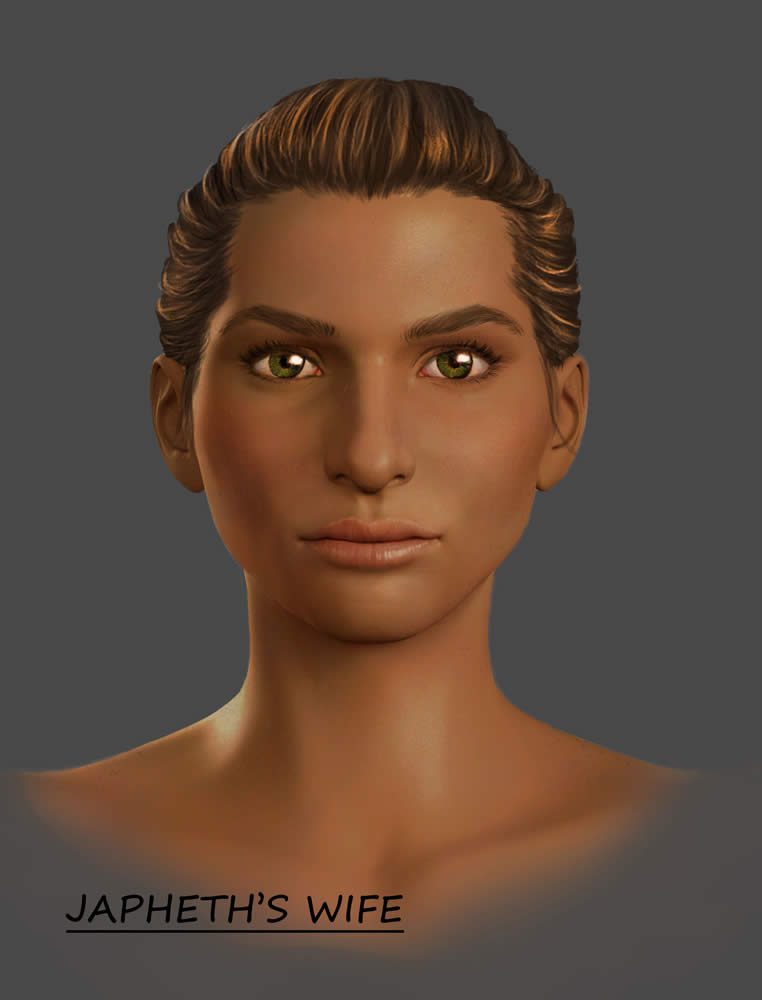 Shem, Ham, and Japheth were no more than 100 years old by the time of the Flood. Their wives were likely about the same age as they were, so Noah’s daughters-in-law, like his sons, should look like they are in their 20s.

Since many of Japheth’s descendants settled in Europe, we need someone to display some of the typical European traits. Japheth’s wife can have lighter hair than the others on board. Everyone else will have brown eyes, but we can give her green eyes to show the origin of green eyes and blue eyes in our world today.