In this series of blog posts, we want to give you a glimpse into the thought process behind how we’ll portray the people on board the Ark. Recently, we gave a sneak peek of some of the concepts for Noah, so this series will focus on the other seven passengers. As explained in the introductory article, we want you to see the rationale behind the decisions we’re making for this one-of-a-kind attraction. 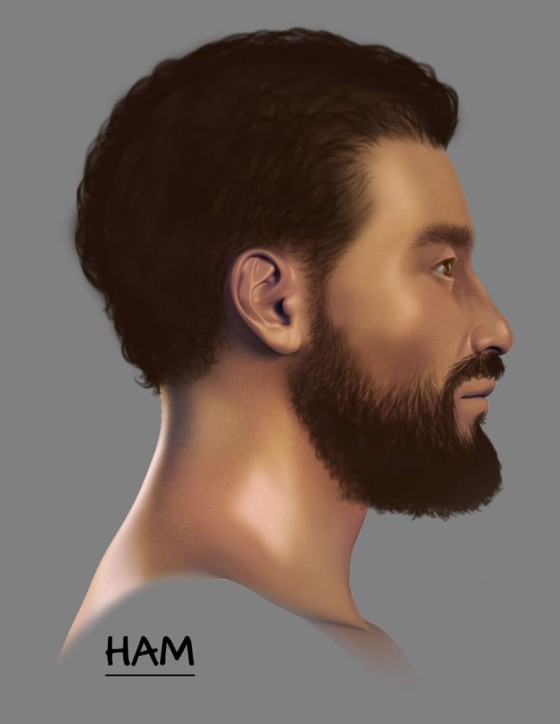 Ham is the youngest of the boys, but we will not make him the darkest. The unbiblical and so-called “curse of Ham,” which was actually the curse on Canaan, has led some people to believe that he was given darker characteristics. There is no support for this in Scripture. That curse had nothing to do with skin tone. Since we want to avoid this unbiblical and racist stereotype, and since Japheth will be shown as the lightest, we can put Ham’s skin shade somewhere in the middle of the other brothers.

While some of Ham’s descendants in Scripture settled in Africa where darker skin is more prevalent, many others did not. Ham can still have dark brown hair and brown eyes like his mother and father, but he should be a little shorter than Noah.

There are hints that Ham and some of his close descendants were more powerful or sought to be more powerful than their relatives. As such, we can show Ham as a little more muscular or stockier than his brothers.