In this series of blog posts, we want to give you a glimpse into the thought process behind how we’ll portray the people on board the Ark. Recently, we gave a sneak peek of some of the concepts for Noah, so this series will focus on the other seven passengers. As explained in the introductory article, we want you to see the rationale behind the decisions we’re making for this one-of-a-kind attraction.

Ham’s wife may have been the darkest of anyone on the Ark. This would fit with the idea that many of their descendants settled in Africa. However, it seems like most of Ham’s descendants actually fall into the middle brown category—Mizraim (Egypt), Put (Libya), and Canaan (Canaan) were probably middle brown based on images of the early peoples that settled these lands. Only Cush (Ethiopia) seems to have been pretty dark. 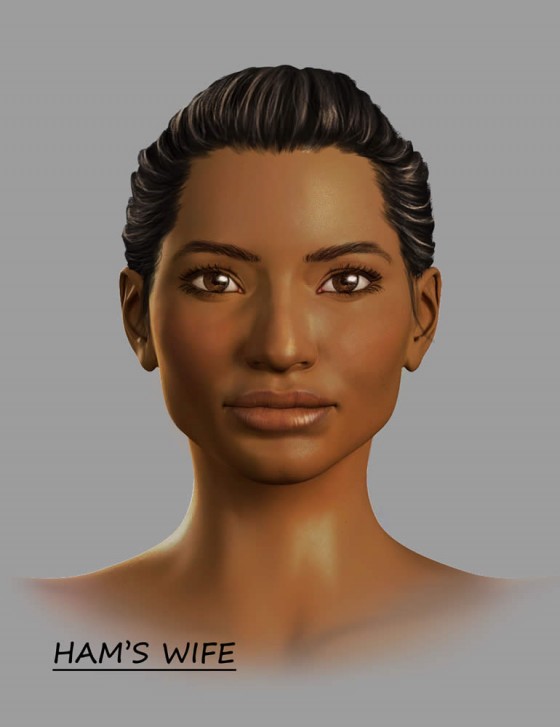 Since she will be the darkest, she will also have dark hair and eyes. There’s also the possibility that some of Ham’s descendants spread to East and Southeast Asia, so his wife could display some of the facial features and skin tones that are common to people in this region.