Has the Ark Been Found? Site Four: Ararat Anomaly

In this series on the search for Noah’s Ark we have already examined three of the popular locations of reported sightings and found them to be problematic. This post will look at another spot that has caught the eye of Ark researchers. It is known as the Ararat Anomaly.

In 1949, photographs of the northwest side of Mount Ararat were taken by a United States intelligence agency. A large structure can be seen jutting out of the ice and snow near the middle of the photograph below. 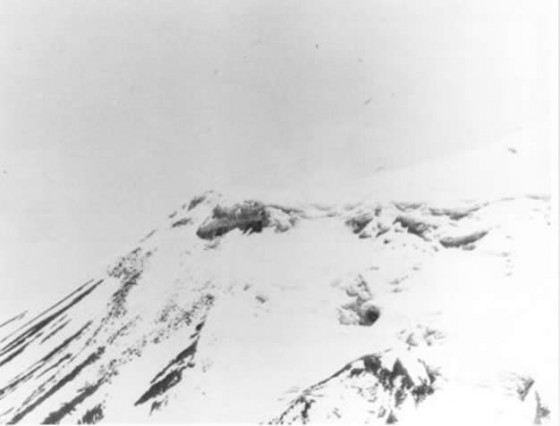 This object has captured the imagination of Ark hunters because it does resemble a portion of a large ship. Of course, this “anomaly” may simply be a rock outcropping with just the right amount of ice and snow melted away to give the illusion of a boat-shaped object.

A satellite image taken in 2003 has breathed new life into the popularity of the Ararat Anomaly. Presumably taken of the same spot on the mountain, this overhead shot shows an elongated structure that appears to have similar dimensions to Noah’s Ark (circled in red below). 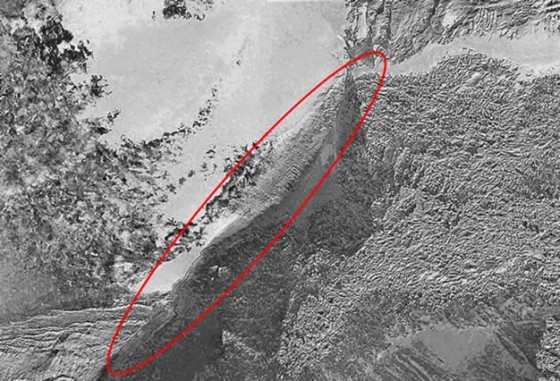 Satellite image of Ararat Anomaly, taken by DigitalGlobe’s QuickBird Satellite in 2003 and now made public for the first time. Image courtesy of DigitalGlobe.

As far as I know, no expedition has explored the site of the Ararat Anomaly, but it would certainly be a stretch to conclude that these pictures are definitive proof of the Ark’s remains on Mount Ararat. The object in the images may be nothing more than a natural rock formation. Perhaps that’s why Ark searchers have not been inclined to explore this anomaly.

Furthermore, as mentioned in the previous post in this series, finding the Ark on Mount Ararat is highly unlikely.

"This dormant volcano last erupted in 1840, and many much larger eruptions occurred during the post-Flood Ice Age. How would a wooden structure survive being buried by molten lava? Besides, Mt Ararat likely emerged from the Flood waters far too late for it to have been the mountain on which the Ark ran aground on Day 150 of the Flood year."

Noah’s Ark may not be possible to find given the unlikelihood of a wooden structure surviving the elements for over four millennia. Nevertheless, the Ark Encounter will show the feasibility of this famous vessel, and we will use the biblical account of Noah, the Ark, and the Flood to share the gospel of Jesus Christ.

For more information on the Ark Encounter and how you can help us build this amazing project, please visit ArkEncounter.com.