In this series, we thought it might be fun to show you some extinct animal kinds—varieties that Noah interacted with that we do not. We’ve already covered five different mammal kinds, and now we present you with some reptile kinds. The first reptile in our series was the spinosaur kind. Next, let’s take a look at the silesaur kind. 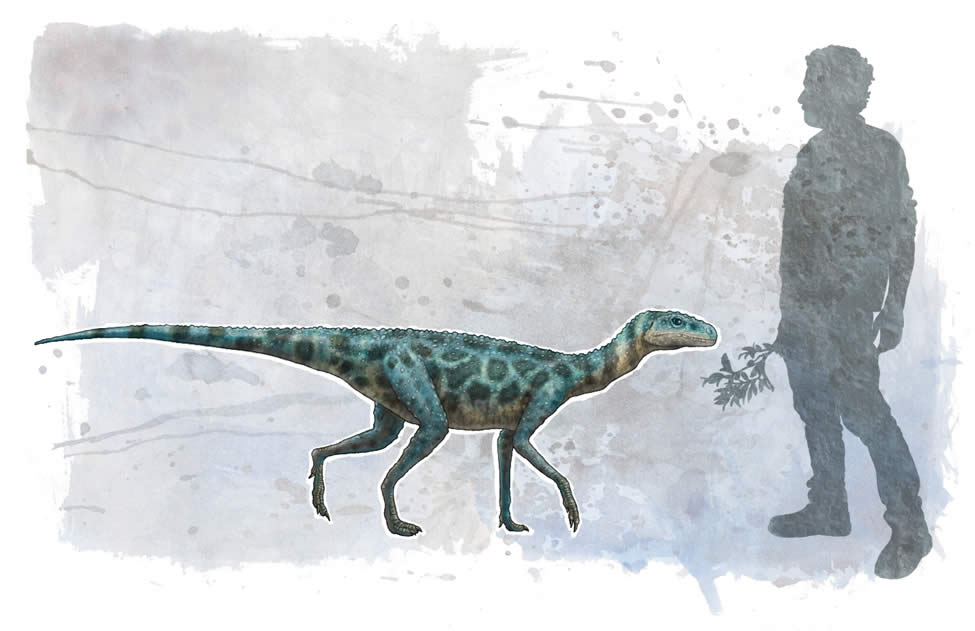 One of the larger silesaurs, Silesaurus opolensis, compared to a six-foot-tall (183 cm) human. Artwork by AiG research artist Joel Briggs.

In 2010, Silesauridae was officially recognized as a family of non-dinosaurian dinosauriforms—that is, animals that were very similar to dinosaurs but technically were not dinosaurs. Some researchers describe them as “proto-dinosaurs,” but such terminology implies that these animals were the evolutionary originators of true dinosaurs. Unlike true dinosaurs, silesaurs lacked certain bony projections on both their necks (epipophyses) and upper arm bones (a prominent deltopectoral crest), and their hip sockets (acetabula) were closed solid inside rather than having a hole in them (called a perforated acetabulum).

As with true dinosaurs, the remains of silesaurs are presently only known from Flood strata. Silesaur fossils have been found in Triassic sedimentary rock layers of North America, South America, Europe, and Africa.

Silesaurs were small to medium-sized dinosauriforms, with the largest specimens measuring up to 10 feet (3 m) in length and weighing around 66 pounds (30 kg). It is likely that silesaurs were facultative bipeds, meaning they normally moved around on four legs but could run on two legs if necessary. These animals were elegantly built and, in spite of their lightly muscled limbs, were probably swift on their feet. The teeth of silesaurs (aside from some questionable members, like Lewisuchus) were teardrop-shaped with moderately rounded tips and serrations on their front and rear edges. This tooth design is most typical of herbivores—plant-eaters. Silesaurs may have sported small, up-curved beaks on the tips of at least their lower jaws. There is also evidence that silesaurs exhibited minor sexual dimorphism—physical differences between males and females—as it appears that males were smaller than females. 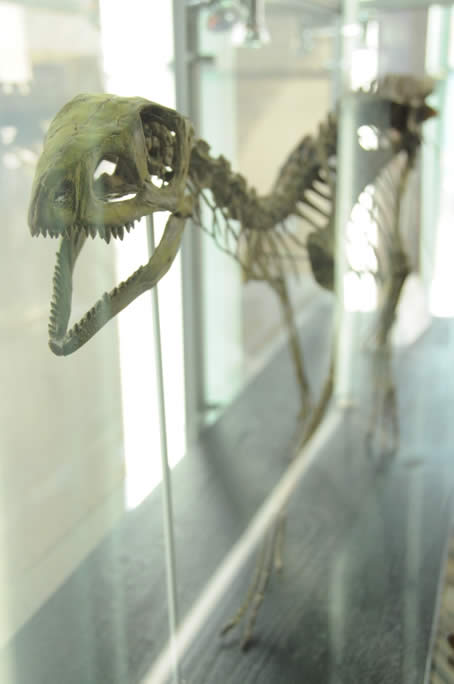 A mounted skeletal reconstruction of Silesaurus. Image courtesy of Wikipedia.

Silesaurs were interesting and unusual creatures. These four-legged dragon-like animals demonstrate the limitless creativity of the triune God!