The First Half Bent Is Up

It is hard to comprehend the complexity of the construction site like the Ark Encounter. Even a retired carpenter that is working the job site was not familiar with the word bent as we are using it in these blogs. So when we say a bent is going up, there is actually more going on than just raising a section of the timber frame. Technically speaking, on Monday, June 15, only half of a bent was put in place. It was a massive undertaking.

One would think that the other half bent would be placed on Tuesday morning. But that is not how it works. Half of Bent 18 was put up on Monday, and Tuesday was spent getting ready to brace it to half of Bent 19. So the next big lift is half of Bent 19, then they will come back and finish putting up Bent 18. There’s a picture in a previous blog that shows the numbered pillars that will receive a bent. Remember, we are starting in the middle and working toward both ends. By starting with Bents 18 and 19, we can allow the masons to continue constructing the center tower, which you can see to the left in the first photo. Come see the Ark being constructed! 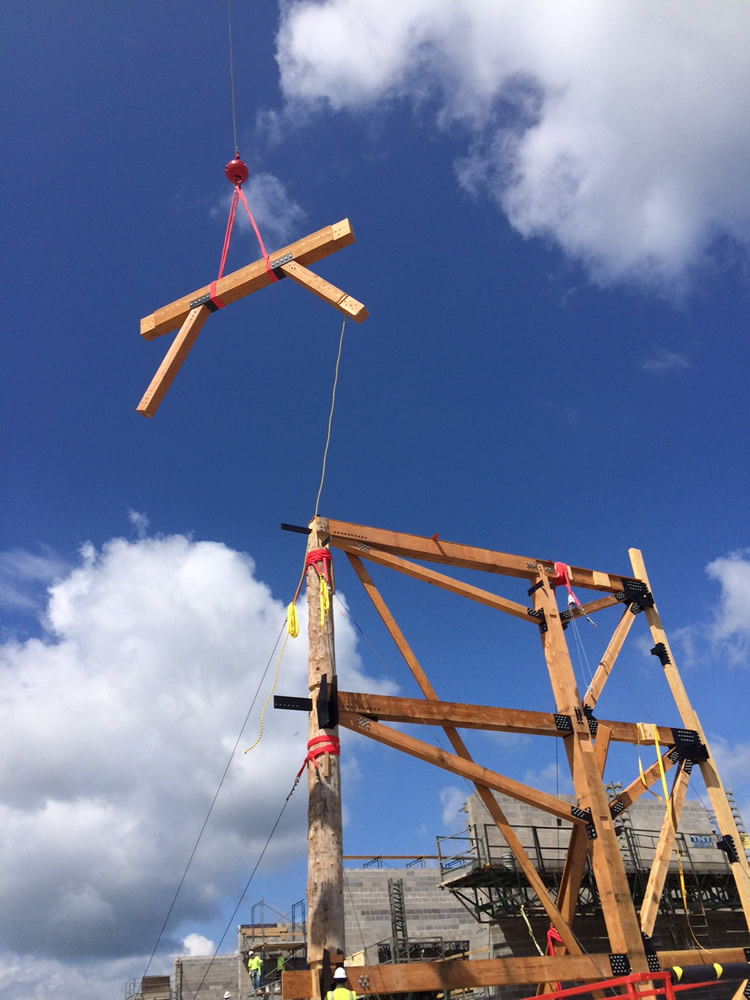 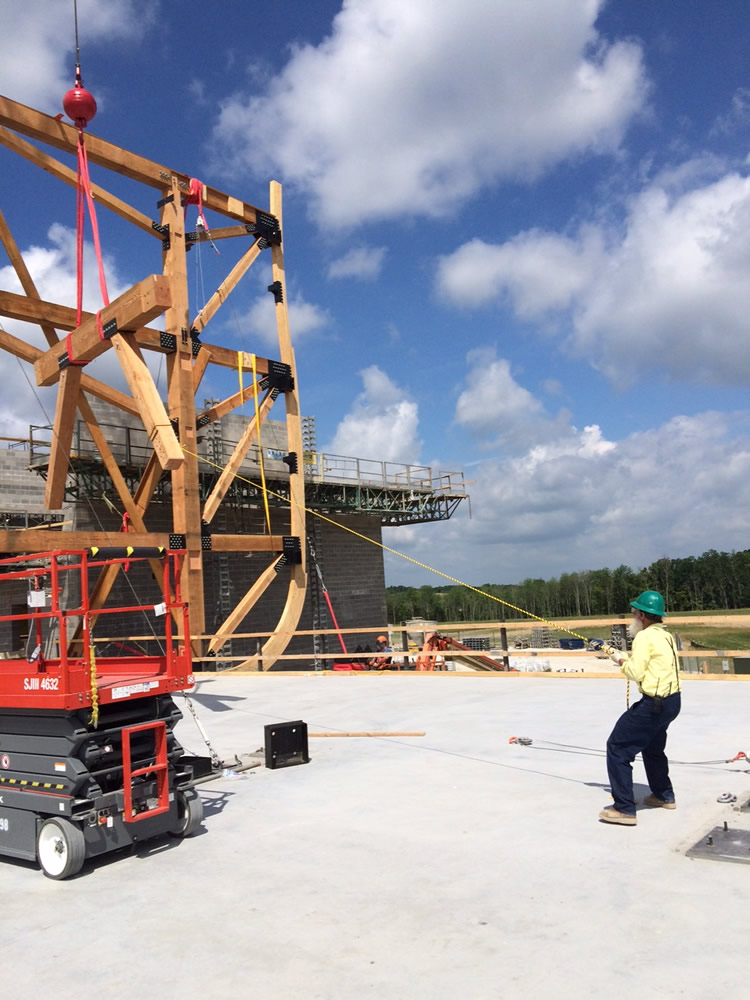 Previous Article Today Is the Day Next Article Babel Diorama