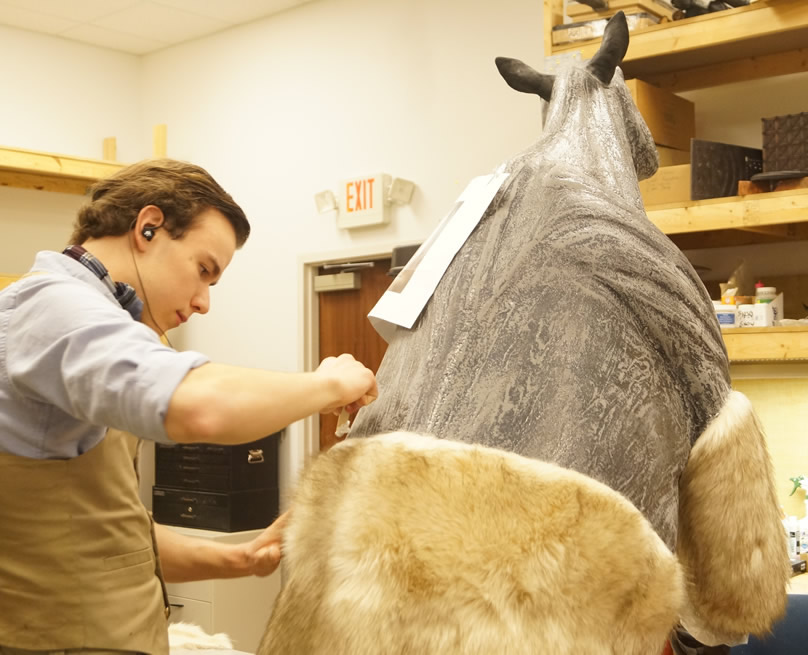 But it looks pretty funny! Levi, an AiG fabricator for the Ark Encounter, is working on applying the fabric fur to Mr. Anisodon. This guy and his mate are going to live in the second-largest pen size on the Ark. The only larger cage on the ship will contain a pair of young nigersaurs—a variety of sauropods: big plant-eating dinosaurs with long necks and tails. 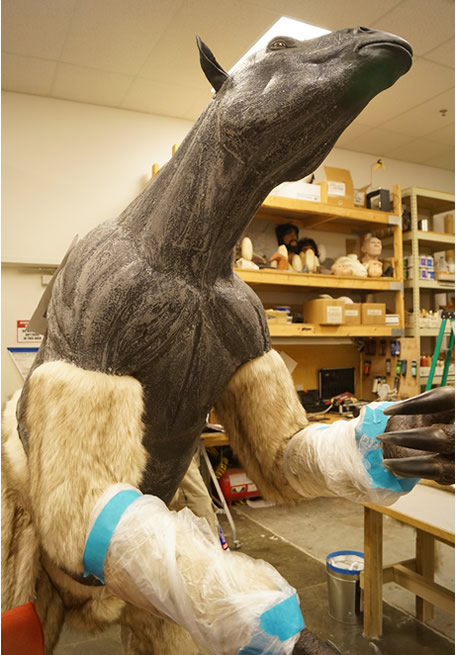 Once Levi finishes attaching all of the pre-made fur with a construction adhesive, he’ll send Mr. Anisodon off to get his fur painted. It will look something like this drawing when it’s done. 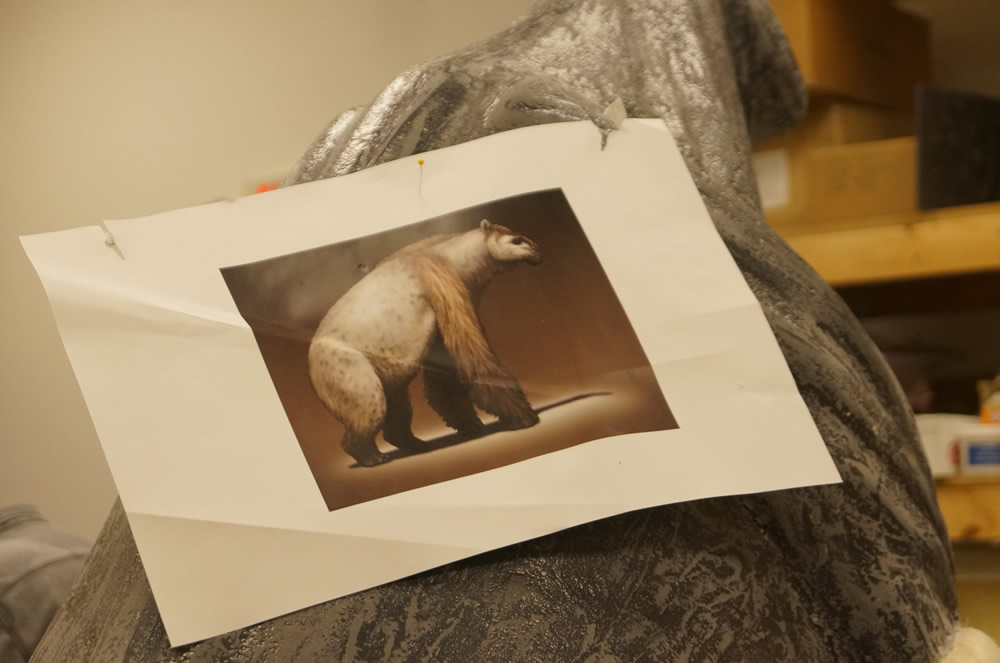 By now you might be wondering what a chalicothere is, and what members of this kind look like today. Glad you asked! Chalicotheres are a kind of odd-toed ungulate—like horses, rhinos, and tapirs—that apparently went extinct shortly after the Flood. They featured horse-like heads and bodies that sloped down from the shoulders. Some of them had cushy front feet and walked on them like cats and dogs, while others, like Anisodon, walked on their knuckles like gorillas, at least on their forelimbs. How do we know they existed? So far, we’ve found their fossils in pre-Ice Age rock layers of Africa, Asia, Europe, and North America. Learn more about the chalicotheres. 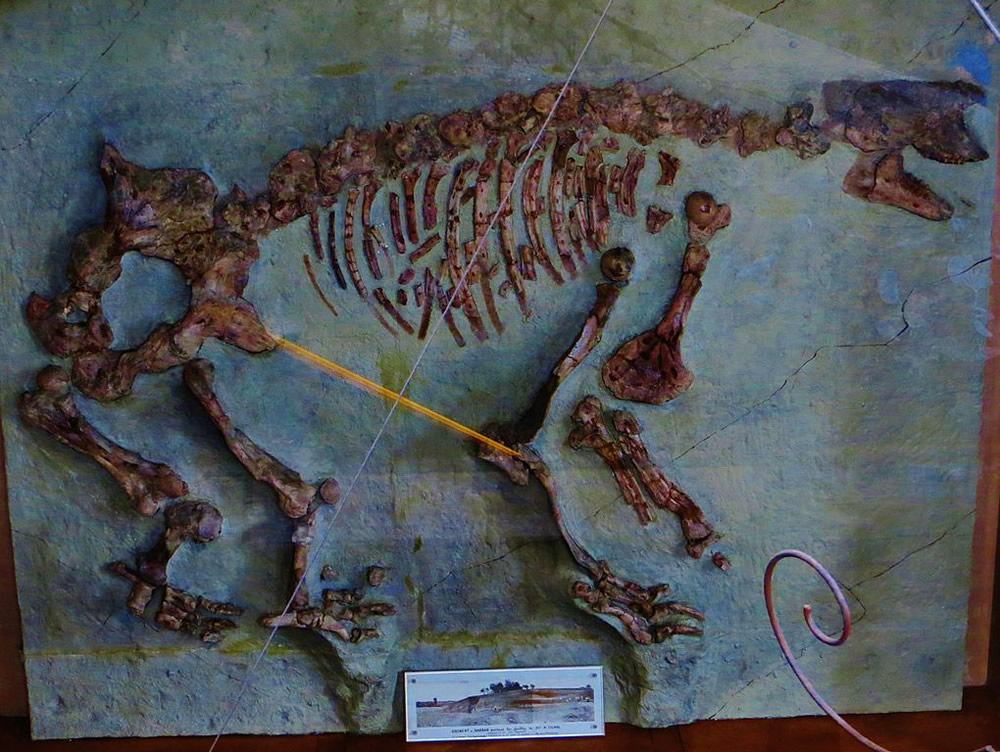 Image by Ghedoghedo, via Wikimedia Commons.

Since there’s nothing quite like chalicotheres in the world today, the AiG designers and fabricators affectionately call them, “Big Knuckle-walking Rhino-sloths.” Sounds reasonable, right?

Previous Article Yaks, Kangaroos, and More at the Ark Zoo Next Article How Many Bats Were on Noah’s Ark?