In this series, we thought it might be fun to show you some extinct animal “kinds”—varieties that Noah interacted with that we do not. We’ve already covered the entelodont, macraucheniid, and barylambdid kinds. Let’s examine the chalicotheres. 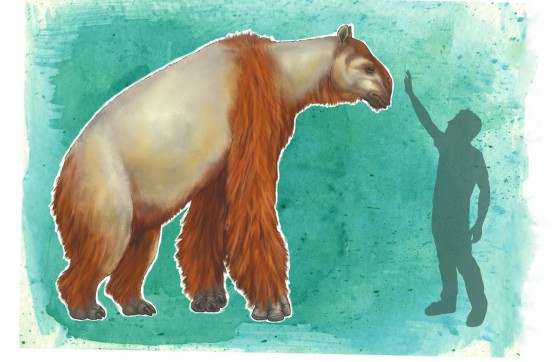 Chalicotheres are an extinct family of animals belonging to the Perissodactyla—an order of odd-toed ungulates containing horses, rhinoceroses, tapirs, and numerous extinct groups. It is clear that Chalicotheres were herbivores—that is, they ate plants. Based on tooth and claw wear studies, researchers have concluded that they were not diggers and likely ate soft vegetation.

Thus far, Chalicothere fossils have been found on nearly every continent—all in rock layers that likely correspond to early post-Flood sediments. After the Flood, Chalicotheres may have persisted into the early stages of the Ice Age.

On the other hand, there are some people who have suggested that “Nandi bear”—an unconfirmed creature reportedly seen in Africa—may actually be a living chalicothere. The chief problem with this suggestion is that the “Nandi bear” is reportedly carnivorous, whereas all chalicotheres were clearly herbivorous.

Chalicotheres are divided into two subfamilies acknowledging two basic body designs. One group—the chalicotheriines—had long, gorilla-like forearms and strongly sloping backs. Also like gorillas, chalicotheriines were apparently knuckle-walkers. The other group of chalicotheres—the schizotheriines—had shorter forearms and probably walked on padded toes, like dogs and cats. All chalicotheres had horse- or rhinoceros-like heads, clawed toes, and short tails. Their lower arm bones, the radius and ulna, were fused together for strength—a design that prevented them from rotating their hands around. Certain chalicotheres even had dome-like bony crests on their heads, somewhat resembling those of pachycephalosaurid dinosaurs.

As far as we can confirm, there’s nothing quite like chalicotheres in the world today. They certainly point to the unsurpassable creativity of God!