When you tour the inside of the Ark Encounter, you will come across many different animal kinds. You will recognize some of them, but others may look completely unfamiliar. Let’s take a look at a few of the Ark’s furry inhabitants.

The bear kind is represented in the first cage on your left as soon as you pass through the small animal cages on the first deck. This is also where you will find the sculptures for the deer kind. They look pretty lifelike, don’t they? 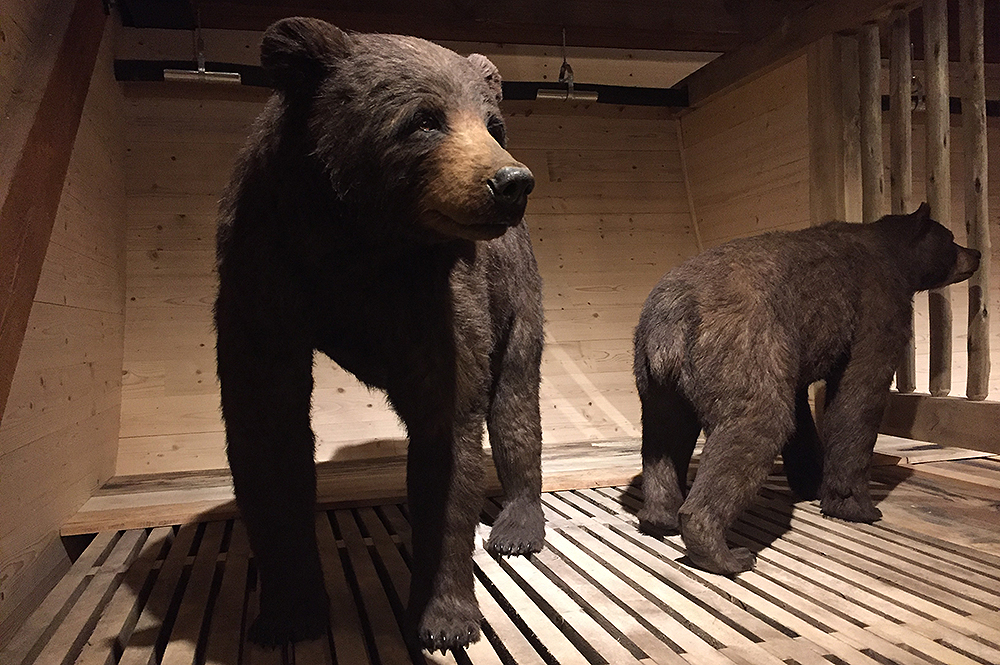 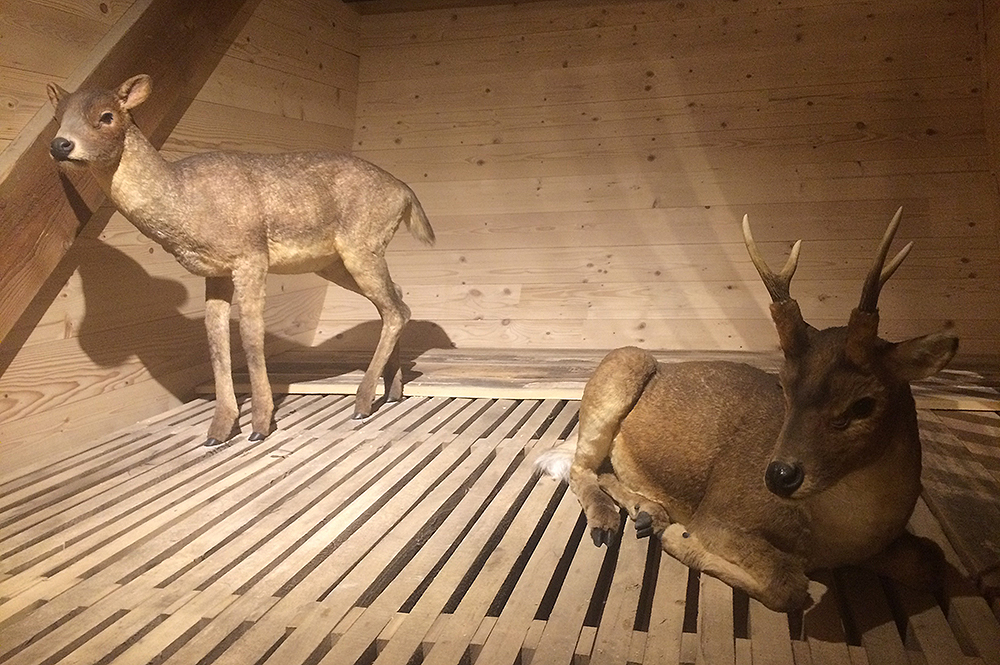 Once you make your way to the second deck, be on the lookout for the large cage containing the giraffe kind. Due to the length of their necks, these sculptures may look very different than expected. The animals on board the Ark Encounter were designed to resemble how each might have looked during Noah’s time, not how we are accustomed to seeing them. 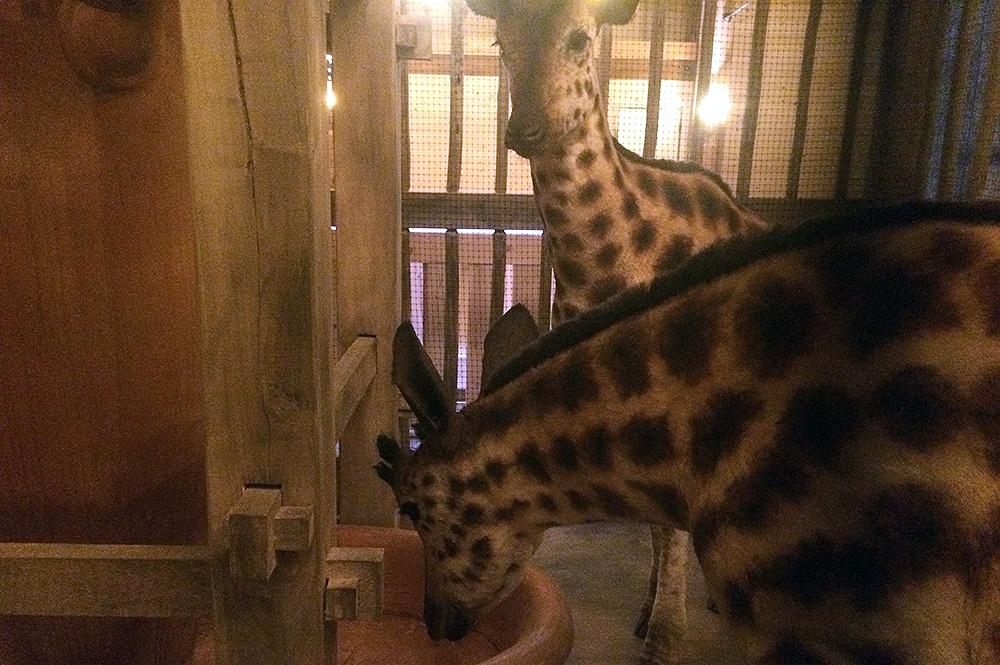 Have you ever seen a thylacosmilid, entelodont, or chalicothere? Well, most of us hadn’t either—until now! These are just a few of the unfamiliar animals you can see and learn about in the Ark. 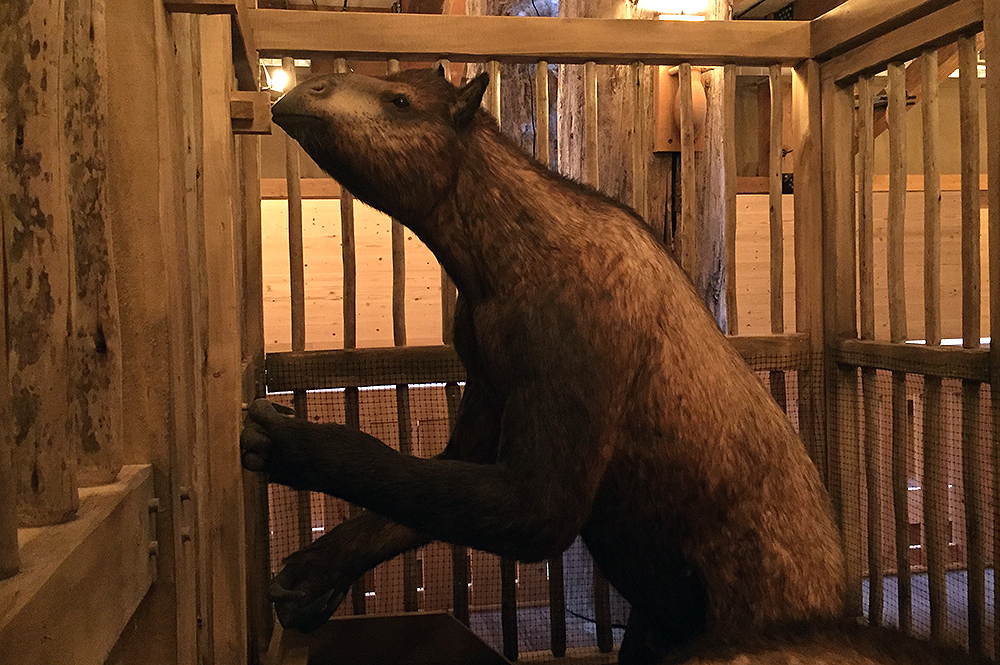 This one is a chalicothere known as Anisodon. Since there’s nothing quite like these creatures in the world today, the AiG designers and fabricators affectionately named them, “Big Knuckle-walking Rhino-sloths.” 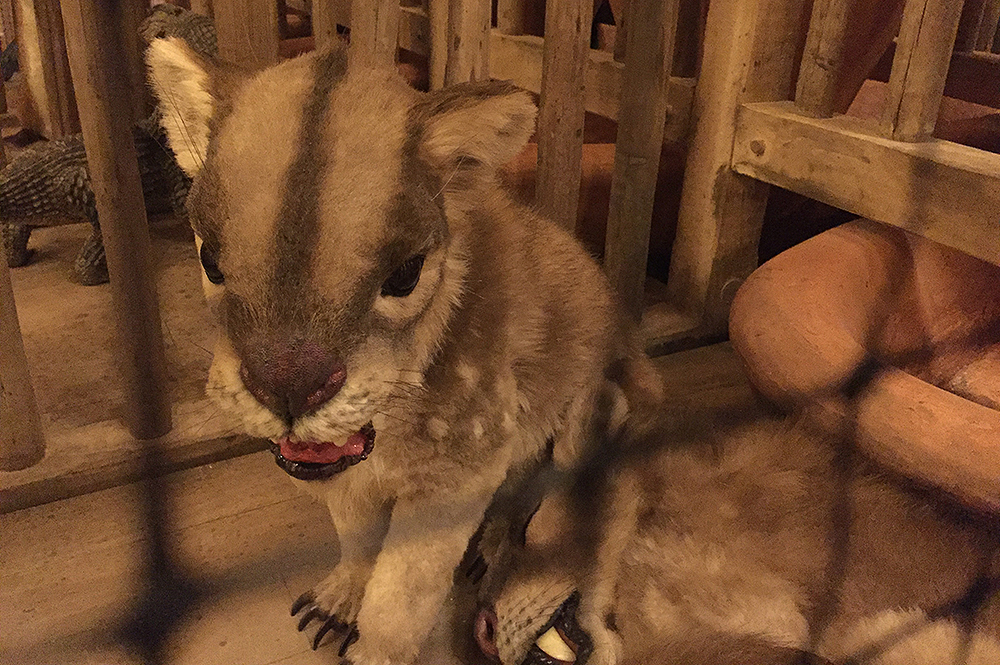 Though the thylacosmilid figures look a lot like saber-toothed cats, they were actually classified in a group that includes marsupials. These represent young animals, but the largest of these creatures grew to the size of a jaguar! 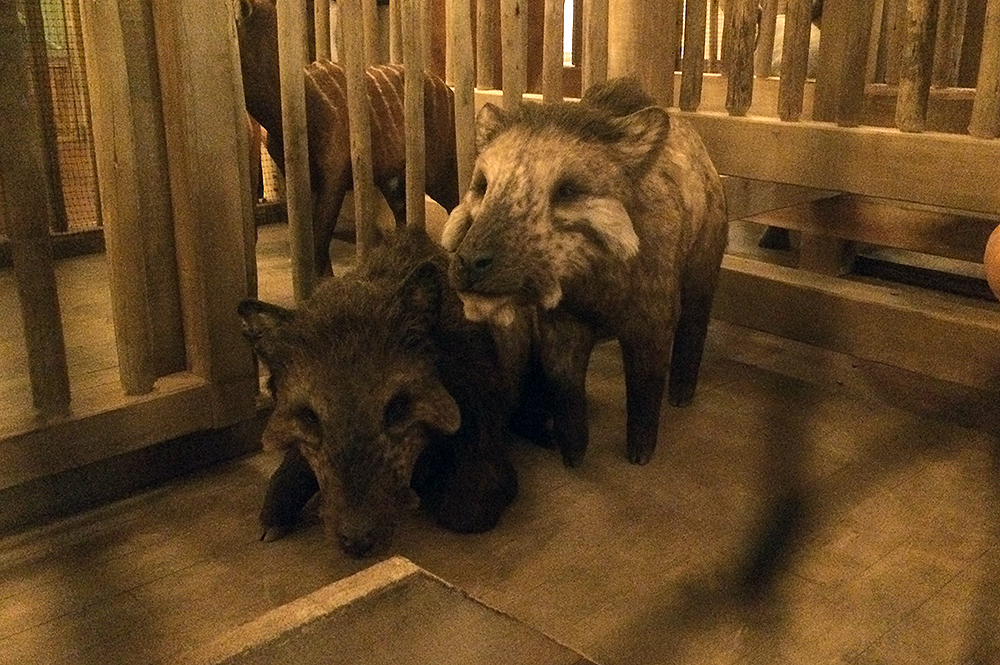 Originally classified as pig relatives, entelodonts are now considered a rather unique variety of animal. They were likely omnivorous—that is, they would eat just about anything.

Our designers and artists put a lot of time into researching the animals that are displayed inside the Ark. They examined fossil evidence and compared the various species within the kinds present today to determine the traits that may have been visible in the pairs on board Noah’s Ark.

Since guests come across several now-extinct animals on the Ark, one question we hear repeatedly from guests is, “What is that?” Our design team has created identification signs for each pair of animals to help answer that question. Initially, these signs were not included because we wanted this part of the Ark to feel more like the original Ark, and Noah probably did not have these on his cages. But we quickly realized that our guests wanted to learn more about the animals that were included. 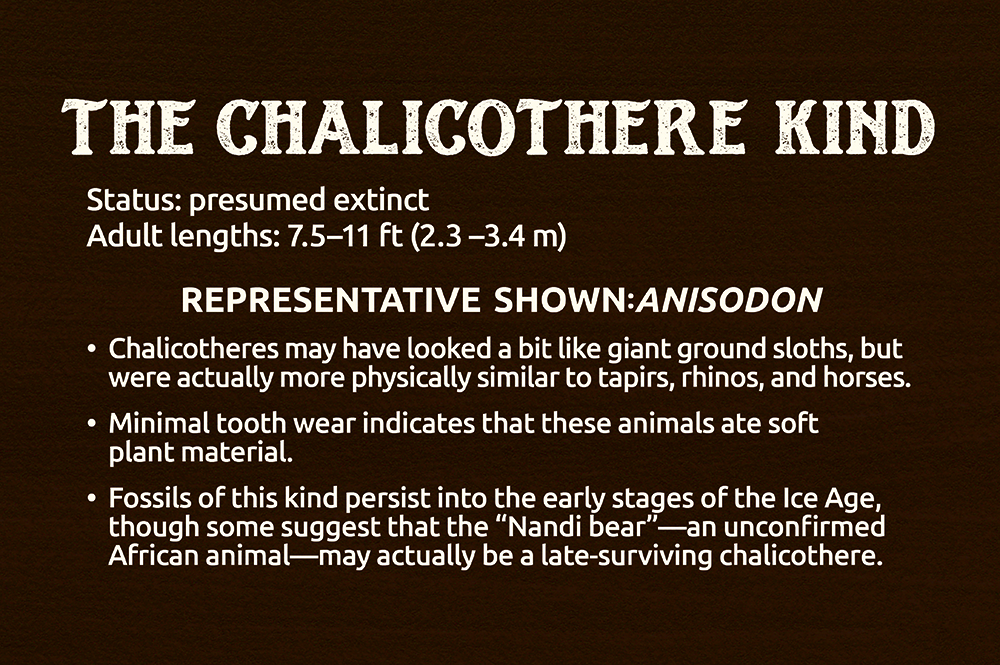 Start planning your visit to the Ark Encounter now so you can meet all of our animals, both inside the Ark and outside at the Ararat Ridge Zoo. Share pictures of your favorite familiar and unfamiliar animal kinds with us on Instagram, Facebook and Twitter! Be sure to use #arkencounter when you post.