As you walk the three decks of the Ark Encounter, you will discover various figures representing some of the animals on Noah’s Ark. You will be amazed by how lifelike each animal looks, and may find yourself wondering how these figures were made. Here are five steps our artists took to create the animal sculptures inside the Ark Encounter.

Our artists worked with the content team in developing the life-like appearance of each animal based on fossil evidence and other material. Habitats, lifestyles, and relationships to other animals were all considered. 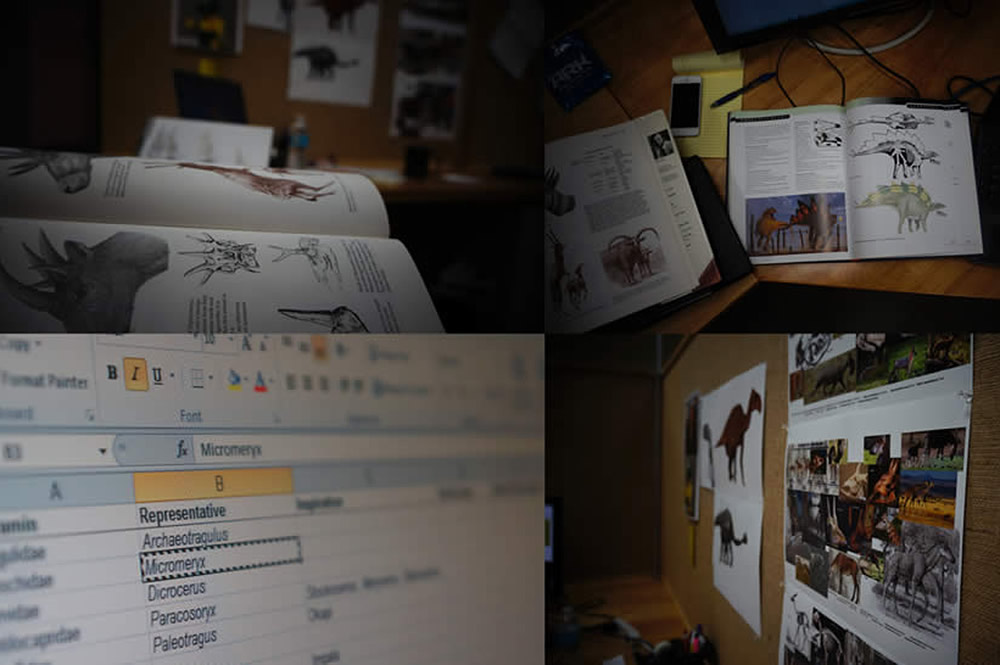 These details helped the artists decide what kind of fur or skin to give them, what color to make them, and so on. For more information about how our content team decided which animals to include, see our blog post, “Does the Bible Really Say...?”

Based on the research findings, our artists created illustrations for animals—such as the Anisodon—before sending them on for 3D modeling. For more “common” animals, they modified existing taxidermy forms. 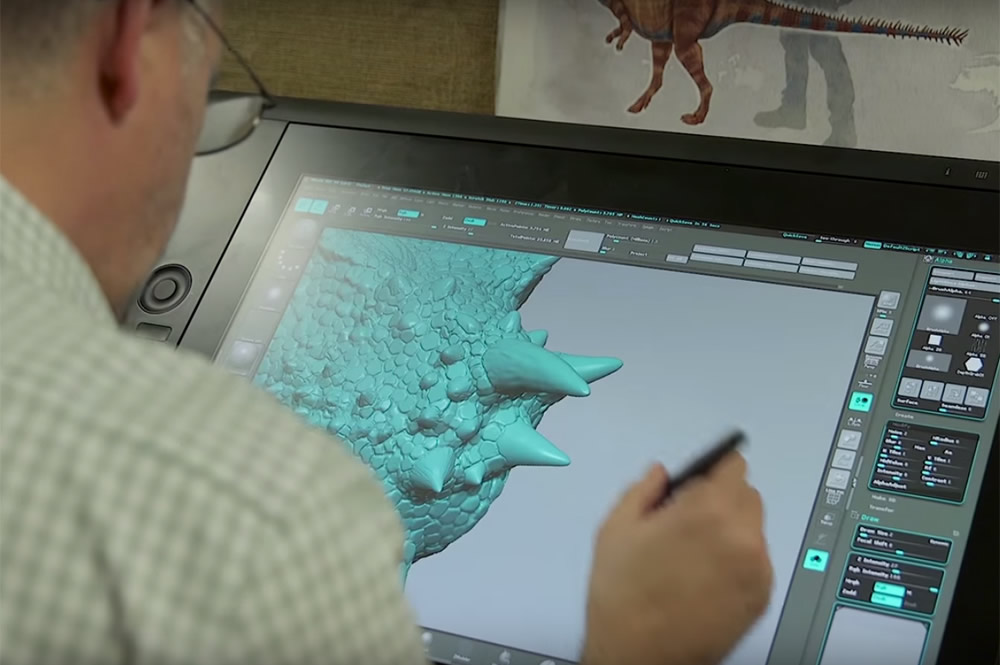 After the 3D modeling was complete, the forms were digitally sliced up and cut out of Styrofoam using a CNC machine. Once these pieces were put together, they were hard-coated and reinforced with steel before the designers sent them on to the next step.

Once the forms were hard-coated, our artists applied unique surface details. The scales to some of our animals were hand-sculpted out of epoxy putty. For fuzzy animals, such as the bears, the artists meticulously glued synthetic fur to the bumpy foam surface. 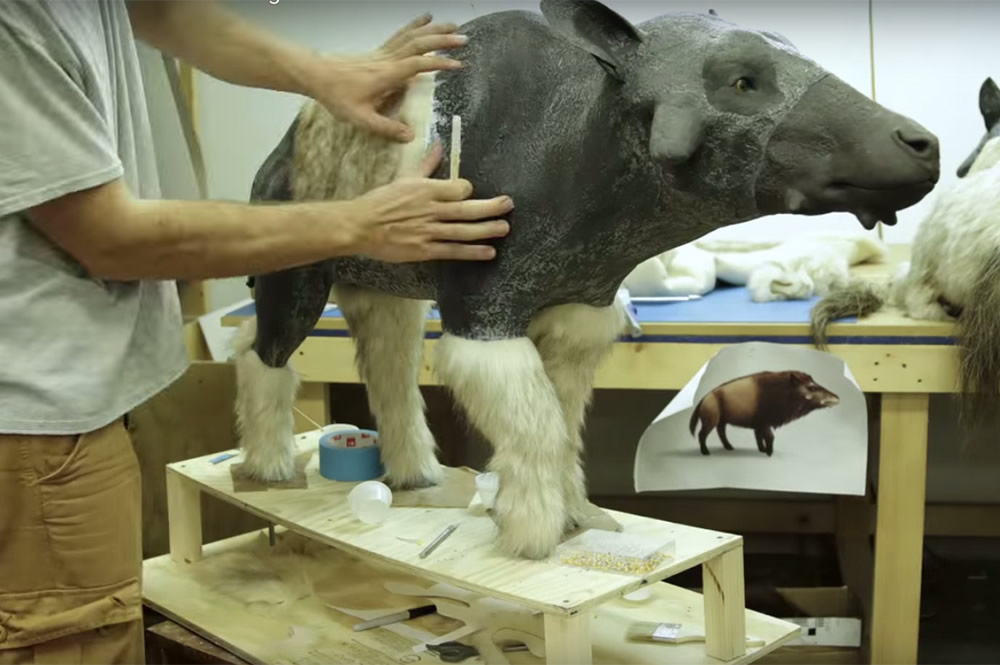 For the pigs, certain sections of the “skin” were hand-sculpted in clay and reproduced in silicone. The silicone pieces were painted, mounted on foam bodies, and covered in hair—each one individually inserted using a sewing needle. 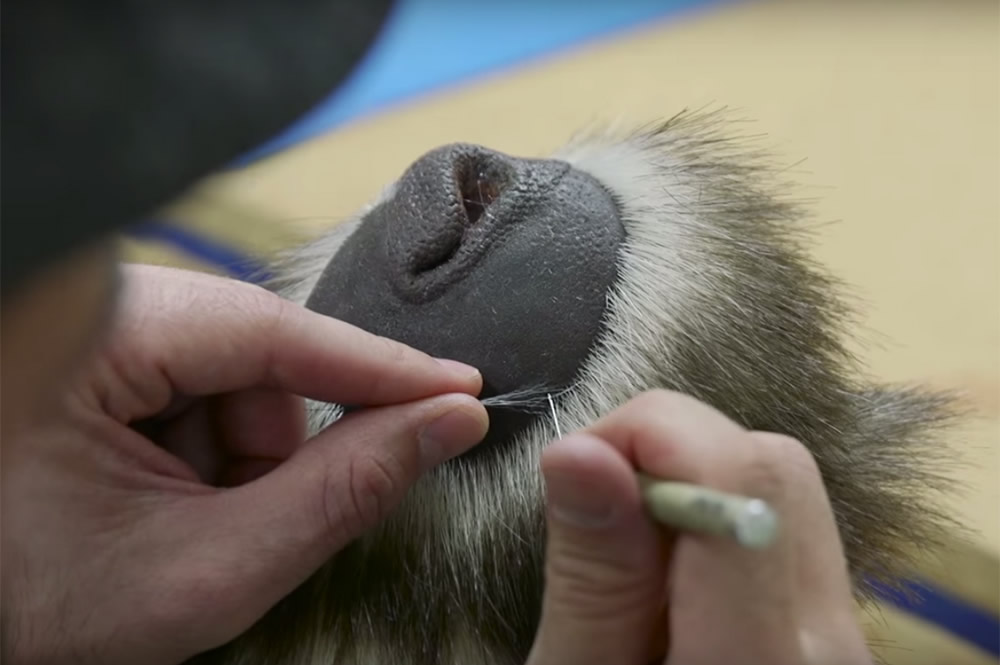 Some of the furred figures required a great deal of painting, such as the giraffes. Applying fabric paint with an airbrush, our artists helped these animals come to life! 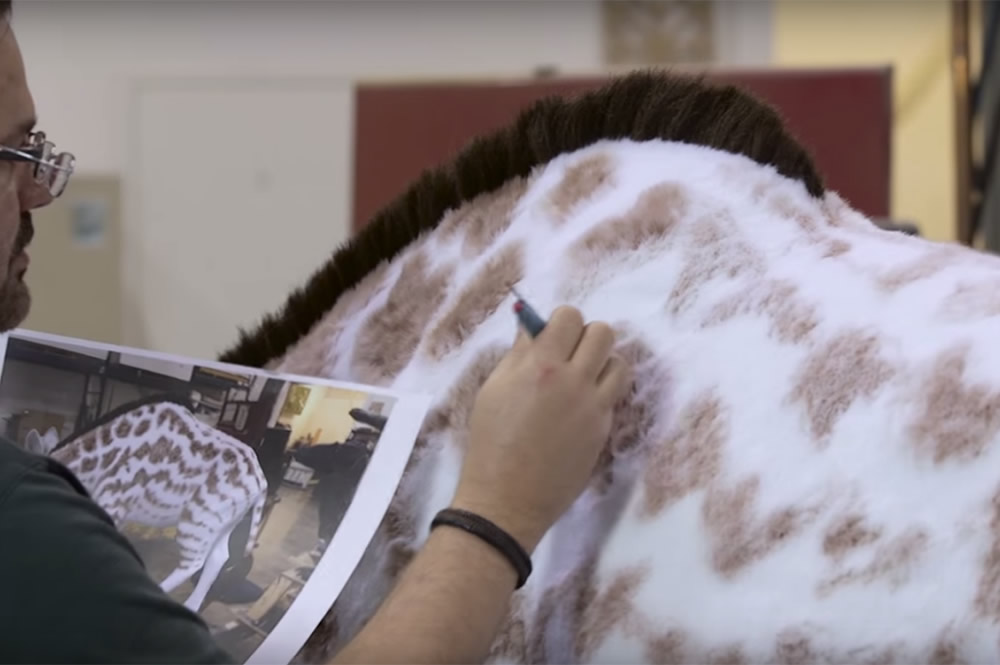 Watch the video below to learn more about this process: